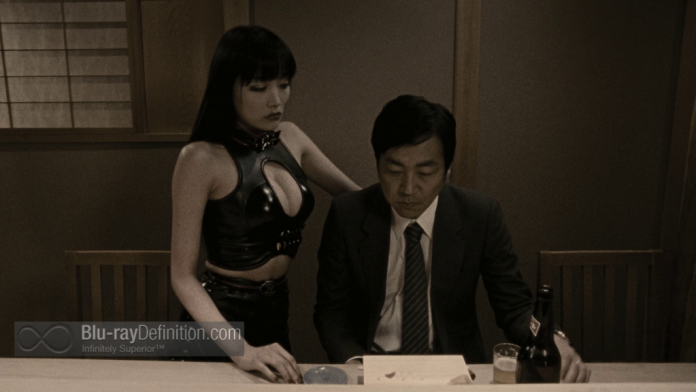 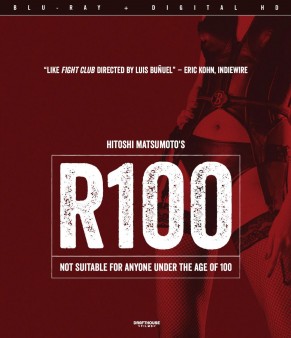 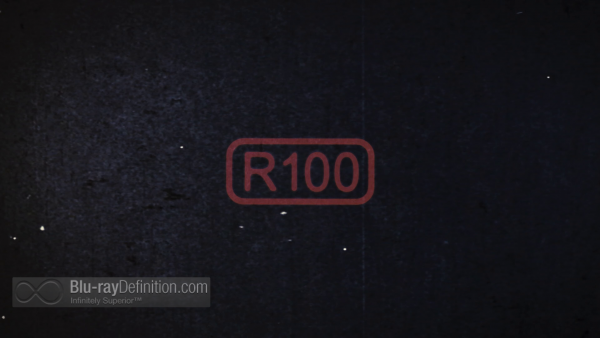 The film uses a lot of CGI effects, especially on Omori’s face when he is being “punished” by the dominatrices in order to show the perverted pleasure he derives from his humiliation. It is both funny and unsettling in the disfiguring appearance it gives him.

However, at the core, R100 is an uncomplicated mixture of psychological drama and dark comedy with hints of surrealism thrown in. Omori’s overstressed business man living an average life, but with overwhelming personal problems, is flawlessly portrayed. Meanwhile, the drab and gritty cinematography by Tanaka Kazunari sets an uneasy mood, even in the increasingly bizarre setting during the film’s fourth act, which aids Matsumoto’s balanced and surreal direction. 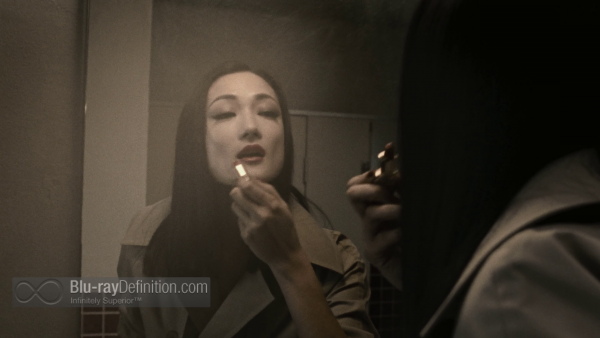 R100 was mostly filmed on 16mm in the Super 16 format on the Arriflex 16 SR3 Advanced camera utilizing Zeiss Ultra 16 and Angenieux HR lenses. Some scenes were shot in HD with a GoPro HD Hero 3 and Sony CineAlta F65. The film arrives on Blu-ray from Drafthouse Films in a 1080p AVC encodement, and right away one can tell it is from a film source, and a 16mm source, given the high level of grain and a somewhat soft detail in foreground shots. That said, it looks very organic and no video noise can spotted, neither is there any issue with edge enhancement or compression noise. The color palette is muted, but shadow and contrast is solid. 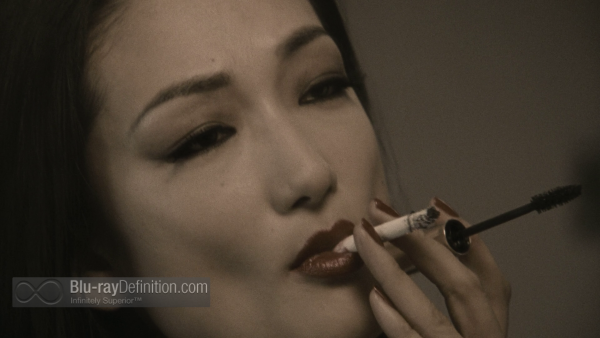 We get a Japanese DTS-HD Master Audio 5.1 (48kHz/24-bit) soundtrack that is wonderfully balanced and atmospheric with full and clear dialogue. The surround channels carry mostly some low-level atmospheric sound effects, but the mix works, with its blend of dialogue, classical and EDM music. 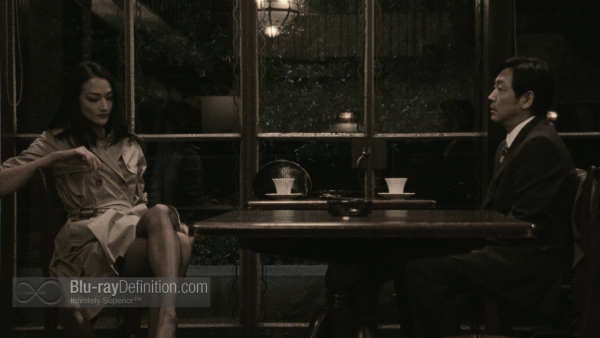 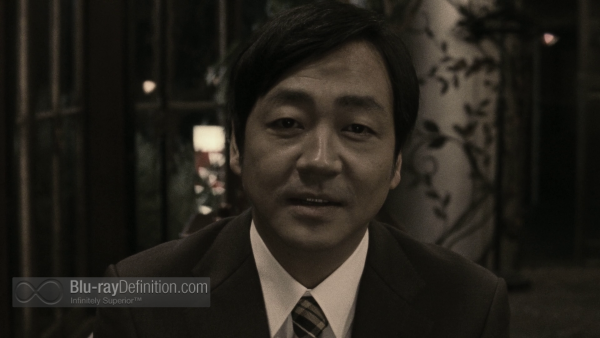 A dark and unsettling comedy that exposes the stresses of modern living and lampoons the indie filmmaking world at the same time, R100 is that unique sort of art that defies labeling, revels in its naughtiness, and leaves one thinking when it’s all over. 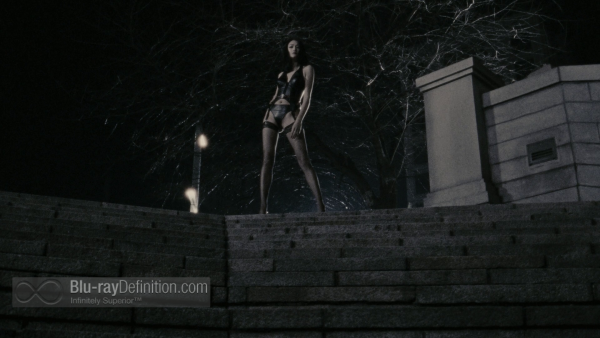 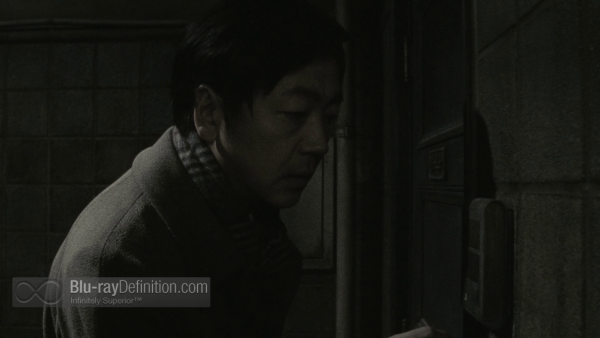 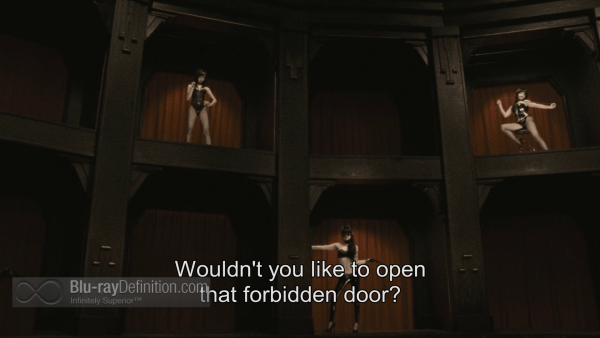 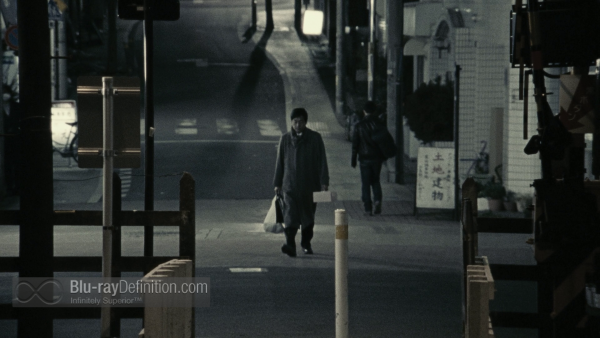 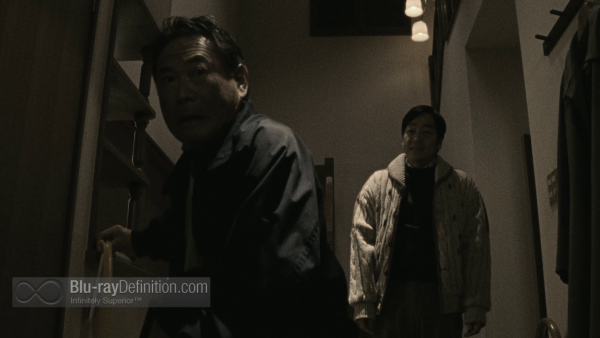 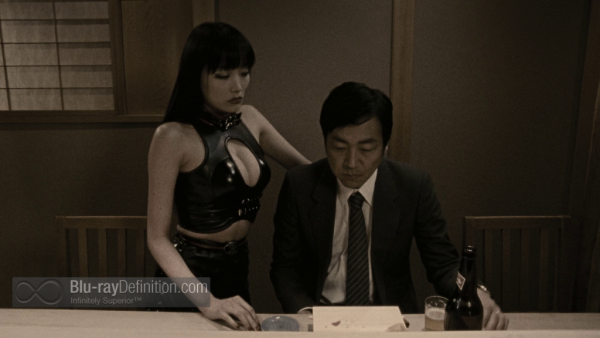 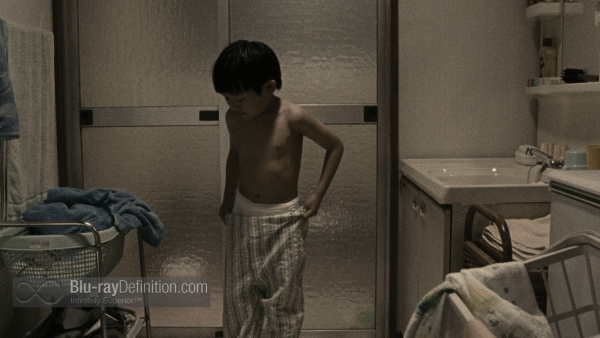 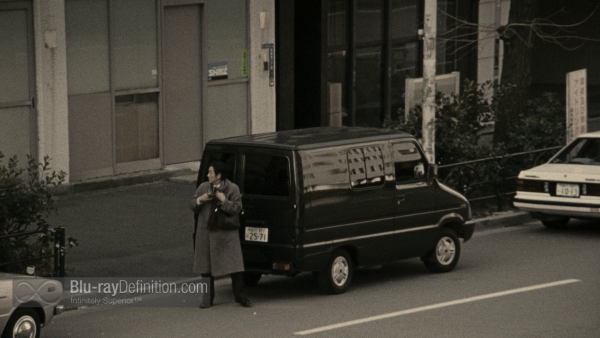 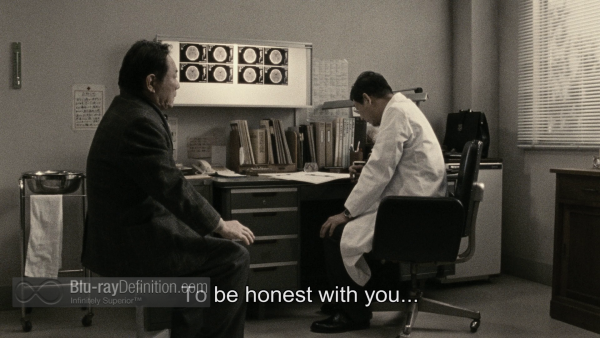 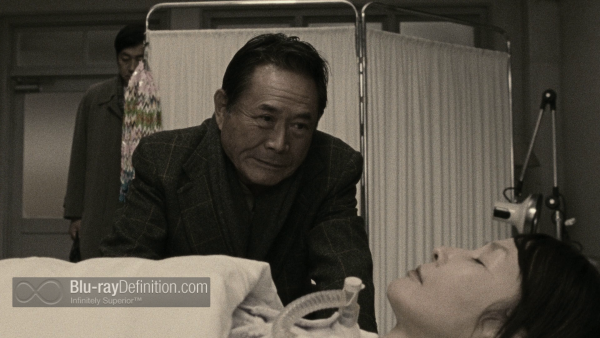 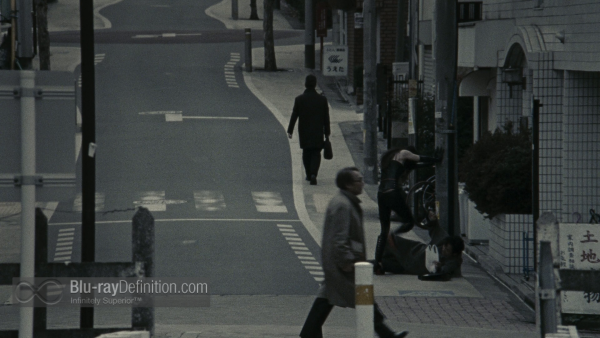 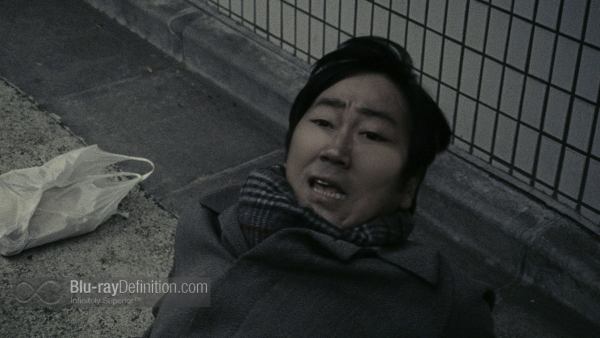 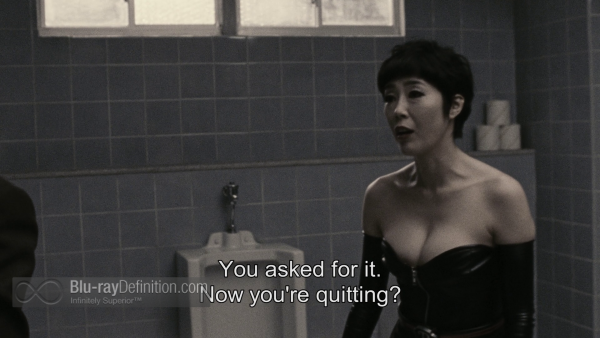 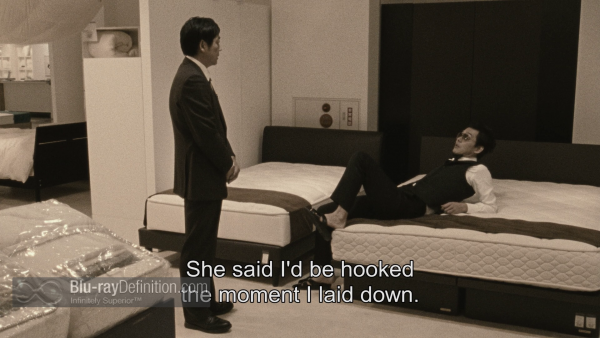 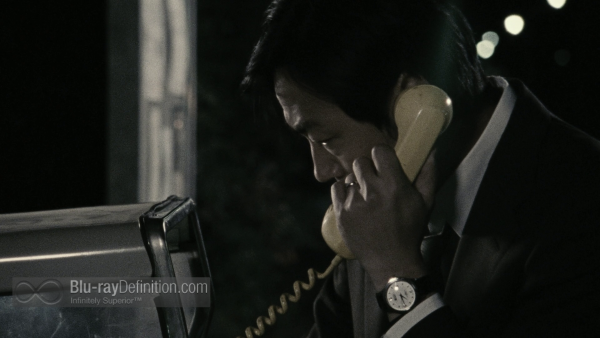 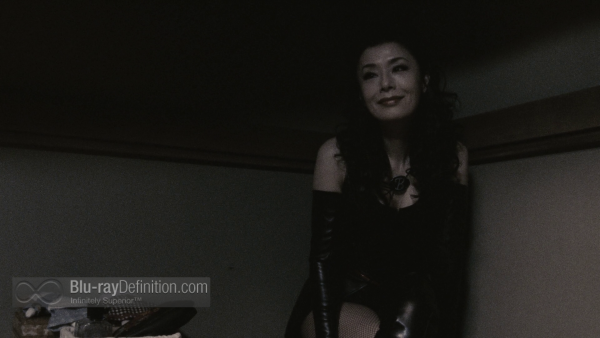 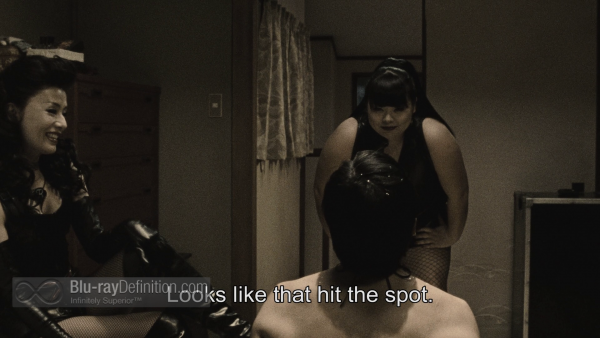 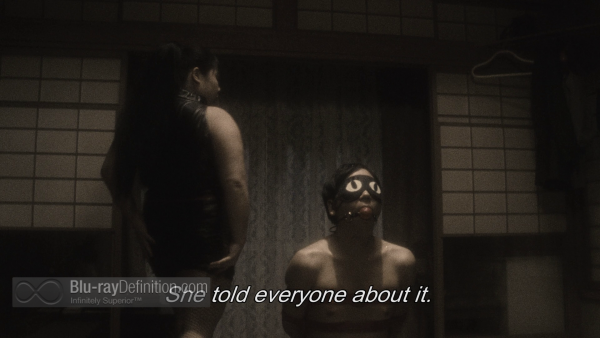 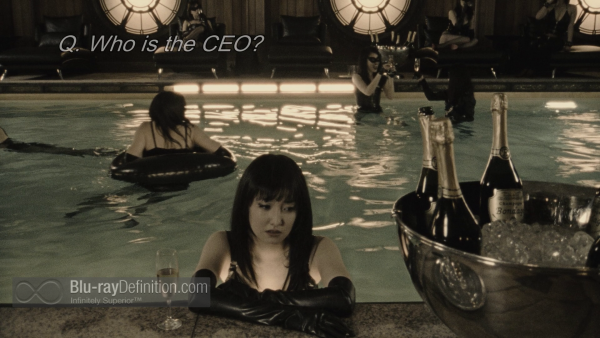 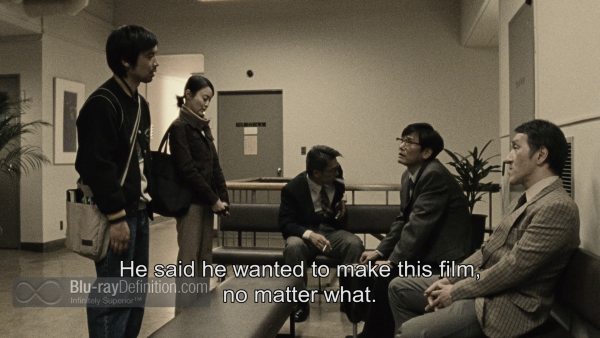