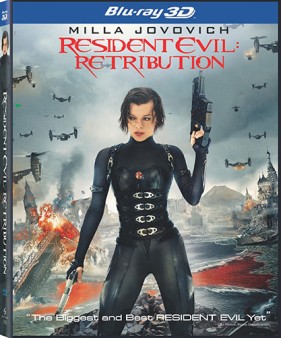 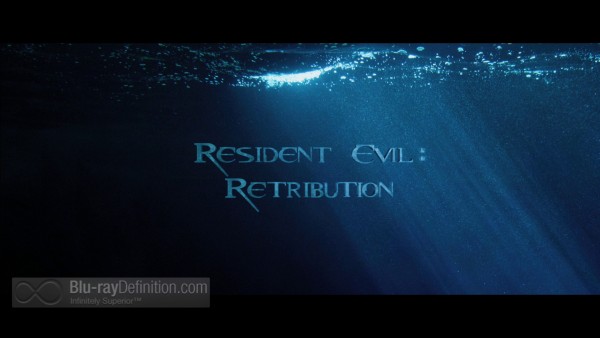 Alice’s adventures in zombieland continue in the fifth installment of Resident Evil, written and directed by Paul W. S. Anderson. The director imparts his frenetic, no holds barred action style once again to the this film, picking up right where he left off in the much-needed reenergized Resident Evil: Afterlife. Still, he continues to walk the tightrope of Matrix rip-offs, Ghost in the Shell homages, and thinly fleshed out characters all in the name of the gods of action and video game franchises. If you’re already a fan of the franchise, you’ll probably enjoy the nonsensical ride, if not, Resident Evil: Retribution will not only not win you over, but it will leave you dazed, confused, and in a bacchanal of special effects wizardry.

Alice (Milla Jovovich) is back as the franchise heroine, stripped of her former superhuman strengths and still fighting the nefarious multinational Umbrella Corporation responsible for creating and spreading the infection that has caused the zombie apocalypse. They’ve been testing their biological product on Alice clones, among others, and selling them to all the governments of the world, in secret bidding wars against one another. Now Alice must fight her way through Umbrella Corporation’s secret testing facility buried deep beneath the frozen northern lands of Russia. The supercomputer running the facility, the Red Queen, is determined to keep her from escaping, and forces her through a series of dangerous simulations where they test their bio-weapons. Through virtual Tokyo, Moscow, “suburbia,” even New York City, Alice must fight her way through the various levels, with the help of her team members recently arrived to assist her, while the Red Queen and Alice’s former ally turned nemesis Jill Valentine (Sienna Guillory) try to kill her. Obstacles include zombies, monsters, undead Russian military motorcycle troops, missiles, even clones of former team members. It becomes increasingly like, well, a Resident Evil video game.

The visual effects and fight sequences are downright awesome, especially when viewing in 3D (trust me 3D haters, this movie needs 3D). Anderson does have an annoying habit of overusing some gimmicky effects to the point where you begin to get a little bored, however. For instance, the slow-motion bullet flying through the air or right at your face trick gets old quickly. He does save a few tasty pop-out effects from his bag of tricks for later on in the film however, and one can’t argue with how well he uses the sense of space and things like rainfall to enhance the 3D experience. Never mind that we are basically watching a live action video game that “steals” heavily from The Matrix and just about every anime flick ever made. 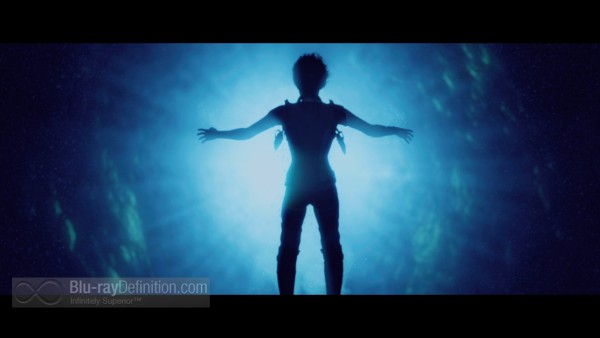 Resident Evil: Retribution is an original high definition and 3D production shot on the Red Epic in 4K resolution. The overall image quality in standard 2D high definition looks fantastic, just as one would expect from a film like this, in this AVC/MPEG-4 encodement from Sony. The contrast is sublime, black levels are inky, whites gleam without clipping and dark scenes show nuanced details with only the slightest hint of digital noise from those HD cameras. The 3D effects are outstanding as well, maybe even surpassing the last film, Afterlife, overuse of slow-motion bullet effects notwithstanding. There is a great sense of depth and pop-out, very little crosstalk (ghosting) and when things aren’t being too gimmicky, the 3D looks quite natural. 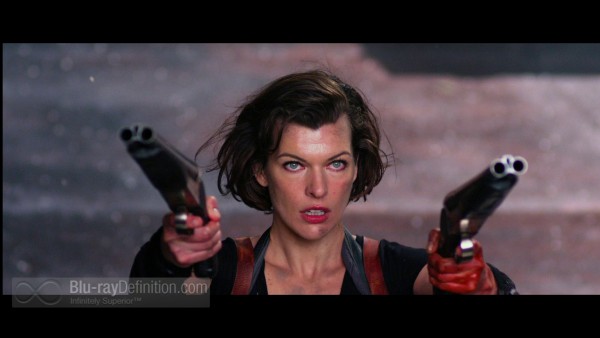 Were it not for the usual, persistent use of electronica in the film’s soundtrack that just has too much of a fake and tweaked sounding high-end, this DTS-HD Master Audio 5.1 (48kHz/24-bit) soundtrack would be flawless. Just as one might expect for an action/sci-fi film, and from the Resident Evil franchise, this one is aggressive and hyperactive. Bullets fly, punches and kicks land with the thud of an elephant stomping through a mine shaft, growls, groans, grunts, engines, and helicopter blades are likely to come from any direction. The balance is sublime and the clarity is spot on. 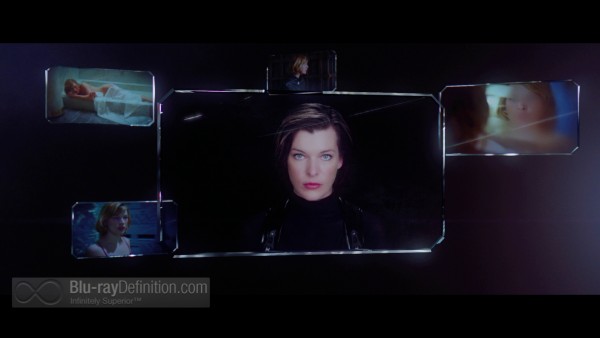 There’s a big package of supplements here, including two audio commentaries with writer/director Paul W. S. Anderson, approximately 17-minutes of Deleted & Extended scenes and Outtakes, and 50-minutes of production featurettes. Additionally, this set comes with an interactive Resident Evil “database” to help you connect the dots in this long-running franchise and an UltraViolet digital copy. 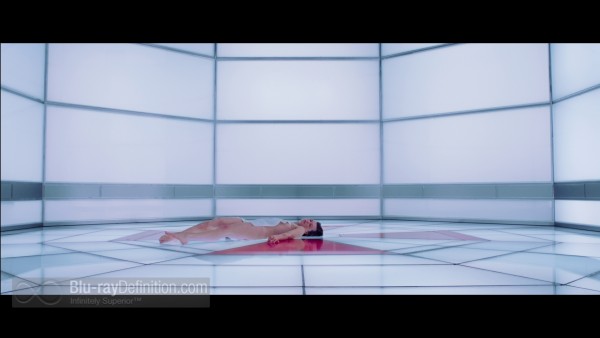 To be a little obvious and redundant here, you have to love Resident Evil to love Resident Evil:Retribution. Anderson throws every action trick in the book at you in a nonstop onslaught from beginning to end. Explosions, acrobatic fight sequences in timed stop-motion, slow-motion, and double-speed, impossible acts of gunplay (get shot in the chest lately and still manage to catch the gun you happened to throw up in the air 10-seconds earlier so you can kill the guy who just shot you?), stilted dialogue, and, well, maybe some sort of plot aside, Retribution has its moments. 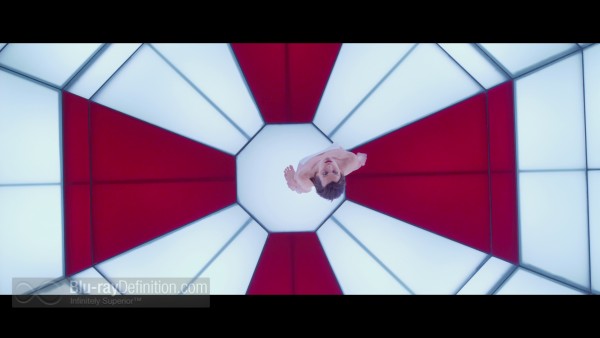 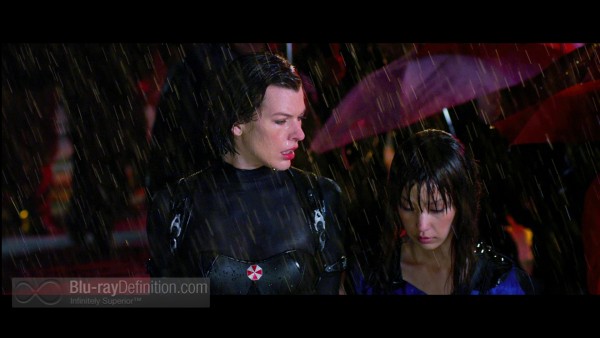 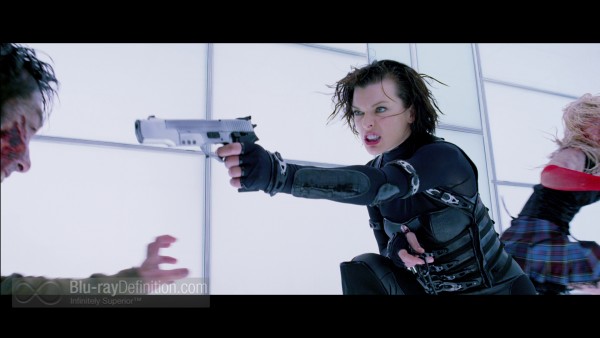 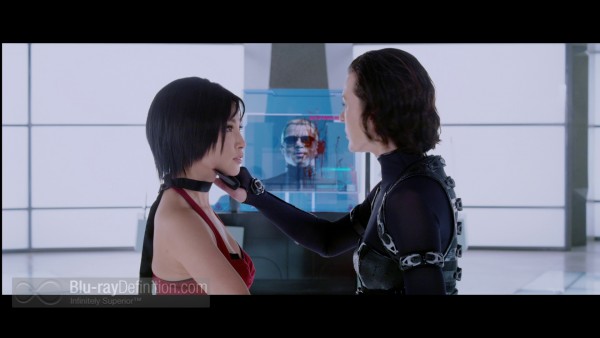 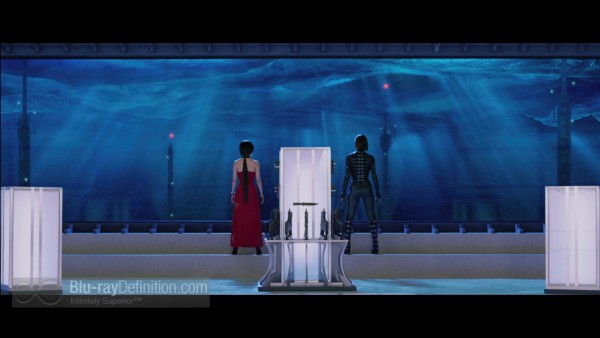 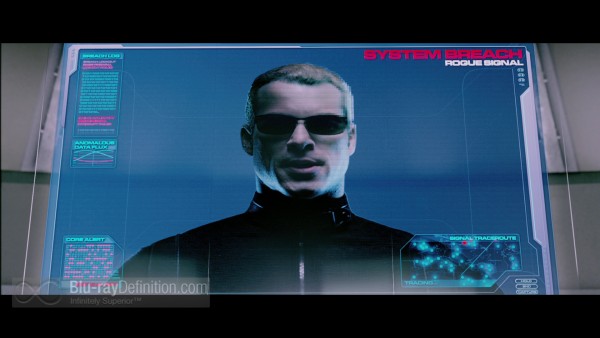 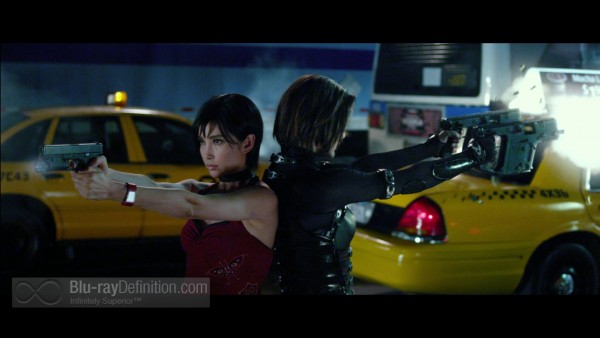 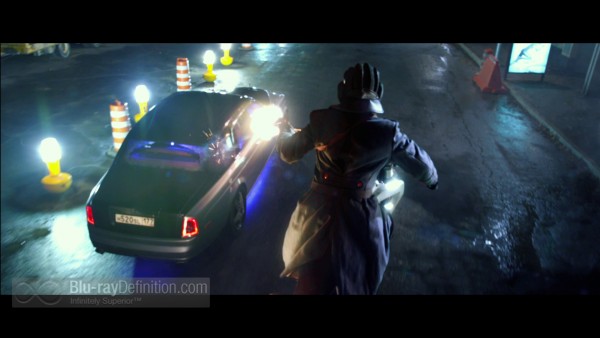 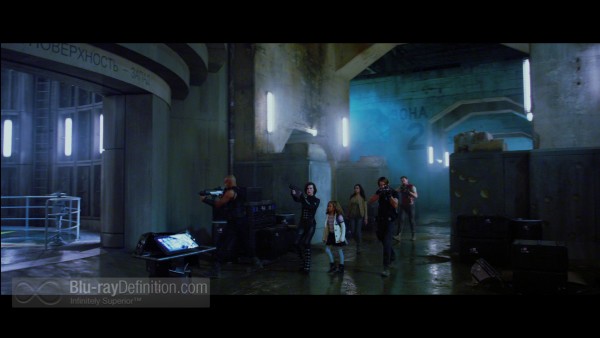 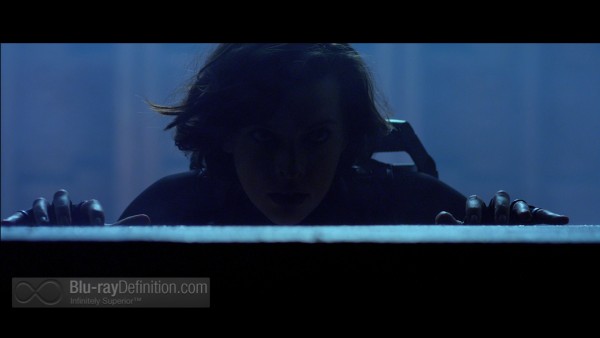 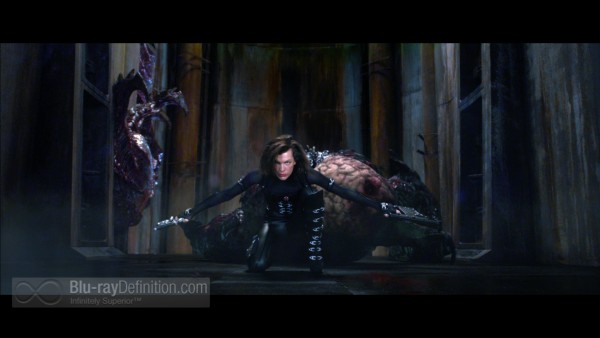 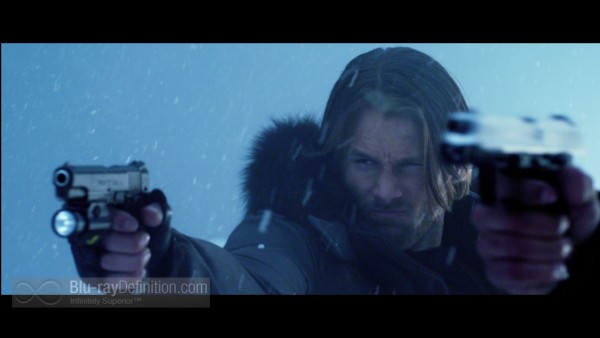 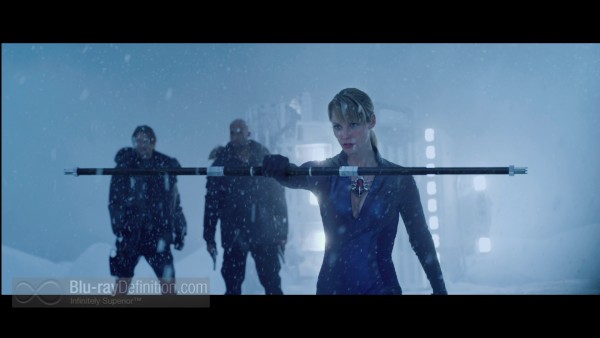 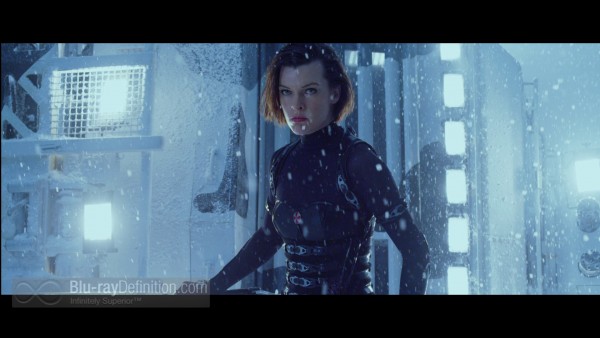