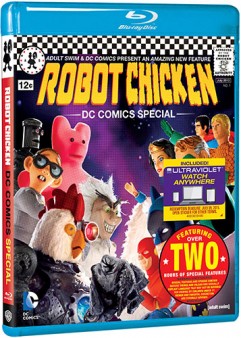 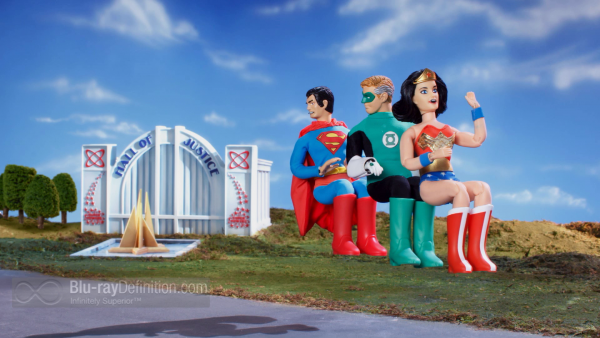 The Robot Chicken folks, namely Seth Green, turn their twisted attentions to the DC Comics superhero universe in this 22-minute long special. In a typically quick-paced set of stop-motion skits that tackle the Justice League of America and the League of Doom that find Superman having a superpower in which he can kiss away people’s memories and Batman constantly being crippled by back-breaking blows from his nemesis Bane, the show interweaves a story in which Aquaman, feeling underappreciated, considers turning evil and joining the League of Doom. There are far too many in jokes, out jokes, snickers, sneers, and general lunacy to list in the scope of this review, and I couldn’t possibly do it justice anyway. Let’s just say that, at 22-minutes, it actually feels like just the right length to sustain the gag, and fans of both the Robot Chicken brand of humour and the world of DC Comics will find plenty to be amused by here. 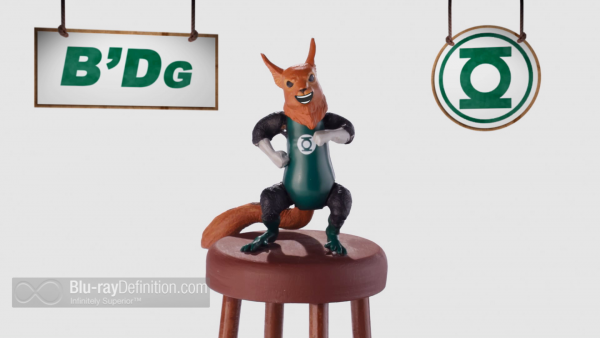 The image presented in this VC-1 1080p encodement is clean and detailed with richly saturated colors. There are no signs of crush or digital anomalies, and darker areas show good nuance, even of the overall quality of the production isn’t exactly the sort that makes for superior reference material. 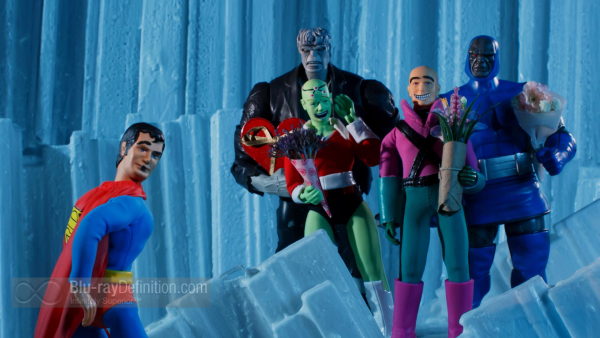 An English Dolby TrueHD 5.1 (48kHz/24-bit) soundtrack is offered that won’t be shooting to the top of anyone’s list of showcase soundtracks anytime soon, but is effective nonetheless, with clean dialogue and an ever so slight punch in the low end. 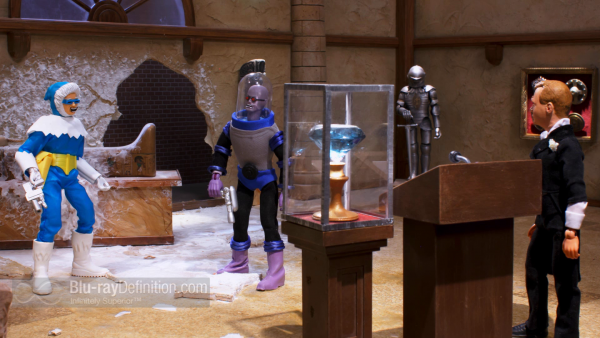 The bulk of the supplements are the commentaries, which can also be somewhat comedic in a completely meta way. Some additional rough cuts and outtakes are also included that continue the zany atmosphere. 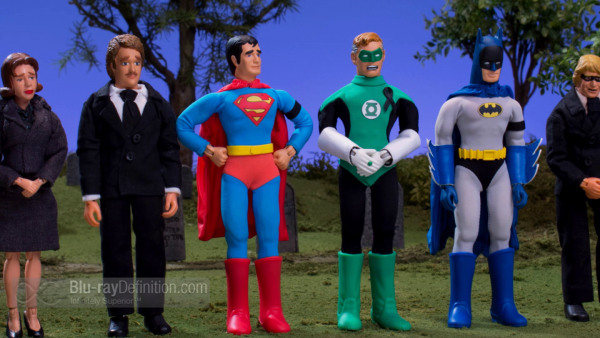 It still amazes me how Robot Chicken manages to get away with parodying so many high profile characters and brands without running into at least one or two ill-advised lawsuits, given how touchy some of these companies can be over their “intellectual property” as it were. This DC Comics Special may not be worth the list price given it brevity, despite the claims of “two-hours” of extras that really amount to some hit or miss outtakes and a lot of commentaries, but the special itself is on the money. 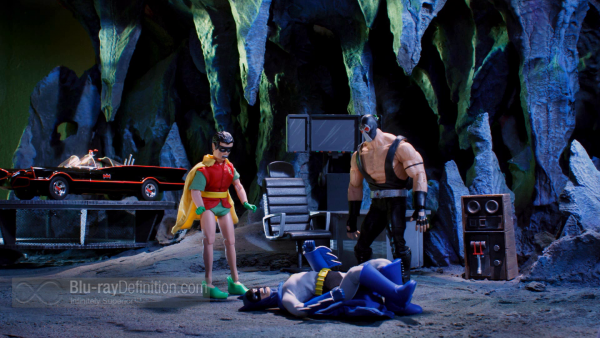 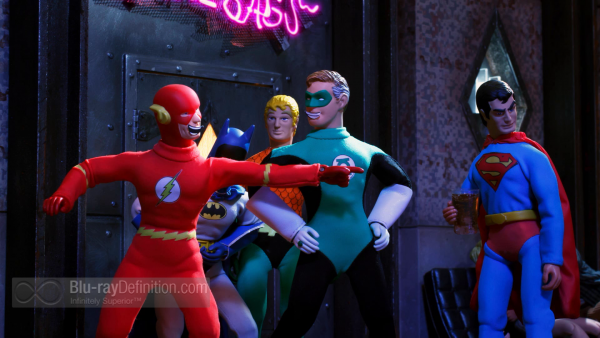 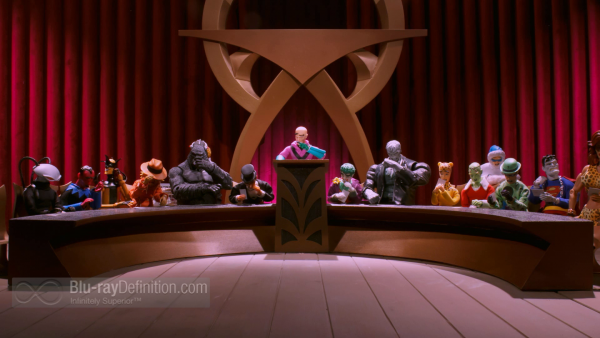 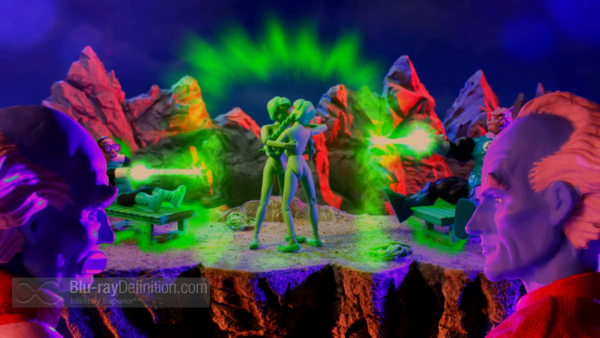 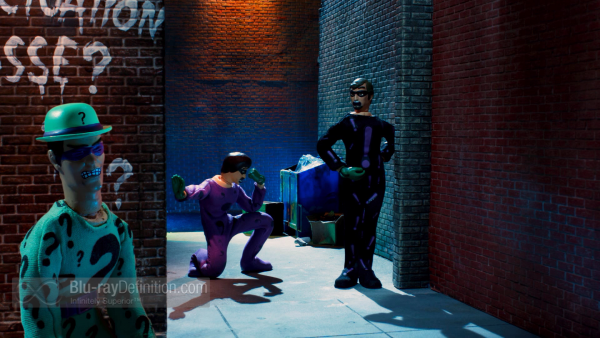 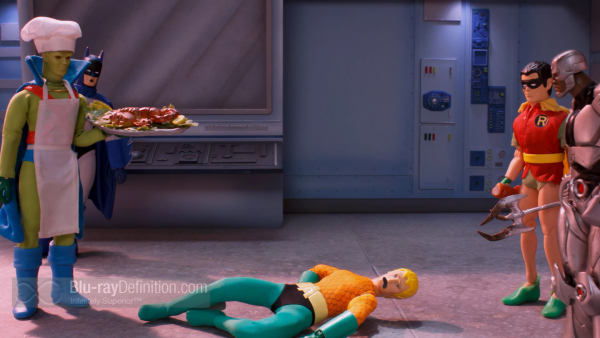 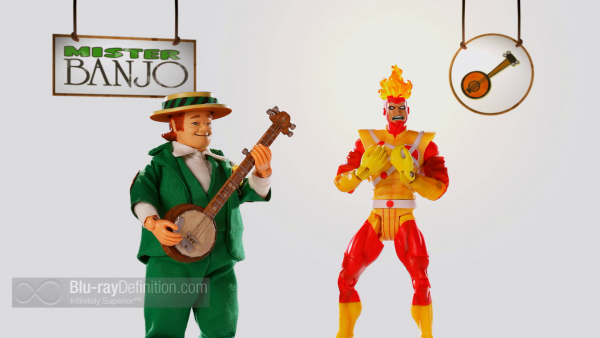 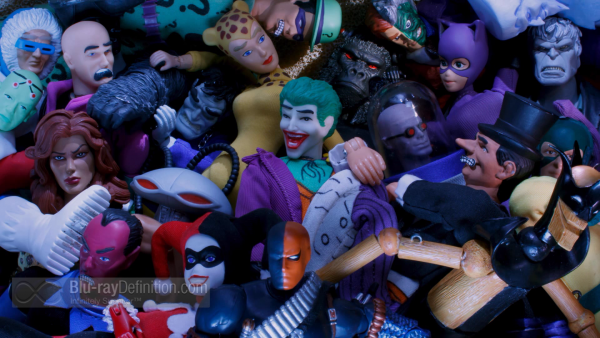 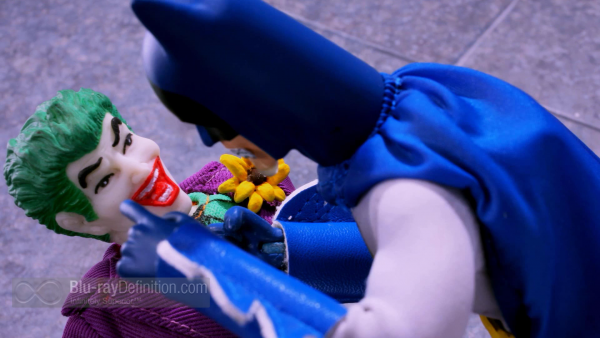 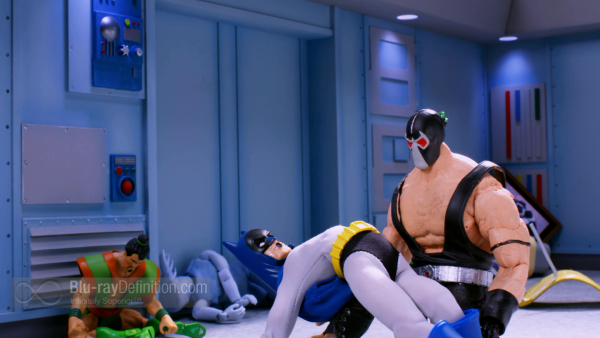