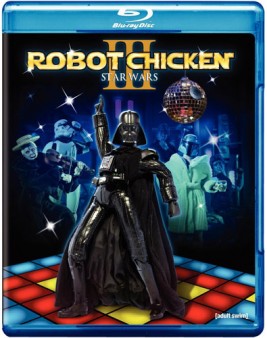 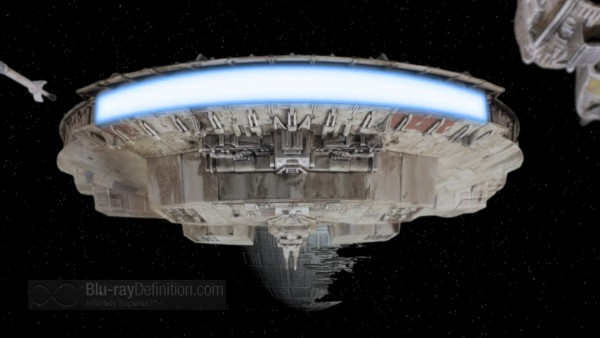 While I understand that the whole Robot Chicken idea is an exercise in frivolity and juvenile comedy, I have to say that Robot Chicken: Star Wars III fell completely flat for me. Were it not for the obvious hard work of the stop-motion animators (and even that looked a bit dodgy in some places) I might have given this an even lower rating than I have.

Star Wars III pretty much runs through the story of the Star Wars saga told from the perspective of the Emperor. Along the way, there are a lot of disjointed gags, like a disco dancing Darth Vader, Darth Vader getting sucked down a toilet, Emperor Palpatine on seemingly endless escalator ride being saluted by one nameless Stormtrooper after another and so on. Add in numerous bathroom jokes, rinse, and repeat. It all just left me longing for this autumn’s real Star Wars Saga Blu-ray release, despite it being the Special Editions.

Robot Chicken features the voice talents of Zac Efron, Seth Green, Donald Faison, Rachel Leigh Cook, Billy Dee Williams, and others whose talents could have been put to much better use elsewhere. 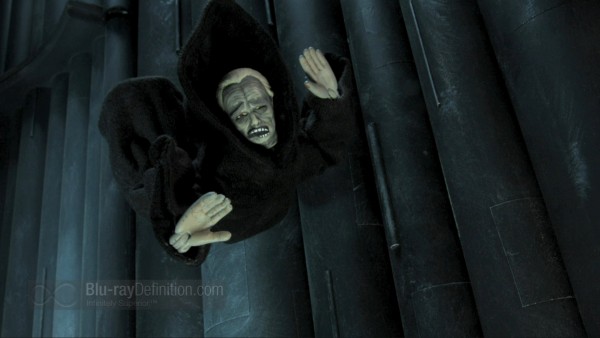 The 1080i/60 VC-1 encodement of Robot Chicken: Star Wars III has strong color reproduction and relatively good detail, but it could have been a bit better. Perhaps with a slightly higher bitrate (this one seemed to linger around 17Mbps) some issues like color banding would not have popped up. Also, it just didn’t look quite as sharp and well-defined as it could have. 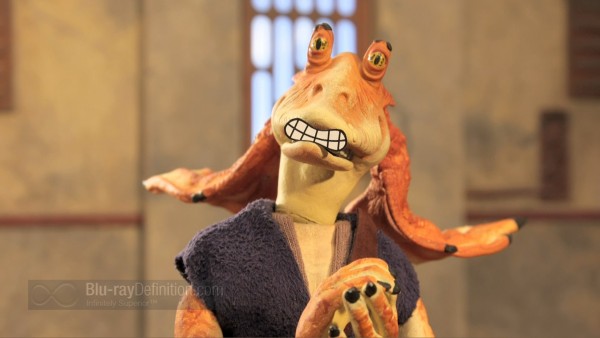 Audio on the Dolby TrueHD 5.1 lossless soundtrack is generally good. Dialogue is clean and there are some inventive uses of the channels for some goofy sound effects being panned around the room, for instance when Darth Vader’s Tie Fighter is spinning out of control and his quarter is loose in the cabin, the sound pings through the room. 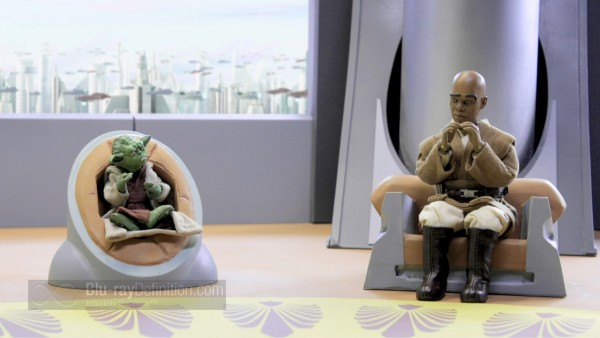 For a 40-minute “feature,” there are a heck of a lot of extras loaded onto to this disc, more than some feature length films get, actually more than most feature length films get. There are an abundance of deleted scenes, behind the scenes featurettes with cast and crew, a Q&A with the Robot Chicken creators, four sets of commentaries, and even a rather funny boardroom meeting with George Lucas himself. It’ll take hours to sift through everything on here, so, major kudos to the Robot Chicken folks for loading this release up with all these bonus materials. 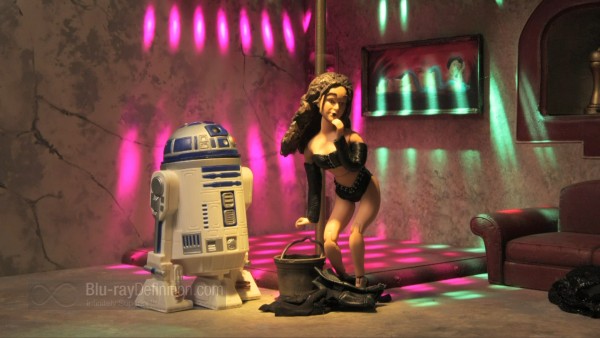 Just another not so funny attempt at spoofing Star Wars. My final thoughts on this? Eh. Rent it if you’re really desperate to see it, otherwise, you can skip it – you won’t be missing much. 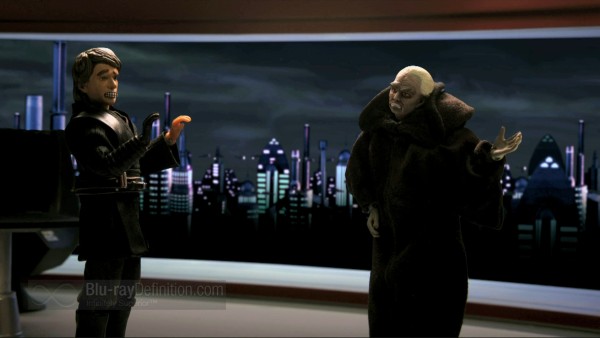 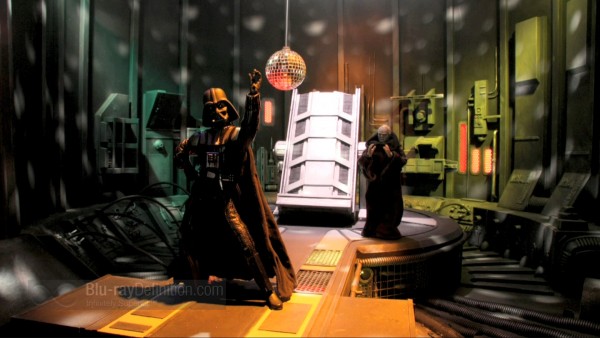 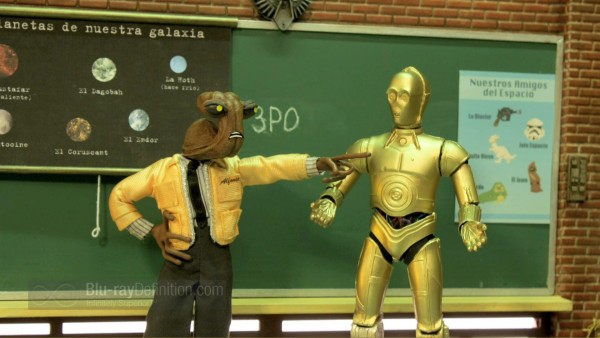 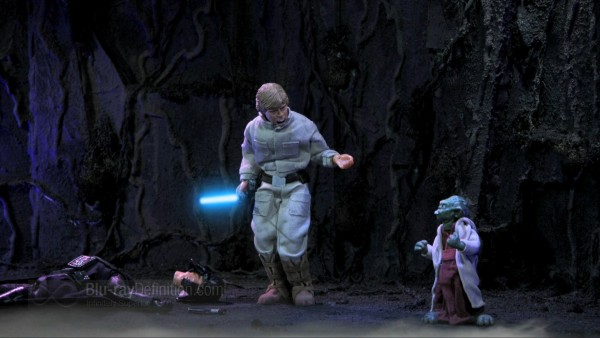 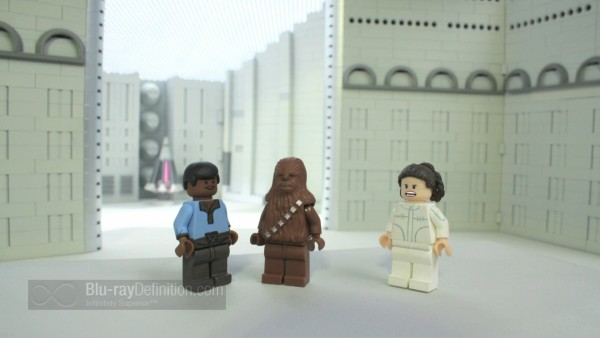 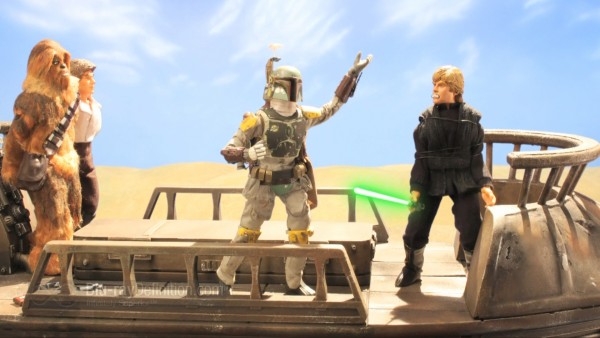 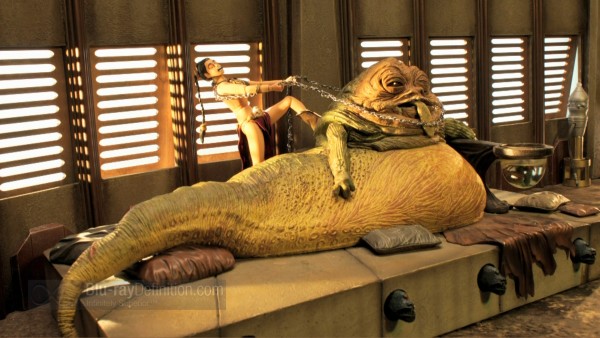 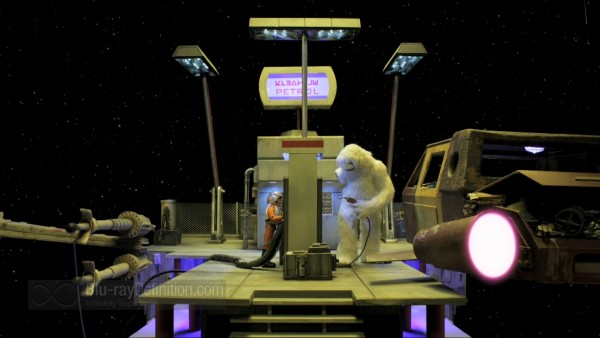 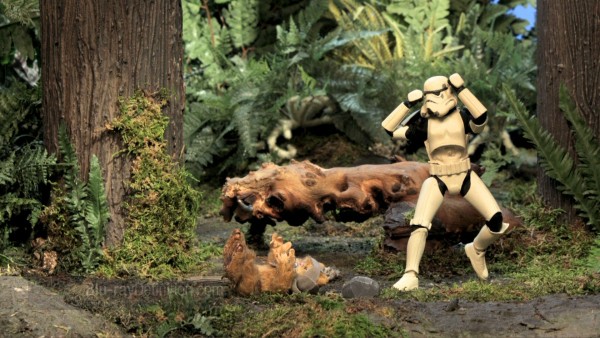