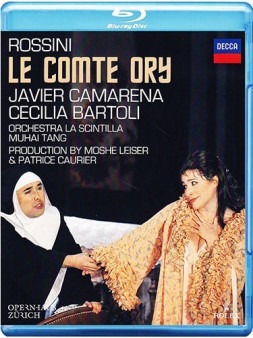 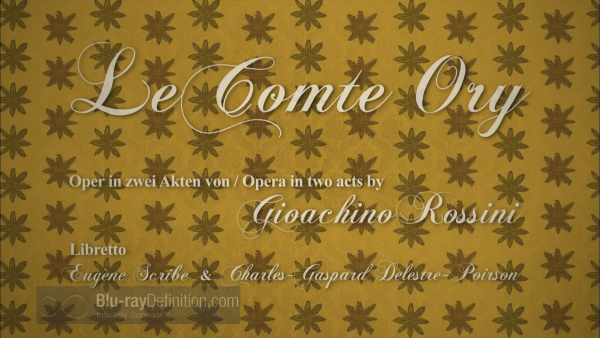 One of the many operas from prolific composer Giachino Rossini, Le Comte Ory spins a rather lightweight plot into a frothy songfest with numerous sexual overtones and single entendres. This 2011 Zurich Opera production was the collaborative effort of Moshe Leiser and Patrice Caurier with the musical forces, including the Orchestra La Scintilla and the Zurich Opera Chorus led by veteran maestro Muhai Tang. 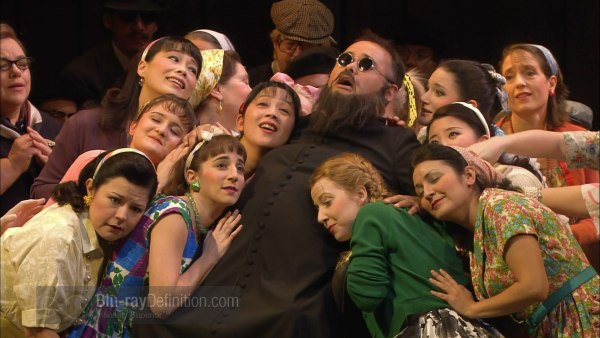 The Count Ory (Javier Camarena) passes himself off as a wise hermit while his friend Raimbaud (Oliver Widmer) collects gifts from the naïve villagers. Most of the townsmen are away at war, and the women have cloistered themselves in Countess Adele’s (Cecilia Bartoli) residence, vowed to chastity until their men return. The disguised Ory promises the villagers happiness while Ragonde (Liliana Nikiteanu), the Countess’s companion, urges Ory to visit her distressed mistress. 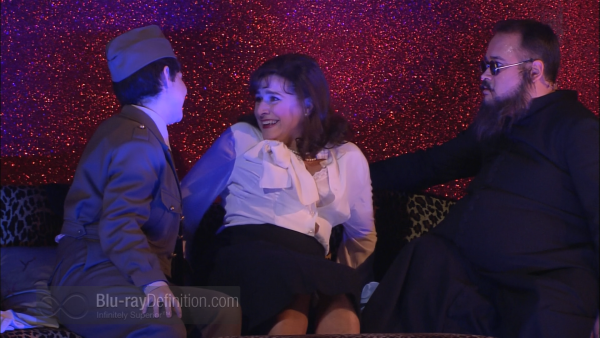 After Ory goes to his retreat (a trailer) with the village women in tow, his page Isolier (Rebecca Olivera) and his former tutor Le Gouverneur (Ugo Guagliardo) arrive in search of the long-missing Ory. Isolier is in love with Adele while the Gouverneur suspects that the lecherous Ory has had his way with all of the women. Isolier makes his move on  the Countess in Ory’s trailer. However, Ory undermines this relationship with a warning to Adele about getting too close to the Count’s page. Ory’s true identity is revealed while there is news that the men, including Adele’s brother, will be returning home from the front the next day. 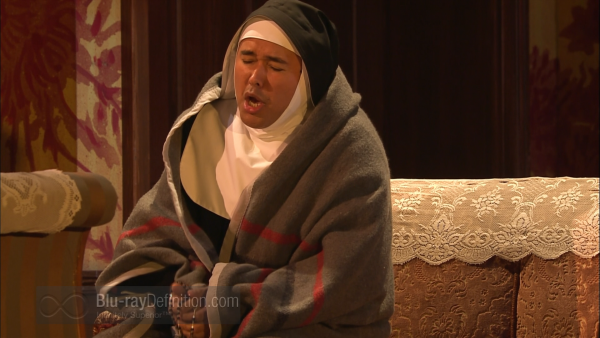 In Adele’s home, all of the women are lodged while a storm rages outside. Ragonde tells the Countess that fourteen elderly female pilgrims are asking for shelter, one being Sister Colette, the Count disguised, as are his men, as nuns.  Raimbaud discovers the wine cellar and the group gets roaring drunk with brief interruptions by Ragonde. Isolier arrives and it becomes apparent that the “nuns” are Ory and his comrades. The page offers to protect Adele until the soldiers return. Ory mistakenly woos Isolier (in women’s clothing) thinking that he is the Countess. When the truth is revealed, the Count and his band are ordered to leave the castle as the crusaders enter with a heroic chorus. 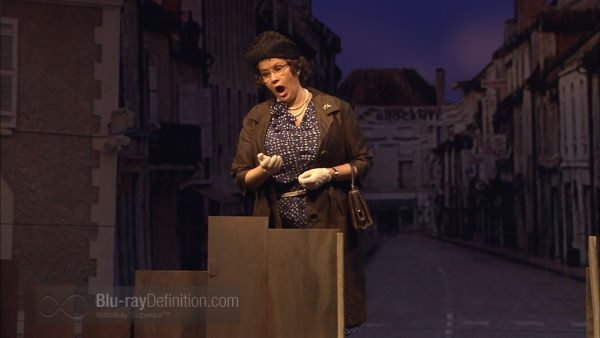 This production is updated to the 20th century, specifically post WW II France, and features a new critical edition of the opera and the first to use a period instrument orchestra. The focal points will be the two principals, tenor Camarena and mezzo-soprano Bartoli, and here the news is very good as both are in top form for their roles. The  supporting cast’s work can be best characterized as adequate. Maestro Tang clearly understands the Rossini musical idiom and does a creditable job from the pit. 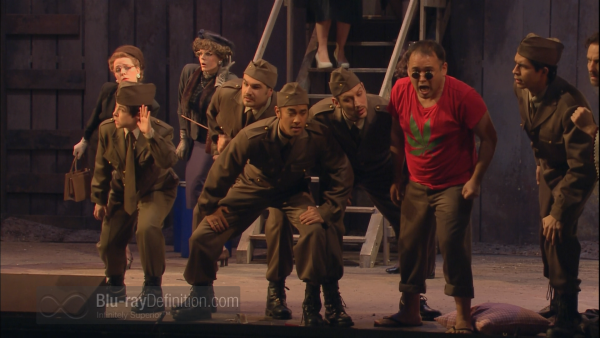 Olivier Simmonet’s videographers deliver superb visuals with great colors and impeccable details. Coverage of the stage is exemplary and the sets and costumes are both clever and period perfect. The Zurich Opera House is a relatively small venue with just over 1200 seats, many with limited sightlines. In this respect, the high-definition Blu-ray gives us a much better view of the action than many of those in attendance actually received. 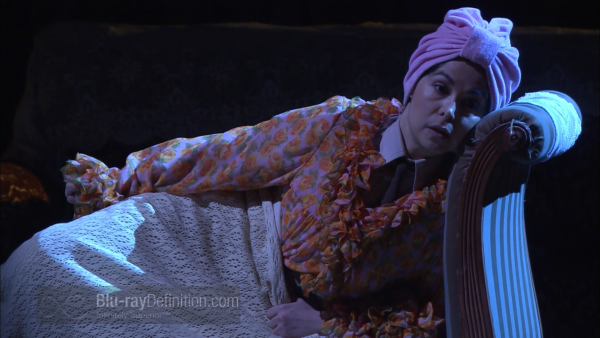 With a rather small orchestra in the pit, the singers definitely carry the day as the voices are much louder than their instrumental counterparts. Ambience is clearly better in the surround soundtrack. 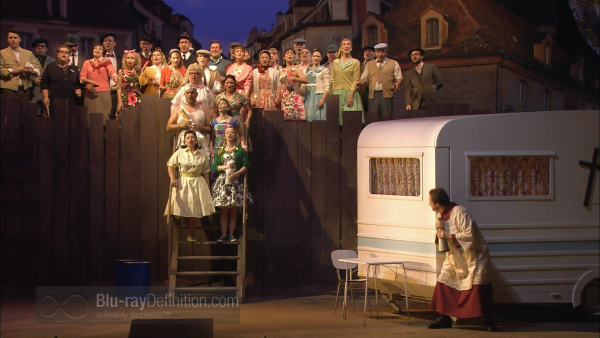 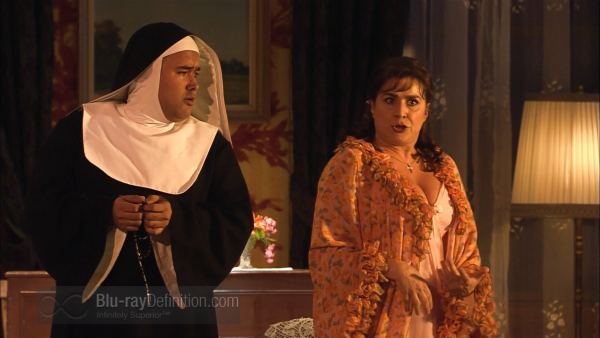 Le Comte Ory is a rarely performed Rossini opera and this performance is only the second one to appear in the Blu-ray format. Of note is the over-the-top performance of tenor Camarena who recently wowed Metropolitan Opera audiences with his role as Don Ramiro in Rossini’s La Cenerentola and became only the third artist in the last seven decades to perform an encore. While this Blu-ray easily trumps its sole high definition competitor, it receives a stiff challenge from a Metropolitan Opera DVD featuring Juan Diego Florez, Diana Damrau, and Joyce DiDonato. That said, this Zurich Opera offers a valid alternative to operagoers who desire the benefits of high-resolution sight and sound. A completely delightful watch from beginning to end, this one is an easy recommendation for a rare Rossini work that both enchants and delights. 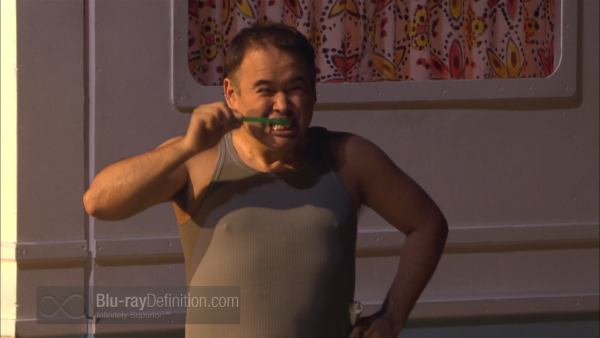 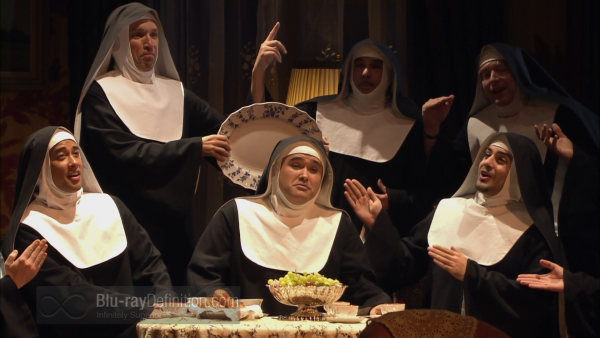 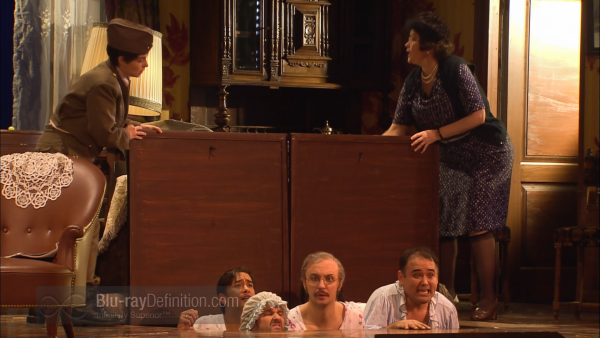 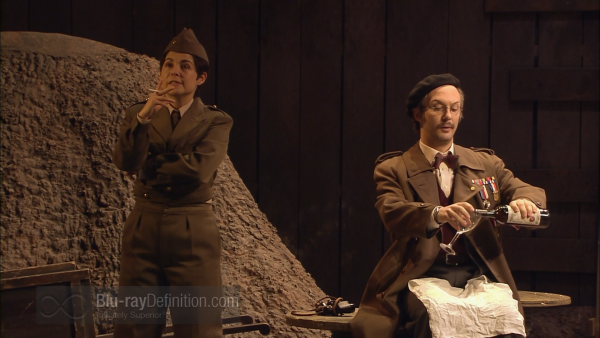 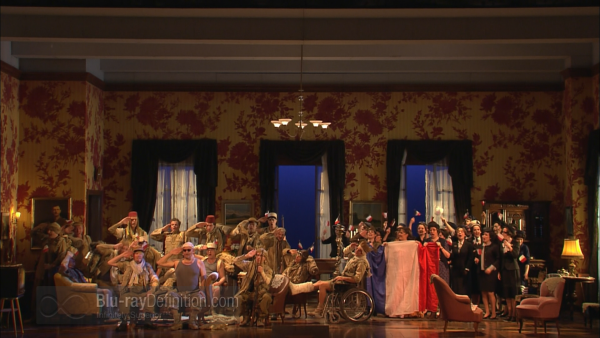 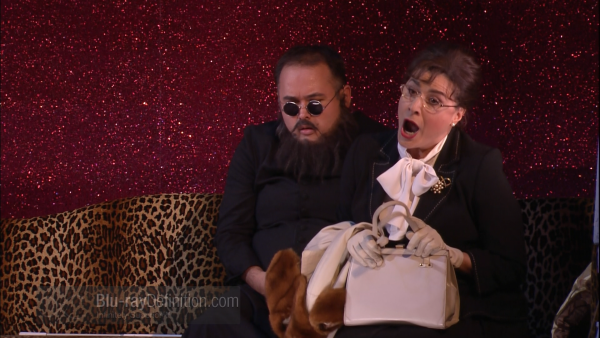 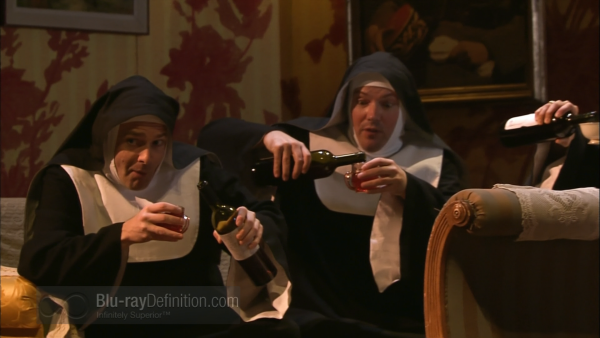