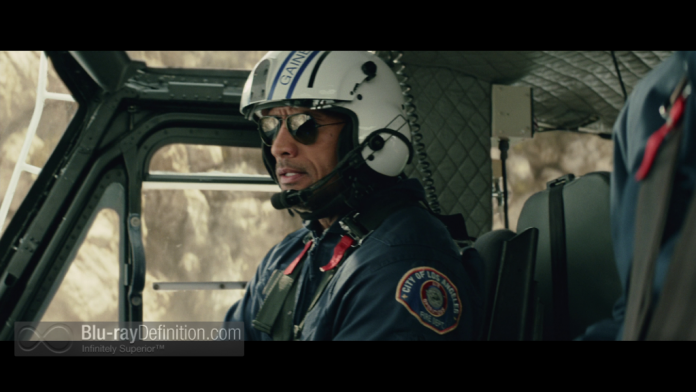 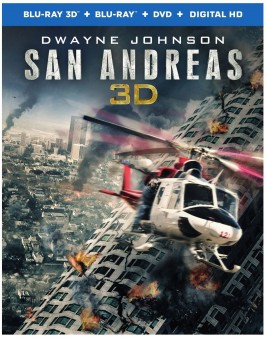 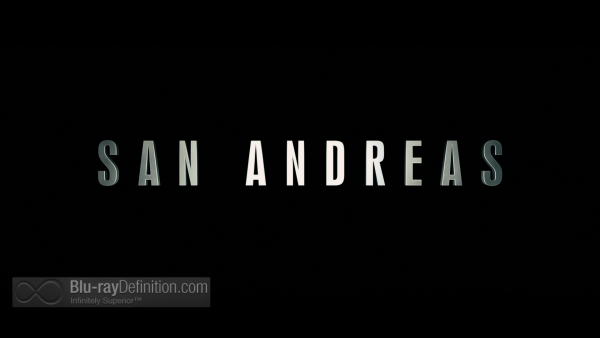 Brad Peyton (Journey 2: The Mystery Island) directs this straightforward disaster epic from a Carton Cuse (TV’s LOST) screenplay. Dwayne “The Rock” Johnson headlines in San Andreas, a nonstop actioner revolving around a 9.6 quake along California’s San Andreas infamous fault line that causes major devastation along the entire west coast. Johnson plays Fire & Rescue man Ray who, during the major disaster, which actually begins with the relatively mild 7.1 quake at the Hoover dam, must get in his helicopter to rescue his estranged wife Emma (Carla Gugino) – who just that day served him divorce papers so she can move in with her billionaire real estate mogul boyfriend Daniel Riddick (Ioan Gruffudd) – and their college-aged daughter Blake (Alexandra Daddario) who is trapped in the devastated San Francisco with two British brothers after being abandoned by the cowardly Daniel. Ray and Daniel, whose marriage apparently dissolved after they previously lost a daughter to drowning on a family vacation, put aside their differences and find they still have a residual respect and love for one another as they come together during the disaster to find their daughter Blake. Meanwhile, a CalTech scientist (played by Paul Giamatti) and his students have discovered a way to predict earthquakes and are trying to get the news out to the people to warn them to evacuate, that more, even worse devastation is coming.

San Andreas is your typical Hollywood visual effects spectacle. It starts from the very opening scene with an intense, high flying rescue of a girl hanging from her car on the side of a cliff with Ray and his crew and really rarely lets up. There are only a few scenes that slow this film down, and those are mostly between Ray and Emma as they slowly try to salvage their relationship. One can understand trying to expand the film beyond being just about the disaster and humanizing it, but Dwayne Johnson doesn’t exactly have the acting chops for these sorts of scenes, so the best parts of San Andreas are when he and Carla Gugino are on the run, or jumping out of an airplane, or running for cover from tumbling debris.

It’s the edge of your seat spectacle of San Andreas that makes it worth sitting through and director Brad Peyton does a fantastic job delivering the goods in that regard. The film is epic, fast, and it will get your pulse pounding. What more can you ask for from a movie like this? 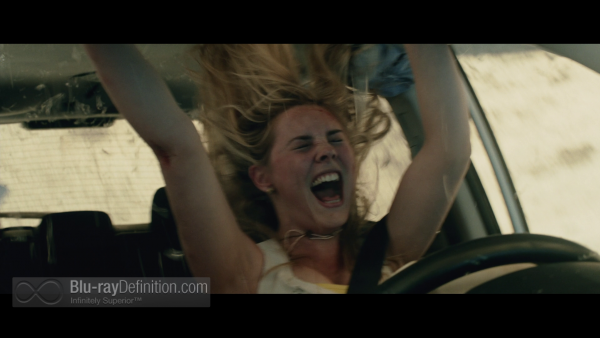 Yet another “3D” conversion, San Andreas was actually shot in plain ol’ 2D HD on the Arri Alexa XT Plus and Arri Alexa XT. The image actually looks fantastic on Blu-ray in the AVC/MPEG-4 encodement from Warner. It’s clean; it’s crisp; it’s bright and the dimensionality is strong even without the added benefit of the 3D conversion. Colors look exceptionally natural as well and there are no instances of black crush in darker scenes. The 3D conversion is actually not a bad one and looks about as natural as can be considering it is not native. It does succeed in adding that additional sense of grandness to some of the big visual effects, but pop-out is extremely limited. 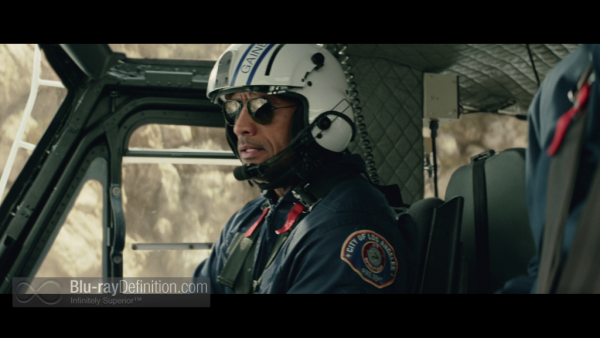 San Andreas is supplied with an English Dolby ATMOS soundtrack which I played back in its standard Dolby TrueHD 7.1 (48kHz/24-bit) form. Even without the benefit of the overhead channels, this is an awesome mix that fits the film perfectly. It has good balance between the clear and clean dialogue, big sound effects, and the sweeping score by Andrew Lockington. It’s filled with lots of solid sound effects in the surround channels, plenty of pans through the soundstage of helicopters, fire engines and more, and, of course, lots of low end. 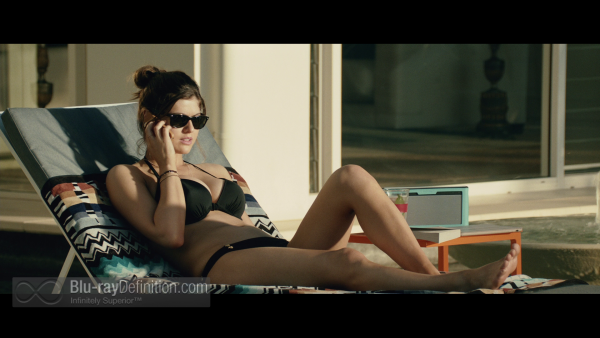 The on-disc extras all reside on the 2D Blu-ray and they are all pretty self-explanatory. Nothing is particularly necessary viewing, but the audio commentary from director Brad Peyton offers a decent play-by-play of the filming. 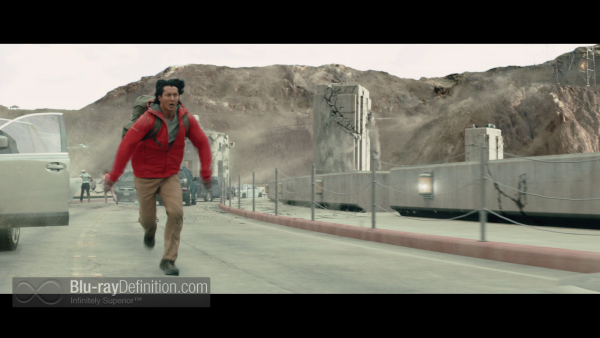 San Andreas delivers the action and the home theater goods in this reference quality combo pack from Warner. It’s not Academy Award-level filmmaking, but it will heat up your home theatre for sure. 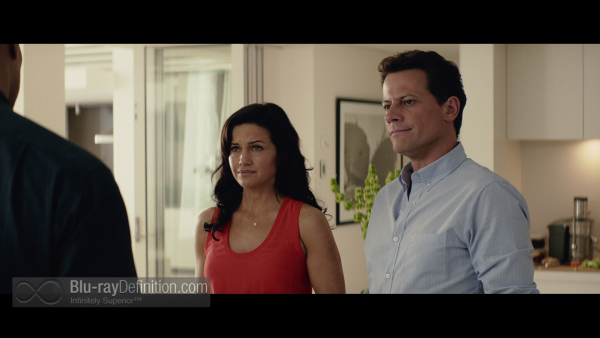 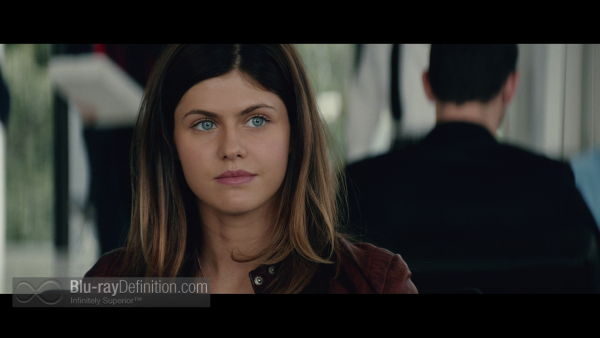 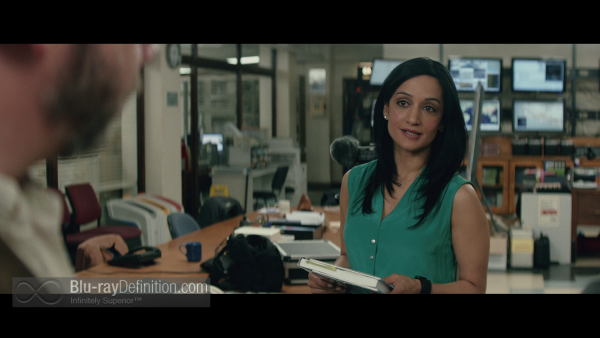 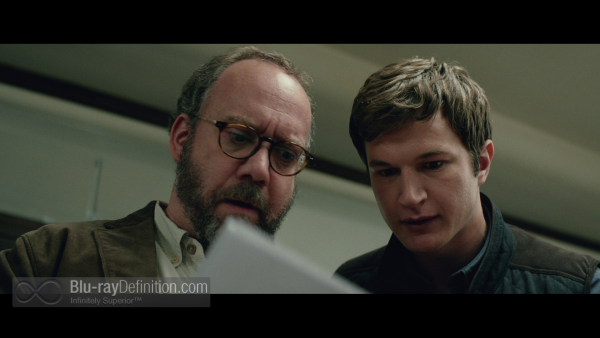 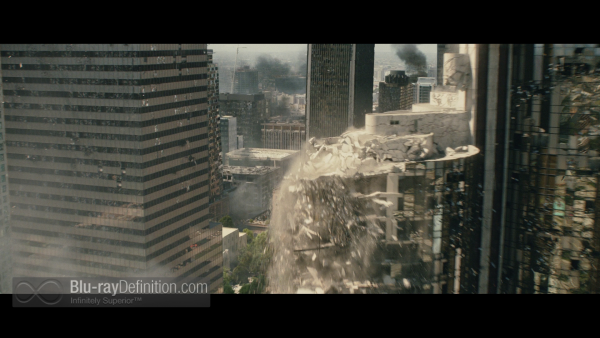 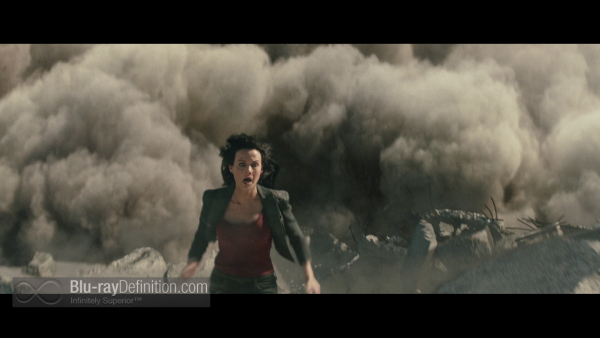 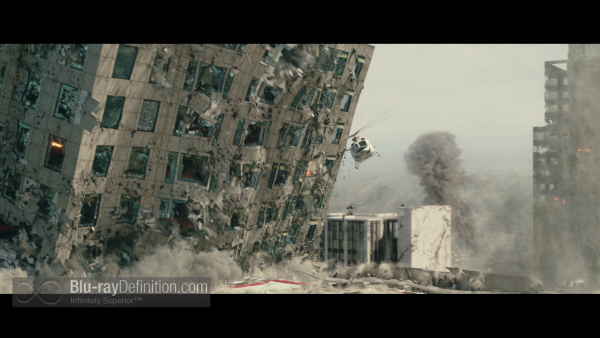 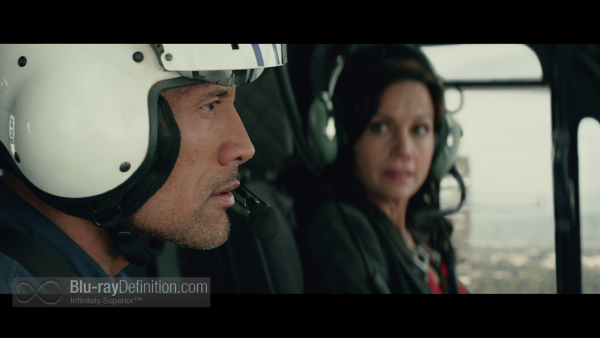 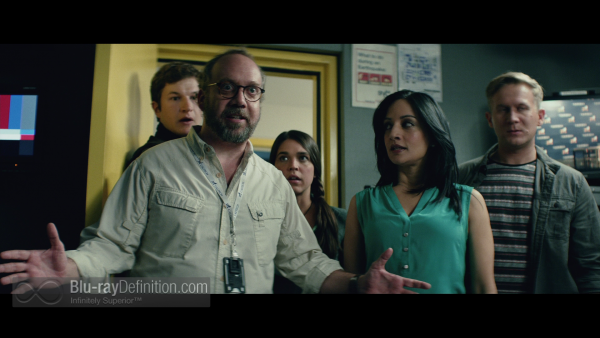 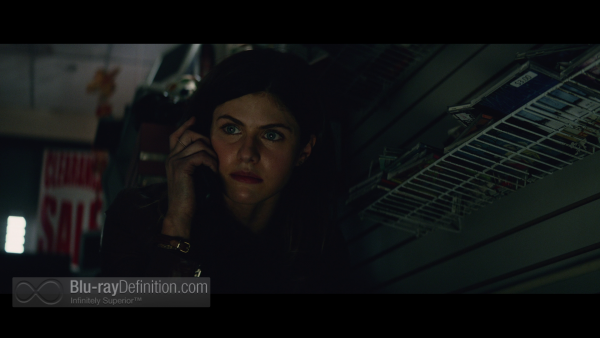 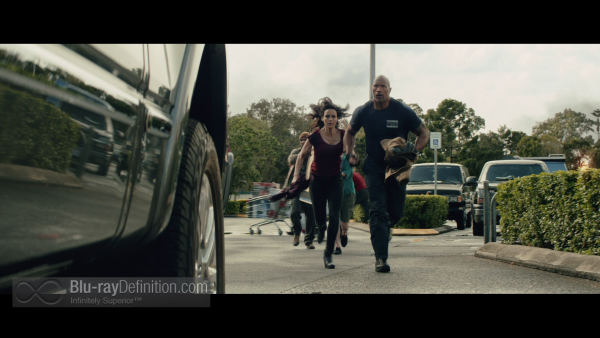 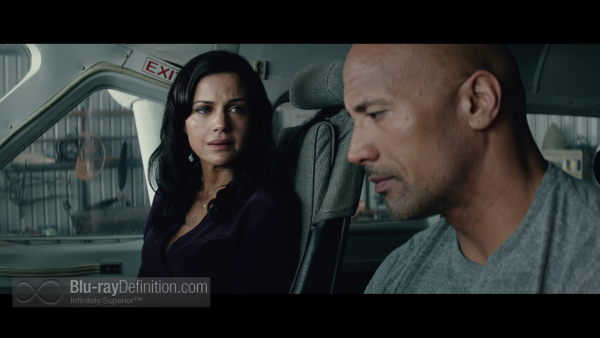 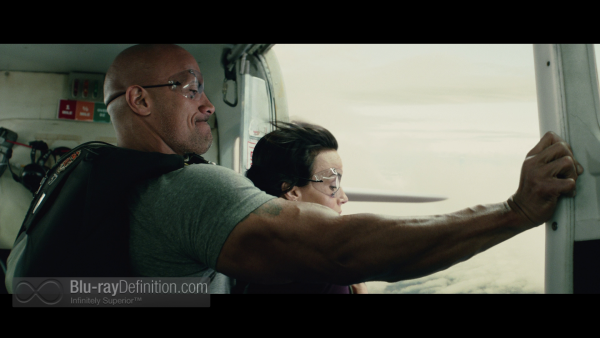 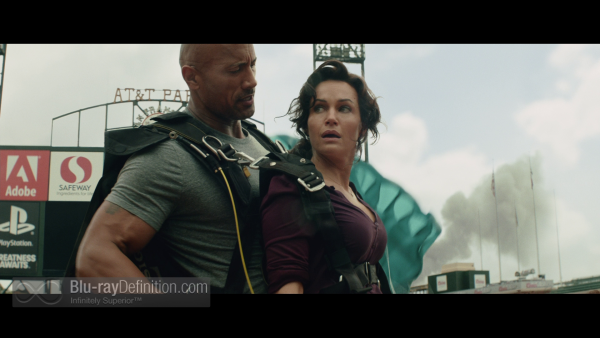 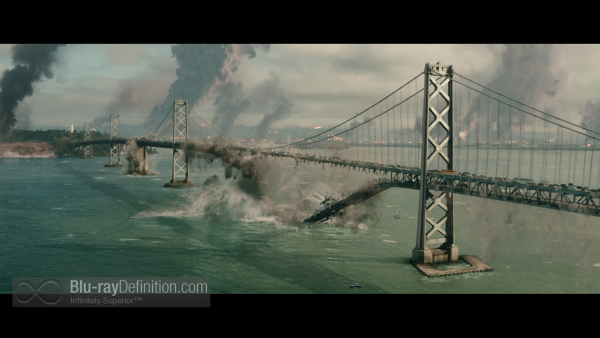 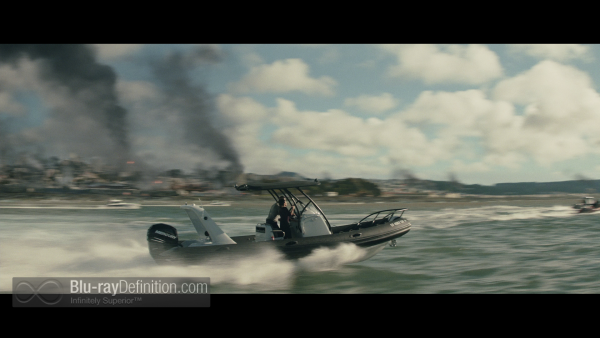