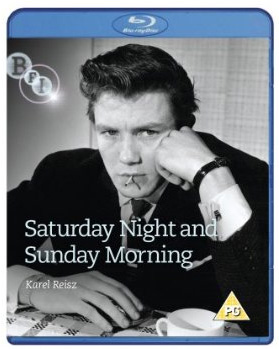 Sillitoe wrote the screenplay himself, and the film deals with a machinist from Nottingham, Arthur Seaton (Albert Finney), who has an affair with an older married woman, Brenda (Rachel Roberts) whilst also beginning a relationship with another woman he meets in a pub, Doreen (Shirley Anne Field). Albert, living life for the weekends when he can let loose and put down a few pints and vowing to never let the system do him in, has his life thrown into disarray when Brenda becomes pregnant with his child and doesn’t want to keep the baby. 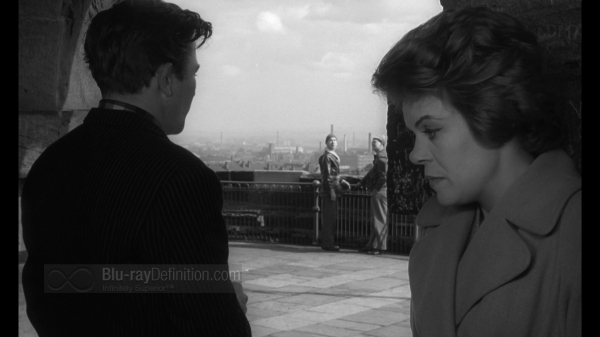 Shocking and certainly controversial for its era, Saturday Night and Sunday Morning deals with the issues of abortion and sexual liberty like few other films from the era. It’s telling that some of these same issues that were so taboo then still cause a stir today. The hot button issue of abortion and a woman’s right to choose seems to be something that will always be a dividing line in society, particularly the United States, where women’s health physicians are still being threatened or even killed by radicals for performing legal abortions.

That Sillitoe and director Karel Reisz were able to bring these issues to the fore in 1960 under much more stringent censorship rules in the UK is still quite an achievement. But, the abortion and sexual issues are not the only thing trailblazing about Saturday Night and Sunday Morning. Its sympathetic look at the middle class and the feelings of people being anchored to their position in society is still a relevant one today, some 49 years later.

Saturday Night and Sunday Morning is a true realist classic that should be viewed by all lovers of quality filmmaking. 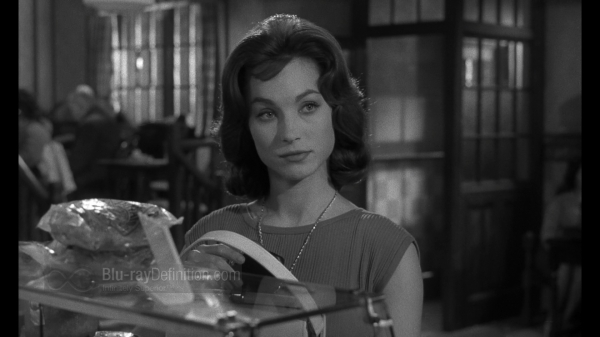 Saturday Night and Sunday Morning arrives in its original 1.66:1 aspect ratio in a 1080p/24 VC-1 encoding from BFI.  For a film of its age, Saturday Night looks darn good. There are some occasional scratches and dirt that creep in, but that is to be expected for something that was released in 1960. Otherwise, the transfer looks clean, sharp, and amazingly detailed. The black levels are superb, with excellent shadow details and stable blacks. Whites look believable with well set contrast levels. Convergence errors are non-existent and there are no signs of compression artifacts. 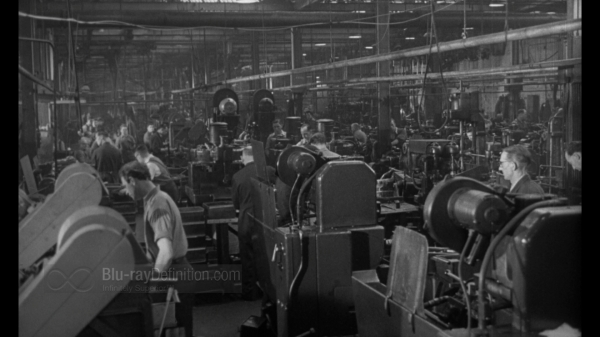 Saturday Night and Sunday Morning comes to Blu-ray with its original theatrical monaural audio mix provided as English LPCM 2.0 (48kHz/16-bit) and English Dolby Digital 2.0 (192Kbps).  Even with the limitations of the monaural mix and the recording equipment of the time, Saturday Night’s LPCM mix sounds quite detailed, with intelligible dialogue and good dynamic range. There’s some occasional clipping that is on the original recordings, but the mix sounds good overall. 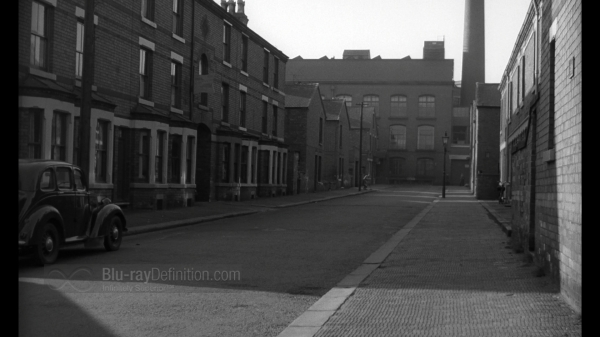 The supplements on Saturday Night and Sunday Morning are not abundant, but what is offered should be a treat to film enthusiasts. The in-depth reviews with Albert Finney and Shirley Anne Field are a welcome bonus as is the documentary on the real area in which the film was based and filmed. 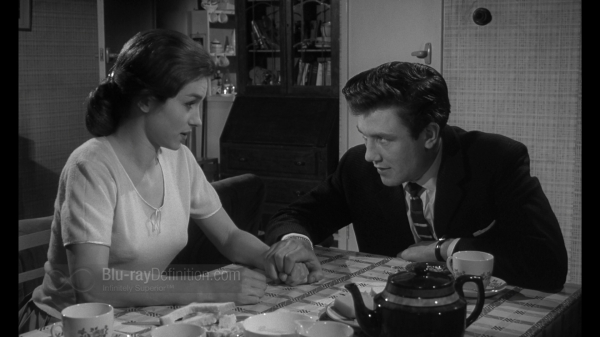 The long-term significance of a film like Saturday Night and Sunday Morning can probably never be completely quantified. Coming right on the cusp of the sexual revolution of the 1960’s, the film followed a growing trend of realism in art, pioneered by the beatniks in the 1950’s, which carried over through the hippies and social upheaval of the 60’s. This Blu-ray Disc from BFI is carefully transferred and offers a solid, clean, and detailed look at this five-decade-old film. I highly recommend it without hesitation.