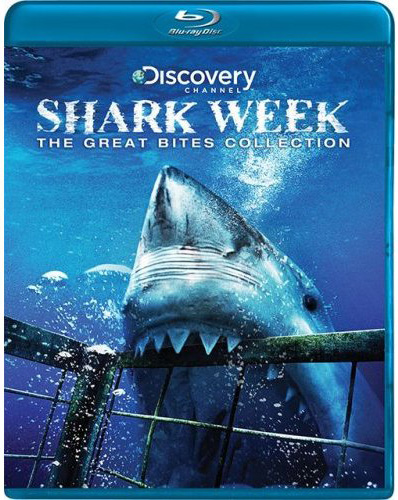 Discovery Channel’s Shark Week has been a popular annual event ever since the channel first ran the weeklong paean to the ocean’s top predator in 1987.  Capitalizing on the great fish’s ability to both terrify and fascinate, Discovery Channel sets aside an entire week every summer to explore the world of the shark.

Shark Week: The Great Bites Collection is not really a cohesive compilation, but rather a collection of Discovery Channel series and specials dedicated to sharks. Some of them are popular series from the channel, such as the long-running MythBusters and Dirty Jobs, and others are singular specials that ran during shark week.

There are six episodes in total on The Great Bites Collection. Surviving Sharks features Discovery Channel’s “Survivorman” Les Stroud as he explores how to survive a shark attack. How Not to Become Shark Bait travels to the Caribbean as a group of shark enthusiasts try to induce lemon sharks into attacking them. Mysteries of the Shark Coast shifts the focus to Northeastern Australia as a team of marine biologists study why this area, known for having the world’s largest concentration of sharks, is showing signs of a dwindling population of these fascinating creatures.  In Mythbusters: Shark Special 2, the MythBusters do their usual thing, testing myths associated with sharks in fun and often dangerous ways to see if there is any truth behind them. In one sequence, the team goes diving in the dark to test if sharks are attracted to flashlights. Day of the Shark is all about what happens when sharks attack humans in the water and lastly, Dirty Jobs: Greenland Shark Quest has Mike Rowe joining a team of scientists searching for the elusive Greenland shark in the far-north of Canada. 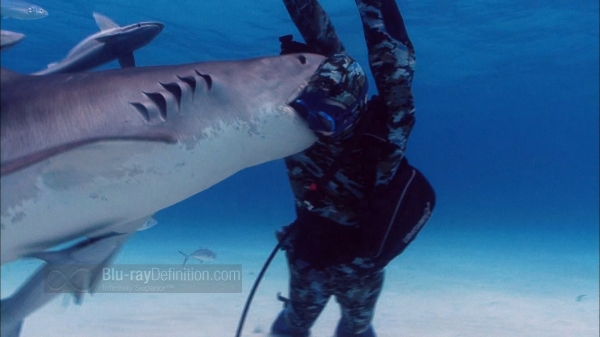 The collection of episodes gathered together here will certainly be of great interest to anyone with a curiosity about sharks. If there is a flaw in this collection of series it is that it dwells far too much on the aggressive nature of sharks and the dangers of getting into the water. After a while it begins to feel like obvious pandering to people’s fears, just in time for the summer season when people will be slipping into their swimsuits and jumping into the water at the beaches.

So, no, it’s not deep science, it’s more pop-science and commercial than true documentary. This isn’t like Planet Earth, but it is still an intriguing watch in small doses and is sure to find some fans out there. 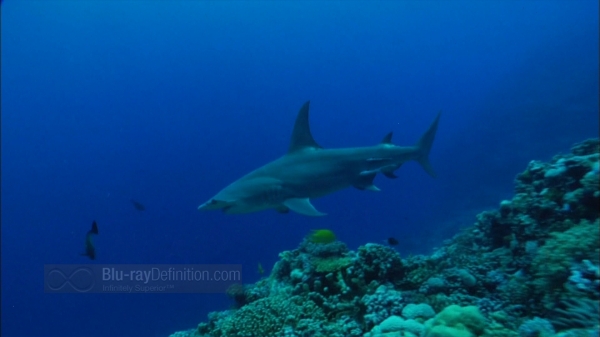 The Great Bites Collection’s 1080i AVC/MPEG-4 high definition encoding of each episode’s 1.78:1 framing is inconsistent to say the least. Part of the problem is it is put together from so many different sources that it couldn’t possibly be even across the board. The episodes Dirty Jobs: Greenland Shark Quest and Day of the Shark definitely look inferior to the MythBusters material, for instance. The transfer on the whole suffers from some obvious macroblocking and edge enhancement in places and flesh tones occasionally look more bronze than they should. There is also some footage that is not originally sourced from HD that sticks out like a sore thumb, but that is not the fault of the transfer.  Overall, Discovery Channel’s Shark Week: The Great Bites Collection is rather mundane high-def material for Blu-ray. 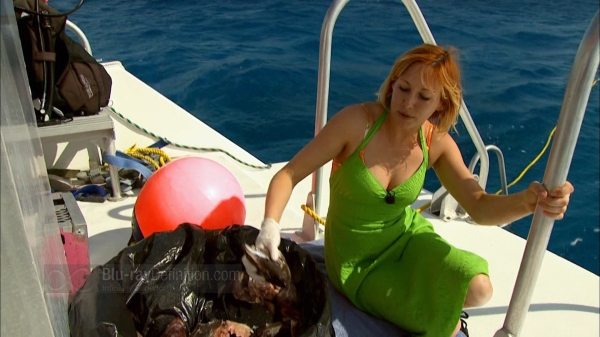 Speaking of mundane, the English DTS-HD Master Audio 5.1 (48kHz/16-bit) lossless soundtrack — the only available option — won’t heat up your sound system much. The mix offers some mild discrete foley effects in the surrounds on the occasion, but it is mainly front-heavy and lacks much in the way of low frequency extension. On the positive side the dialogue is clean and intelligible, but in the end these are typically boring television mixes that are not very engaging and well below reference quality. 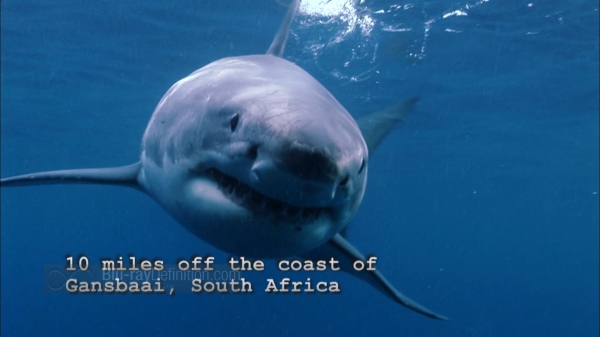 The bonus materials are spare and provided in standard definition, which, even given the flaws in the transfer on this disc, is still a major step down in quality. Discovery Channel has provided three bonus shark-themed episodes, with two of them being episodes of Dirty Jobs. If you’re a fan of that series, I guess you’ll be satisfied with the bonus materials on here, but I was rather unimpressed. 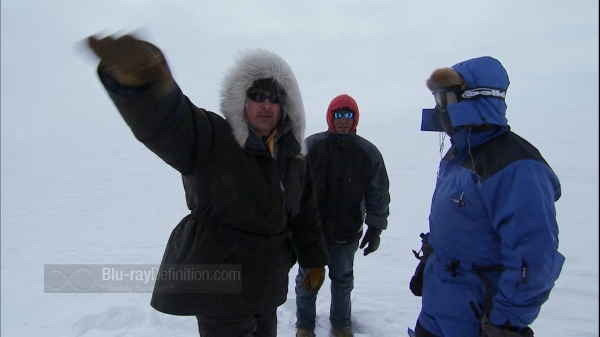 Shark Week: The Great Bites Collection is a flawed and disjointed presentation that suffers from a poor video presentation and boring audio mix. Although it does provide some entertaining looks at these compelling animals, The Great Bites Collection is neither a fine nature documentary nor consistent pure entertainment. Despite that, it will have its fans and it is still enjoyable in small doses.