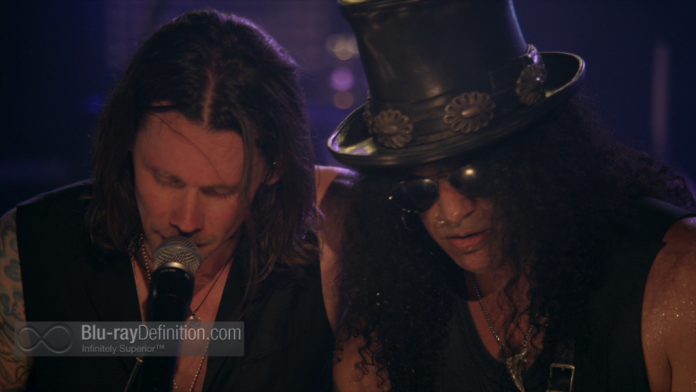 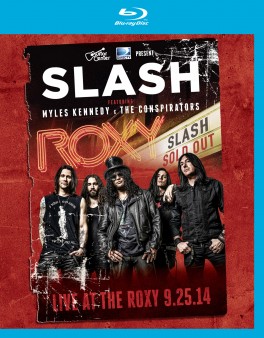 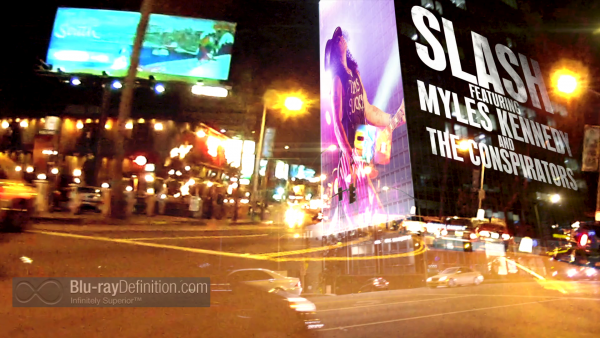 Shortly after the release of the album, Slash featuring Myles Kennedy & The Conspirators hit the stage at the famed Roxy on L.A.’s Sunset strip on September 25, 2014 to rock out a set featuring tracks from Slash’s long and illustrious career, which includes writing a bestselling autobiography and starting a successful film and television production company focused on horror. The set list included new numbers as well as a healthy dose of songs spanning his career, from Guns’n’Roses, Velvet Revolver, and his solo releases.

With the lineup of Slash on guitar, Myles Kennedy on vocals, Todd Kerns on bass and vocals, Brent Fitz on drums and Frank Sidoris on guitar and vocals, the band ripped through an energetic set with the highlights, unsurprisingly, being the hit songs from the Guns’n’Roses era, especially “Nightrain” and the extended jam session that is “Rocket Queen.” “Slither” from Slash’s stint in the supergroup Velvet Revolver is also a standout track. Myles Kennedy puts on his best Axl Rose-in-the-80s vocal impression, besting the former in vocal abilities. And, of course, Slash shreds in the riff-rock department…still. 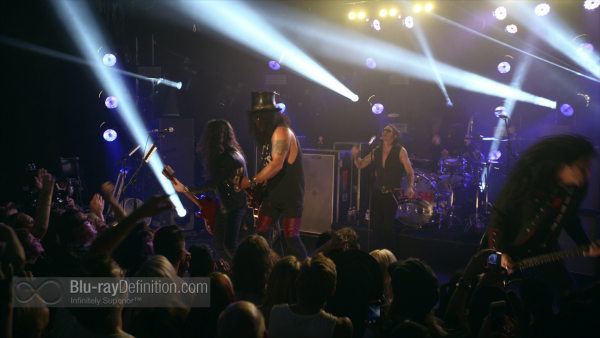 We are unusually offered Slash feat. Myles Kennedy & The Conspirators in a 1080p AVC encodement on Blu-ray as opposed to the favored 1080i resolution for most concert video productions. The added crispness of the 1080p is immediately visible and motion artifacts are at bare minimum, but there is little to see in this intimate venue and bland stage setting. The unavoidable issues with lighting of a live show and the contemporary fascination with editing rock concert videos so hyperactively inevitably leaves the video quality at less than perfect, but good for what it is. 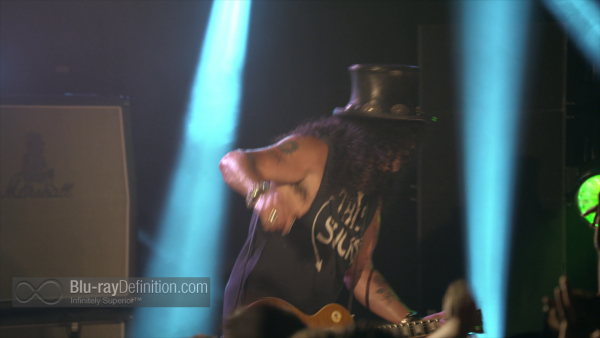 The sound is good, provided in DTS-HD Master Audio 5.1 (48kHz/16-bit) and LPCM 2.0 (48kHz/16-bit) stereo. The electric guitars are just a little bit grating and dynamic range minimal, but there is good mid range punch, a musical low end, and lots of clarity in the vocals. Ambience in the 5.1 mix, which is the superior of the two offerings, places you in the venue and doesn’t seem overdone. 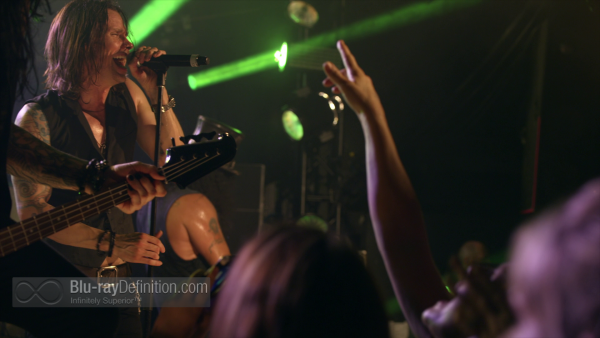 We get four bonus tracks: 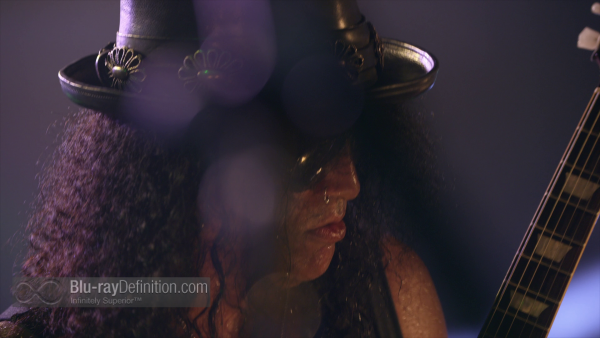 Offer up a tip of the top hat to Slash and his current backing lineup, Myles Kennedy & The Conspirators for this high energy, hard rock show that should satiate longtime fans of the guitar god and G’n’R. 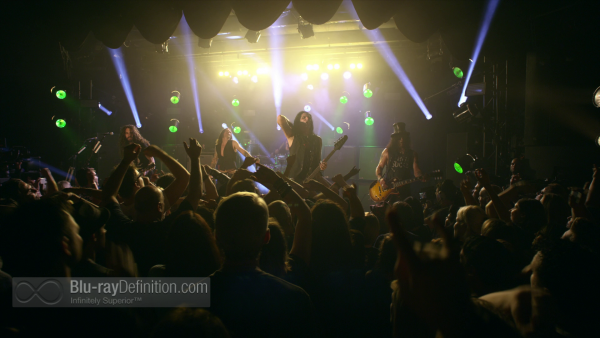 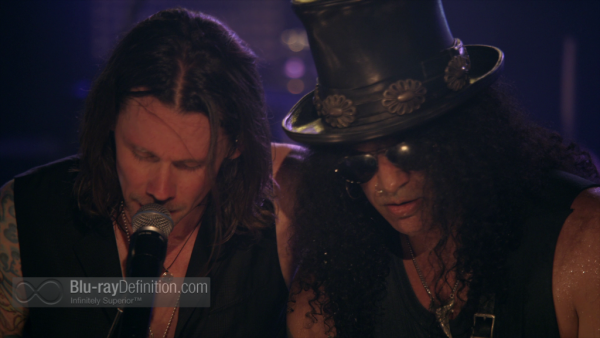 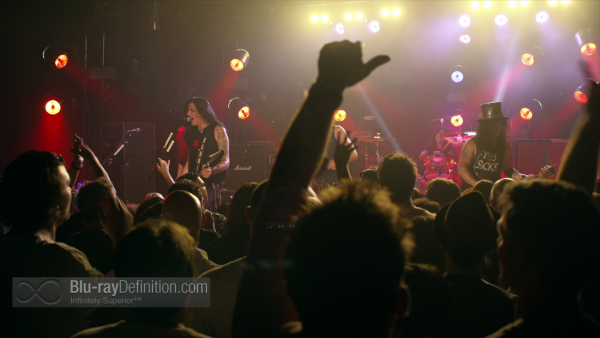 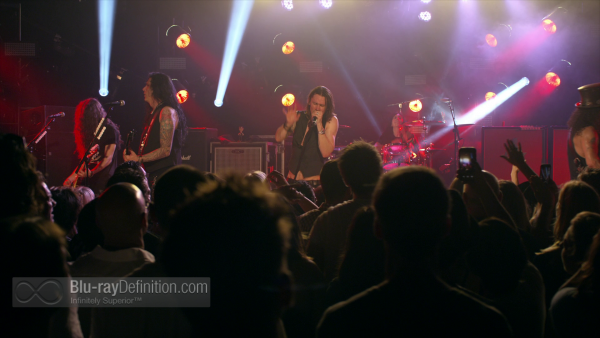 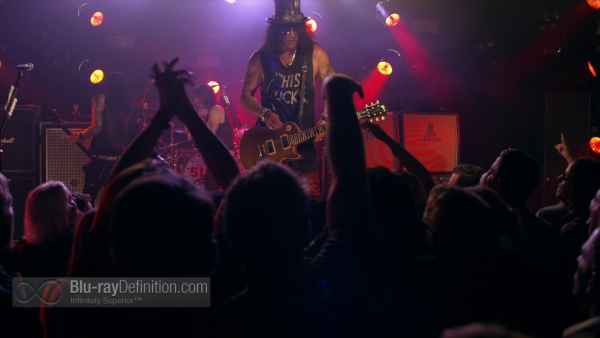 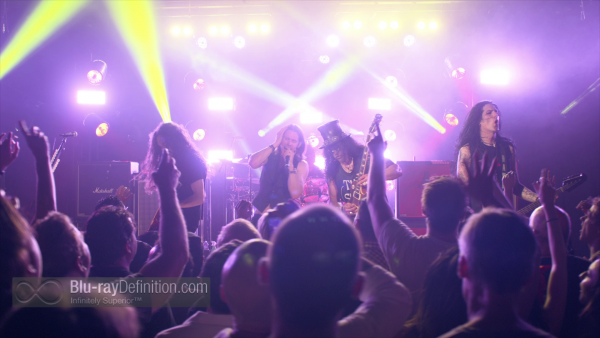