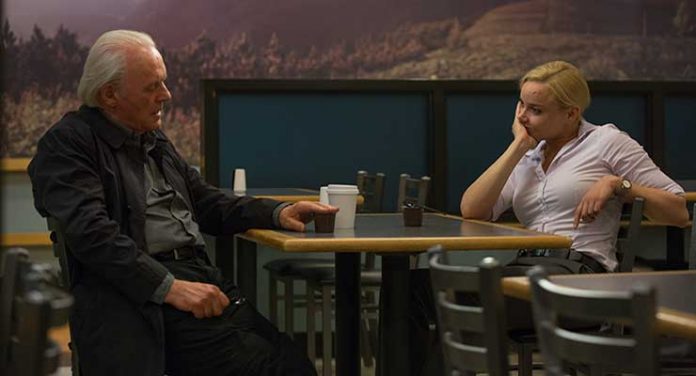 In this paranormal thriller from director Afonso Poyart (Two Rabbits) a retired doctor and consultant who has the ability of psychometrics and works as a consultant for the Federal Bureau of Investigation (Anthony Hopkins) must partner with an FBI psychiatrist (Abbie Cornish) skeptical of his abilities in order to capture a serial killer. The hunt leads them to down a trail toward a powerful psychic (Colin Farell) who has convinced himself he is killing people out of mercy since he has intuited that all of his victims had fatal illnesses that would eventually lead them to painful, drawn out deaths filled with suffering.

Poyart puts together a reasonably entertaining thriller throughout the film’s first act that is populated with the usual earmarks of the genre. Hopkins is the eccentric, unwilling and retired doctor/psychic reluctant to re-enter the fray who is brought back only and the prodding of a longtime friend in the FBI (Jeffrey Dean Morgan). Abbie Cornish fulfills the role of reminding Hopkins of a tragedy from his past concerning his daughter, which means despite the characters’ initial friction, they end up drawn to each other. The settings and camerawork all set the mood well and there’s a feeling of tension that is well maintained. That’s where the good ends.

By the time we hit the second act and Colin Farell’s character gains more prominence in the story, things begin to break down and the story loses all believability. Granted, Solace was working on thin premise to begin with. This is after all a story revolving around a psychic detective chasing down a psychic serial killer. What begins to happen is the screenplay starts to try to make us question if we should empathize with the serial killer and it fails miserably. Then the story gets convoluted with various twists, flashbacks and flash-forwards, which are always tricky territory if not done well. What is destiny, right? Without giving too much away, if you’ve seen numerous versions of future events play out already, how can you possibly change the outcome? So, it all starts to breakdown.

Anthony Hopkins does a superb job with the material as always and Abbie Cornish is excellent alongside him, but Colin Farell seems out of his depth as the serial killer. He’s neither menacing nor unhinged just a little hammy. In fact, Hopkins comes across as more menacing that Farell, and he’s meant to be the good guy here.

Chalk this one up as an uneven thriller that has some good moments, but will ultimately be forgotten once the credits roll. 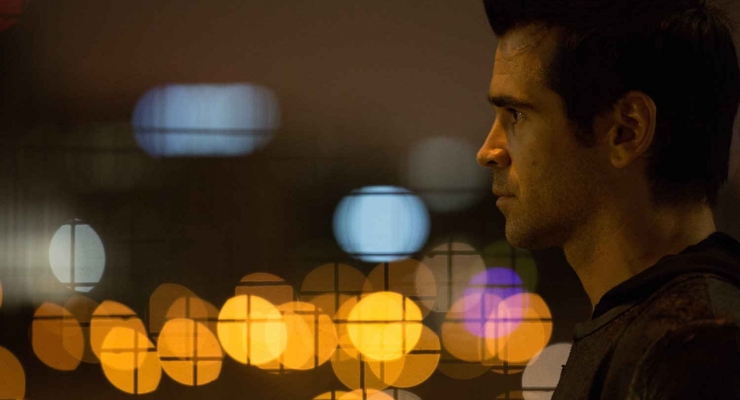 Solace has the look of a typical thriller with lots of shadowy imagery, it’s color coded to the max and certainly takes advantage of the HD format, so it will look superb in your home theater. It arrives in an AVC 1080p transfer framed at 2.40:1. It looks clean, crisp, and issue free. The shadow detail is excellent and flesh tones spot on.

We only get a lossless DTS-HD Master Audio 5.1 mix for Solace n Blu-ray, but it is an aggressive one that places sounds from the score like drums in all the channels and pumps up the atmospherics and low-end to full blast. There are a lot of strong stereo effects across the front following the action as well. I don’t know that the mix always plays well and at times it sounds just a little clumsy, but it does serve to heighten the tension when need be. The dialogue is also clean with no signs of clipping.

Apart from the director’s commentary, the sparse on-disc extras are throw-aways that don’t add much. The “making of” feels very promotional and only the theatrical trailer is included beyond that.

Anthony Hopkins almost singlehandedly carries this moody, but messy paranormal thriller. The acting from the leads and the visual aesthetic is good, but the unbelievable, convoluted ending ruin what might have been a good popcorn flick.