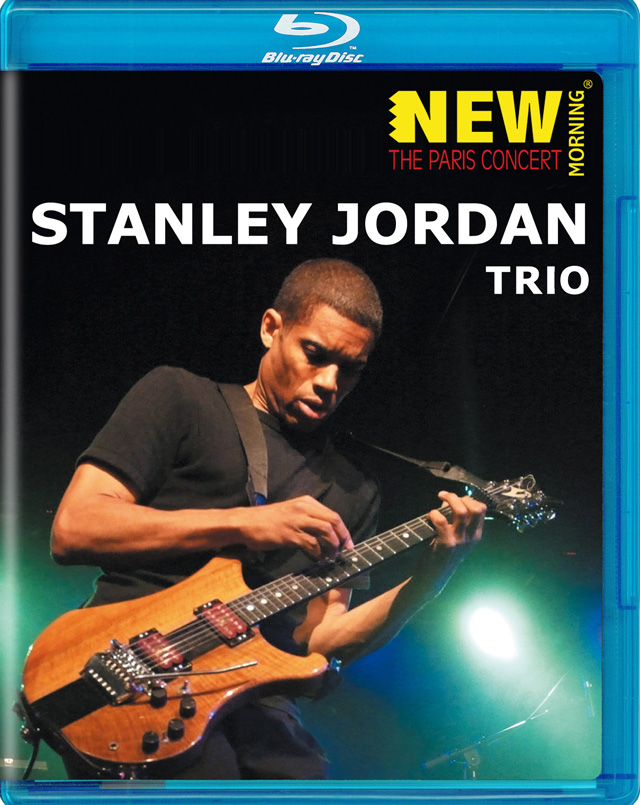 Guitarist Stanley Jordan is a musician who defies categorization. The Chicago native, raised in California’s Silicon Valley has a BA in music composition from Princeton University and is mostly known for his innovative, two-handed tap style of playing the guitar. Rather than holding down the strings with one hand behind any given fret and striking the strings with the other hand, the taping style involves tapping on the fretboard with varying velocities at each fret with one hand while holding down the strings with the other to sound a note. Many will recognize this style as something utilized by famous guitarist Eddie Van Halen during many of his solos. Jordan’s two-handed technique involves tapping with both hands and allows the musician to simultaneously play chords and melodies, or even two guitars at once. 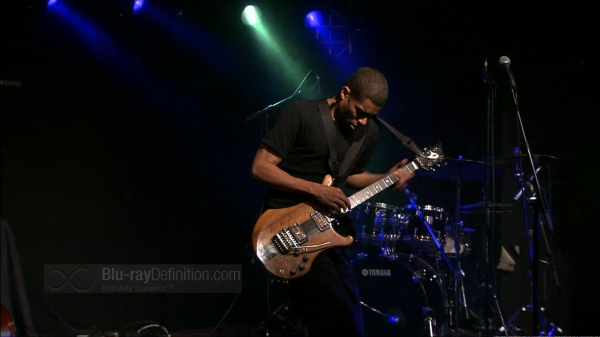 Drawing on material from different genres, Stanley Jordan’s sound easily crosses over from Jazz to Pop to New Age to Classical and in this 2007 concert recorded at Paris’ famed New Morning jazz club, the guitarist draws from his considerable repertoire. What some people unfamiliar with Jordan’s career may not know is that the musician was first classically trained on the piano before switching to the guitar. In this concert, Jordan even sits down at his first love and shows he is still well beyond merely proficient at the keyboards.

Highlights from this show, with Jordan backed by Charnett Moffett on bass and David Hynes on drums, include the opening track, “Yesterday,” which finds Jordan doing a solo rendition of the famous tune from the Fab Four, the Trio’s cover of the Jazz classics “Song For My Father,” by Horace Silver and “All Blues” by Miles Davis, and two beautiful arrangements of some Classical pieces, the first an improvised  excerpt of the second movement from Bela Bartok’s Concerto for Orchestra and the second, Mozart’s Piano Concerto #21, 2nd Movement.  This entire concert is marvelous music wonderfully played. 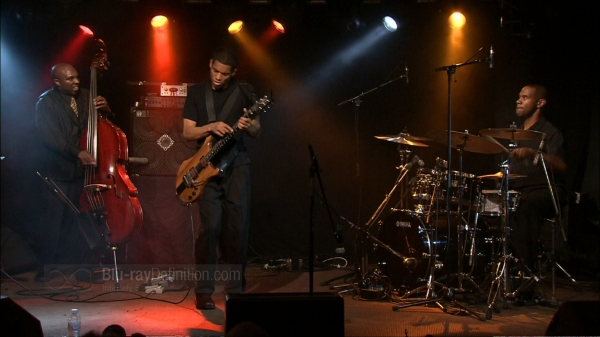 Originally captured in high definition in 1080i, Stanley Jordan Trio: New Morning — The Paris Concert arrives on Blu-ray in a VC-1 encoding that looks good, but not great. While close-up shots display some strong detail, the overall picture is a bit soft and there are noticeable aliasing artifacts that crop up throughout. Video noise is high in the rather low light setting as well. On the positive side of things, the picture has deep blacks that are consistent and stable and contrast is set to a good level. 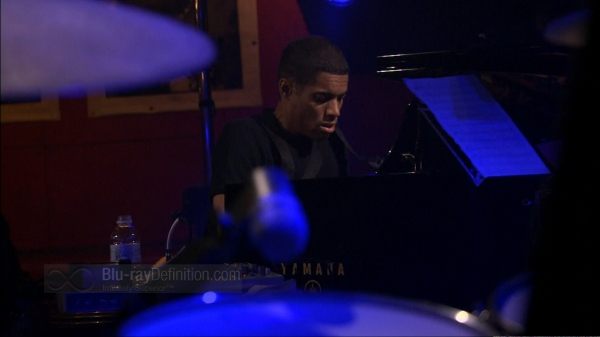 Rather unusually for Blu-ray releases these days, this Stanley Jordan Trio release is provided with both a lossless DTS-HD Master Audio 5.1 and LPCM 5.1 soundtrack in addition to a Dolby 2.0 mix. Both the DTS-HD MA and LPCM versions sounded identical to my ears, and seemed to be mixed and mastered to identical levels. The sound was clean and dynamic for the 5.1 mix, but there was a bit too much emphasis in the mid-range frequencies. When the entire trio was playing at their loudest, Jordan’s guitar sometimes tended to get lost in the mix. Otherwise, high frequencies were smooth and airy, and the sound is generally listenable without being fatiguing. 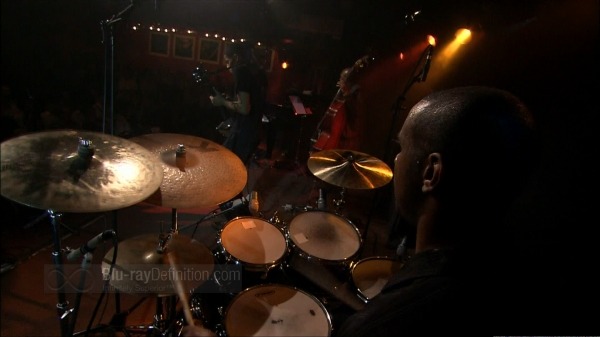 The supplements on this release are limited to one interview segment with Stanley Jordan briefly speaking of his history as a musician: 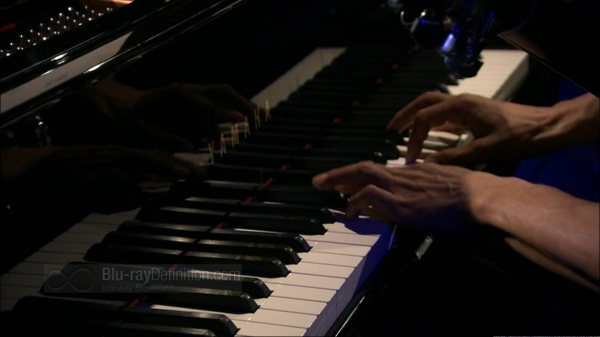 It will be difficult to find a Jazz release filled with music more perfectly performed than this. The Stanley Jordan Trio: New Morning — The Paris Concert Blu-ray release is a must have release for Jazz lovers, or any music lovers for that matter. Highly recommended.