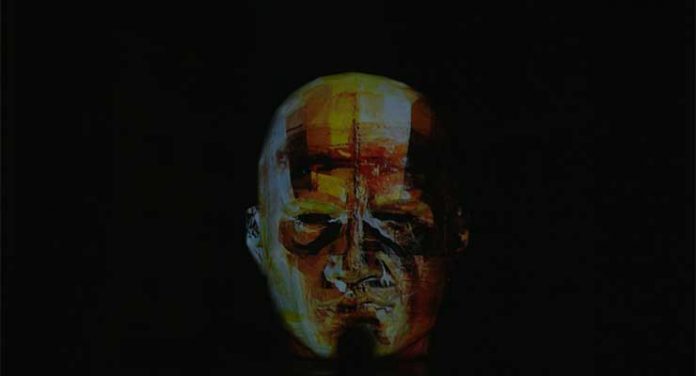 There are a handful of 1920s operas that continue to be performed on the world stages. There are even fewer by Polish composers and Król Roger (King Roger) by Karol Szymanowski, written in 1926, clearly belongs in that company. Loosely based on Eurypides’s The Bacchae, this opera transcends mythology and delivers a chilling message about the power of cults to our modern era. This production is a 2105 Royal Opera House premiere that features a strong cast, orchestra and chorus under the knowing hand of music director Antonio Pappano. 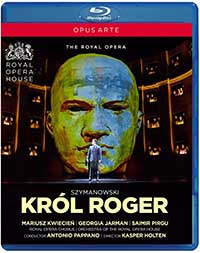 Roger, King of Sicily (Marius Kwiecien), is being entreated by the Archbishop (Alan Ewing) to punish the Shepherd (Samir Pirgu), a Messianic figure who is undermining the authority of the Church. Queen Roxana (Georgia Jarman) asks Roger to allow the Shepherd to state his case. When the Shepherd arrives at the palace, he preaches paganism causing those assembled to ask for his execution. Roger is conflicted and asks the Shepherd to return later for a private audience.

Roger confides in his advisor Edrisi (Kim Begley) that he is not certain what to do. Edrisi suggests that King show more interest in his neglected wife, along the lines of the Shepherd’s preaching. When the Shepherd returns and continues his ministry of hedonism, Roxana and the crowd joins in an orgiastic dance and abandon the King.

The tables are now turned and it is the Shepherd who is in ascendance and the King who is left behind. Roxana urges her husband to yield to the Shepherd.  Finally, Roger resists the temptation of the Shepherd’s manifesto and, in an uncertain ending, seeks a personal alternative to this false prophet.

Szymanowski’s post-Romantic score is lush, the vocal lines are frequently declamatory, and the periodic discordance echoes the conflict between rational/theological rule and sensual abandonment. Maestro Pappano, as his wont, digs deeply into this music and extracts every detail and nuance that it contains. Steffen Aarfing’s rather stark set consists of a massive sculpted head of the ruler enclosed in a wall that suggests the palace. The large head morphs throughout the opera and eventually ends up in ruins. No “new” opera can go very far without a strong cast and the Covent Garden audience is well served. Polish baritone Kwiecien has this role in his bones and delivers a performance that must be considered definitive. Young Albanian tenor Pirgu has a mellifluous voice that oozes with seductiveness. Georgia Jarman, an American soprano, copes confidently with the rigors of her part and gives us a stunning portrayal of a lonely woman who sees the Shepherd as the path to her physical and spiritual salvation. All said, a real artistic triumph for a work that needs to be seen and heard more frequently. 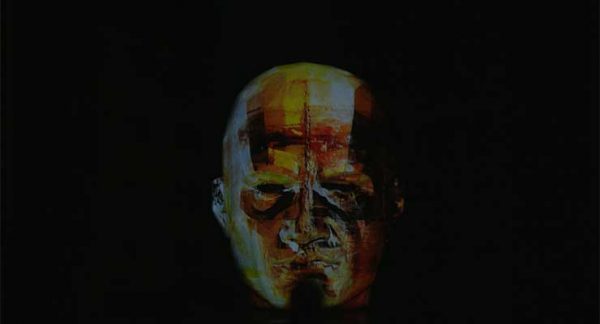 The stage is mostly dark but the colors and details are beautifully reproduced. In keeping with the date of the opera’s composition, most of the costumes seem to date from the early 20th century. Video director Ian Russell’s  cameras draw viewers into the very personal account of the monarch’s dilemma.

The Royal Opera House has wonderful acoustics and these are in full display thanks to the nifty work of the audio engineers. The score’s continual waves of sound are quite evident and yet the voices are carried over the frequently high volume from the orchestra pit. There is plenty of ambience in the surround sound track that places listeners in prime stalls seats.

There are several bonuses in this set:

While I consider myself to be a consummate operaphile, Król Roger was a new experience for me. There is an otherworldly quality to the score that takes listeners to an entirely different plane of existence.  I cannot imagine better vocal performances and the direction and sets do justice to the mystical nature of this story. This is a Blu-ray premiere that demands your attention.