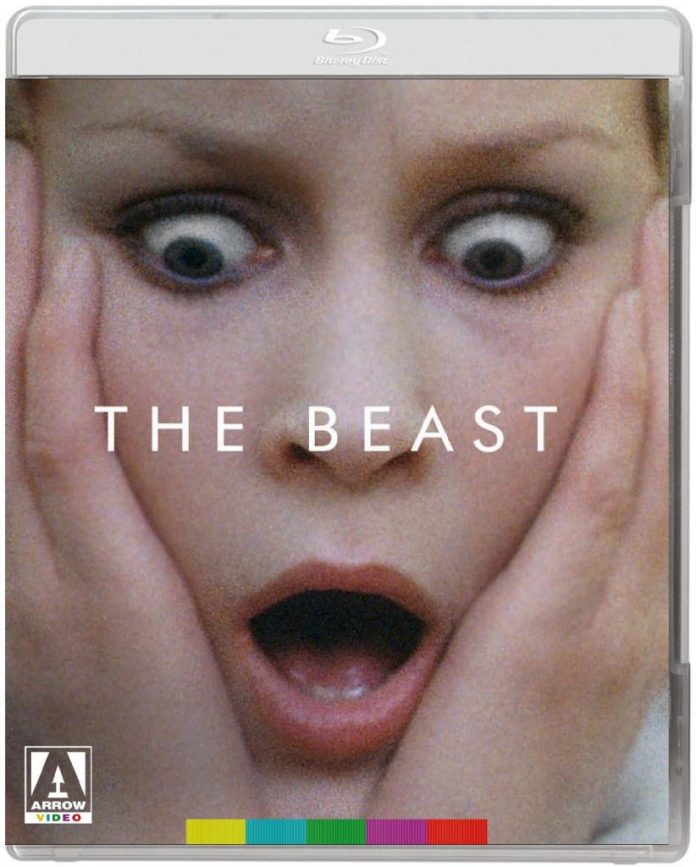 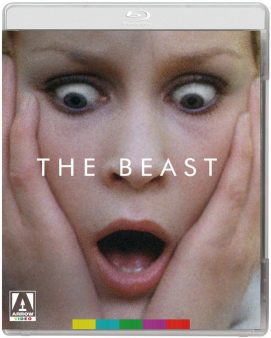 Continuing where Immoral Tales left off (thematically, not literally) writer/director Walerian Borowczyk has expanded on his short tale of The Beast of Gevaudan. Granted, The film is a standalone piece that only uses the footage that ran with Immoral Tales in a hazy dream sequence.

The main story, plot, or whatever you want to call it is mainly about a young woman named Lucy Broadhurst (Lisbeth Hummell), who has been set up in an arranged marriage to by her father in his will. Arrangements have been set in place and certainly hijinks will ensue at the mansion.

Honestly, I don’t think Walerian Borowczyk’s films do anything for me. His artwork and installations, on the other hand, are fantastic. It just seems that he throws everything he can on the screen just to see if it, pardon the pun, sticks. It doesn’t work most of the time. We have scenes featuring nubile young women engaging in various erotica but behind their engagement is a certain “why the hell are we doing this” sort of vibe to it. It’s not sexy and comes off amateurish.

The Beast also shoehorns in his previous short film from Immoral Tales as an incoherent dream sequence that does nothing to move the story along. It’s weird that if he wanted to do a sequel to Immoral Tales he had more than ample opportunity to do so with The Beast. It just feels incongruent to what came before – if that’s even possible.

I do give props to the casting of the actresses for the film – they are beautiful but too bad the subject matter neither stimulates nor titillates. I wouldn’t say it offends but it’s just not good enough to do so. Skip it.

The Beast is presented in gorgeous high definition and this newly remastered print deserves all the accolades it gets in terms of technical merit. The color palette is gorgeous. The primary and secondary colors just leap from the screen. In fact, just by looking at the picture would not think the film was made in the mid-1970’s. Contrast and sharpness are nice and leveled and I only noticed a scratch and speckle here and there but nothing to take away from the overall image. The Blu-ray looks fantastic.

The Beast is presented in French LPCM 2.0. The track is slightly above average. Dialogue and effects are isolated to the front speakers and there is no low end bass to be found on this track. The ambient noises and sounds that would normally emanate from the rear sound stage move to the front but don’t really clutter it, which is good. A small level of depth is kept.

The supplemental materials in addition to the superb video transfer are the true stars of this Blu-ray set. The Blu-ray has multiple interviews with director/writer/artist Walerian Borowczyk and his cinematographer Bernard Daillencourt. There is also a featurette in which several of his collaborators gather around for a nice brunch. Various documentaries, commercials, etc., are also included.

The Beast is certainly an oddity of cinema, and not one that I can fully support. It’s too chaotic and disjointed for its own good. The video, however is breathtaking. The audio quality is decent enough and the special features are in-depth and enjoyable enough. Like Immoral Tales, The Beast is for fans only.