The Edge of Love Blu-ray Review 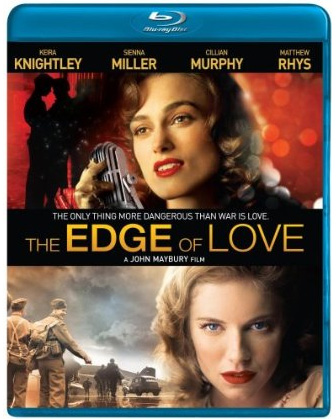 “Especially when the October wind
(Some let me make you of autumnal spells,
The spider-tongued, and the loud hill of Wales)
With fists of turnips punishes the land,
Some let me make you of the heartless words.
The heart is drained that, spelling in the scurry
Of chemic blood, warned of the coming fury.
By the sea’s side hear the dark-vowelled birds.”

– –      From “Especially when the October wind” by Dylan Thomas

Finally, a biopic about the turbulent life of the famed Welsh poet Dylan Thomas (Matthew Rhys), right? Well, not so fast. The Edge of Love marginalizes the larger than life Thomas into a minor character, preferring to focus on the friendship between the wordsmith’s wife Caitlin (Sienna Miller) and his childhood friend and lover Vera (Keira Knightley) instead in an overwrought World War II love story set during the London blitz. A love triangle is extended into a love square, of sorts, as Vera, Dylan, and Caitlan form a relationship that dances on the edge of a ménage à trois but never quite gets there whilst Vera meets a brooding and dashing soldier boy (Cillian Murphy) who gets sent off to fight leaving her behind.

The film spends far too much time showing Thomas as a pub crawling drunkard — though he did like his drink — and, frankly, there’s not enough shown of what made him such a great writer, it is only vaguely alluded to, though one would never be able to put it together. The film is supposed to be a serious piece about the stress of romance and self-destructive behavior during a chaotic period in history but nothing in The Edge of Love inspires any sympathy or any want for exploration. The friendship between Caitlin and Vera is quick, inexplicable and stagnant, Dylan Thomas is portrayed as one-dimensional, and Cillian Murphy’s character ought not even exist. 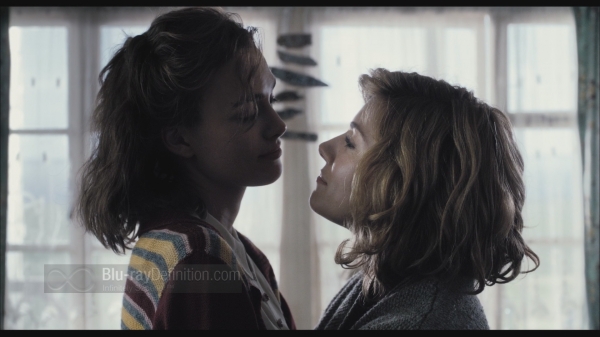 What we have in The Edge of Love is a missed opportunity to explore the life and works Dylan Thomas, the man who gave us Under Milkwood and Before I Knocked and other great pieces of written word. With such a great writer’s life being portrayed on the screen, it is a shame that the screenplay of The Edge of Love should be bogged down with such clichés as “make love to me.” Pass on this typical wartime love drama, you won’t be missing a thing. 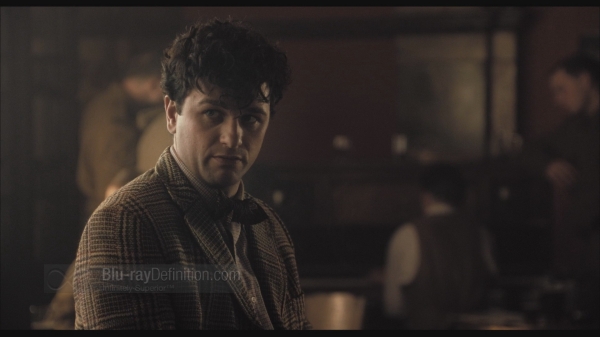 The Edge of Love is not a film that has a palette that will pop from the screen and excite the ocular senses. Draped in drab colors that match the dour mood and overdone World War II romanticism, there is a fine layer of film grain that is persistent and sometimes more obvious than others. Flesh tones are purposely waxy and there are only occasional scenes that are allowed to bathe in light and color.

I could not see any noticeable compression errors in The Edge of Love’s 1.85:1 AVC/MPEG-4 high definition encoding, but there were some issues with clipping of contrast in the few bright scenes. Black crush was also not an issue, but overall detail was rather soft. 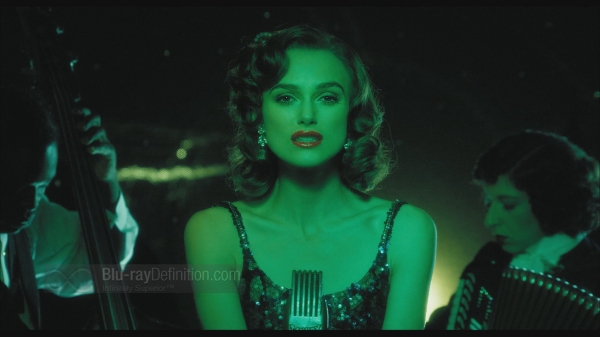 The Edge of Love is provided with an English DTS-HD Master Audio 5.1 (48kHz/16-bit) lossless soundtrack and an English Dolby Digital 5.1 (640Kbps) soundtrack. The film is mostly dialogue driven and the dialogue is presented with great clarity and fullness. The sound does open up, however, with multiple scenes that depict the German bombings of Britain, and these scenes also give the subwoofer a good workout with hefty low frequencies. Discrete sounds are panned to the rear channels during these scenes for a frantic and engaging sound as well. There also some brief battlefield scenes that allow the soundstage to open up, and good use is made of all the channels in those scenes as well. 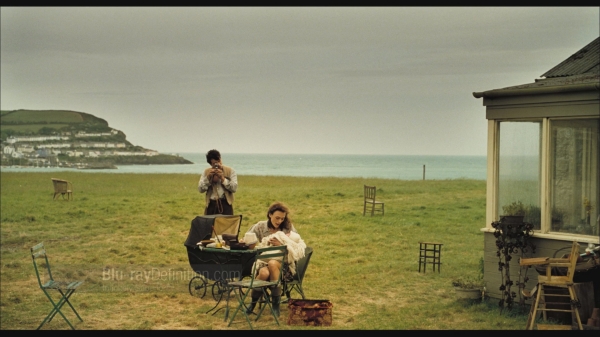 The supplements are weak on this release, offering very little value and much less insight into the lives of these interesting people. If you want the most information, then stick with the audio commentary by director John Maybury and actor Matthew Rhys, otherwise you’ll just be wasting your time. 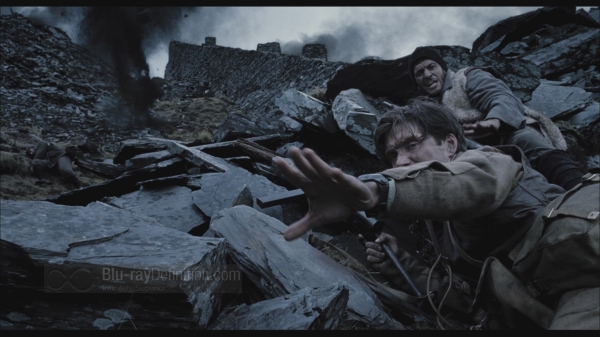 Hopefully one day we will get a biopic befitting the great poet and author Dylan Thomas, but unfortunately The Edge of Love, with its sugary love story, overwrought romanticism, and one-dimensional characters isn’t it. The audio quality is fine enough for a film of this nature, but the picture quality isn’t going to amaze anyone either. All of that adds up to a Blu-ray release that is merely middle of the road.