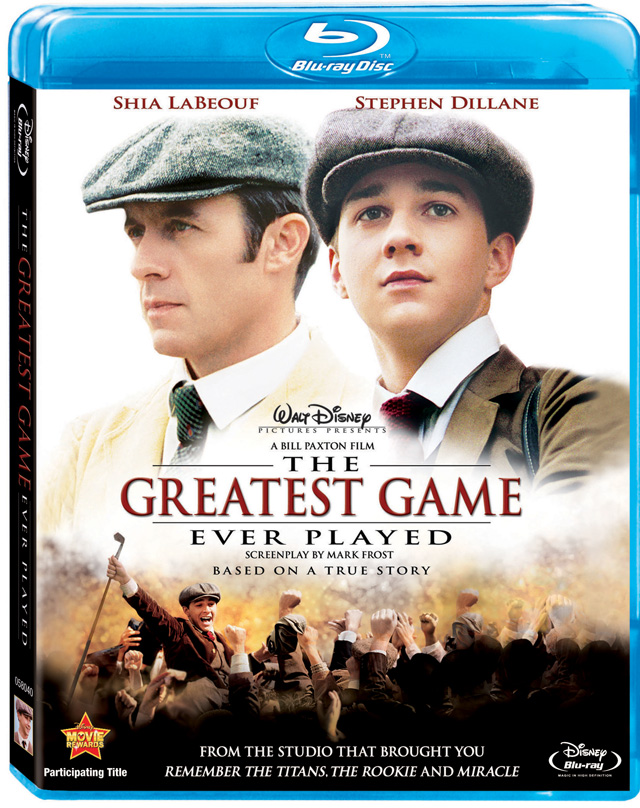 Disney certainly knows how to package a sports movie into a saccharine and sentimental tidbit that can appeal even to those non-sports fans in the audience. Now, releasing The Greatest Game Ever Played alongside another sports movie, Miracle, timed perfectly not only for the forthcoming U.S. Open next week, but the release into theatres of Transformers 2 (also starring Shia LeBeouf), The Greatest Game makes its way onto Blu-ray with heart on sleeve and all the anachronistic references one can swallow in two-hours.

Based on the real-life historical figures Francis Ouimet (Shia LaBeouf) and Harry Vardon (Stephen Dillane), the film chronicles what is supposedly the greatest golf game ever played, the 1913 U.S. Open. As Ouimet, a working class young man raised in the shadow of the Brookline golf club longs to play, but is kept down by social discrimination (read: elitism) he caddies at the Brookline club and soaks in all he can about his golfing idol, the Briton Harry Vardon. As luck would have it, Ouimet is given the opportunity to qualify for the U.S. Open where he not only gets to play against Vardon, but also against some of the greatest amateur and professional golfers in the world. 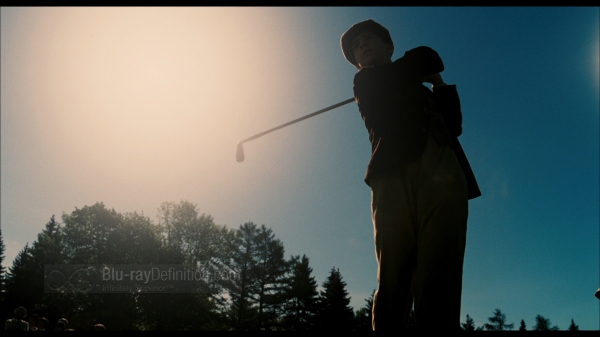 The film is laden with heart-tugging social commentaries and an obvious “root for the everyman underdog” bent, and even its score is pretty and sugary sweet. There’s even the hint of a forbidden romance between Ouimet and one of the daughters of the elite golf club members (Peyton List), where you just have to spur old Ouimet on. What isn’t here, however, is any substantive explanation of what makes this “The greatest game ever played.” Golfing enthusiasts will soak this up, but amongst the uninitiated, there is certain to be some question as to what the fuss was all about.

Still, credit must be given to editor Elliot Graham, cinematographer Shane Hurlbut and director Bill Paxton for creating something that is not only visually pleasing, but that succeeds in making the rather slow and — to many — boring game of golf seem very exciting. There is definitely a sense of suspense and drama in The Greatest Game Ever Played, even if the outcome is already in the record books. Composer Bryan Tyler’s score also contributes to the tear jerking and suspense.

The Greatest Game Ever Played does not live up to its fantastic name. Many viewers might in fact find watching two men hit a tiny ball into a cup for two hours monotonous, even if they are agreeable to the abundance of sentimentality and message of overcoming obstacles in life that this film hits them over the head with like a nine iron. 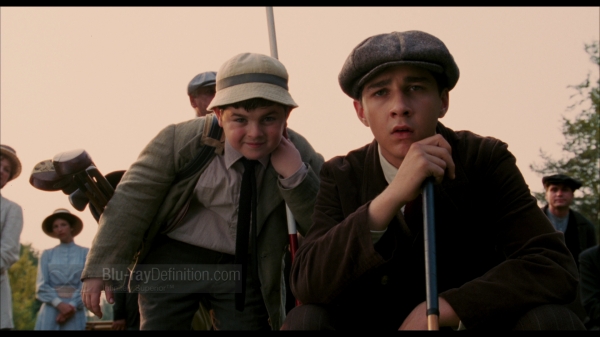 I can only recall one truly awful title coming to BD from Disney, and that is the infamous Gangs of New York Blu-ray release. No need to fret, because The Greatest Game Ever Played is a far cry from Gangs in keeping with the studio’s reputation as one of the best studios for picture and sound quality on Blu-ray.

The Greatest Game Ever Played is given a marvelous 1080p/24 high definition AVC/MPEG-4 encoding of its 1.85:1 original aspect ratio from Disney that is detailed and as clean as one would expect from a film so recent. Black levels are inky, yet shadow detail is strong, with no serious issues with crush. Contrast never clips or blooms, and detail is sharp and stunning.  Saturation, per filmmaker’s intent, is boosted a bit giving a hyper-realistic look to the entire film and the transfer captures it flawlessly. The film’s color palette is awash in the glow of warm hues, glowing sunlight, and verdant greens; as such, flesh tones are a little less than accurate, but this is as intended by the filmmakers. This is another A+ reference-quality release from Disney. 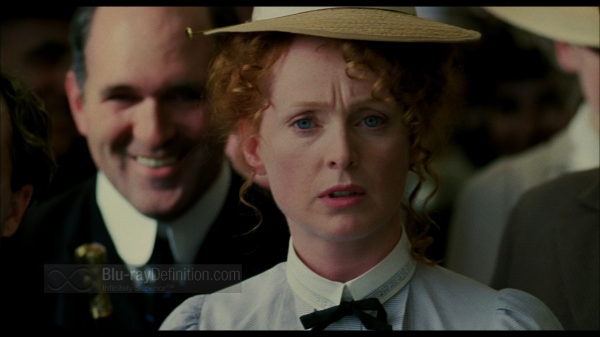 Given an English DTS-HD Master Audio 5.1 (48kHz/24-bit) lossless soundtrack, The Greatest Game Ever Played is a rather front-heavy mix with nice separation and directional panning across the front three channels. The mix has a good level of ambience and atmospheric effects in the surrounds and occasionally there are some discrete sound effects panned into the rear channels as well. Low frequency extension is subtle for most of the film, but during certain sequences, such as when the golfers are “zoning in,” it becomes downright thunderous.  Dialogue is clear and the film’s score sounds particularly smooth and open, with relaxed high frequencies and good dynamic range. 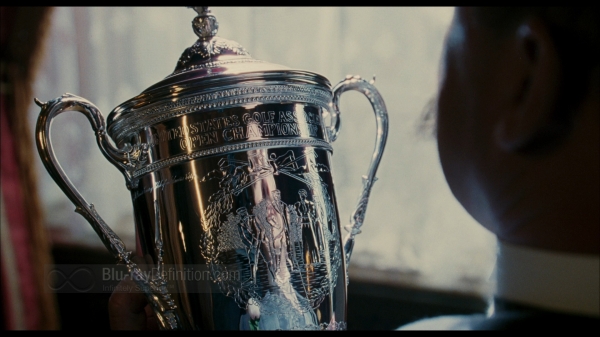 The supplements offered up by Disney for this release are more quality than quantity. The focus is mainly on the making of the film and the real life figures the film chronicles. As such, the supplements offer a respectable level of historical information, including a lengthy 1963 interview with Francis Ouimet himself. 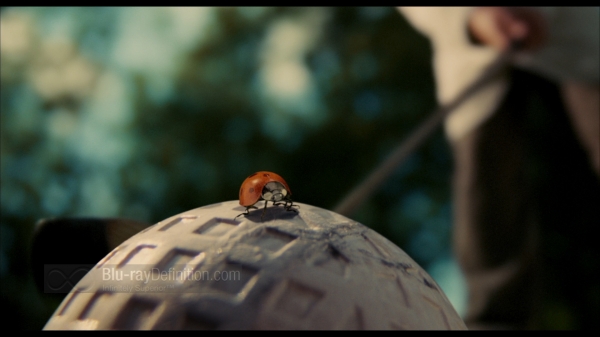 The Greatest Game Ever Played may suffer from an overtly sentimental screenplay and some obvious social commentary, but it is still a pleasent film to watch; worthy of passing some lazy time. The Blu-ray release from Disney is reference-quality all the way and would make excellent demo material for any home theatre.