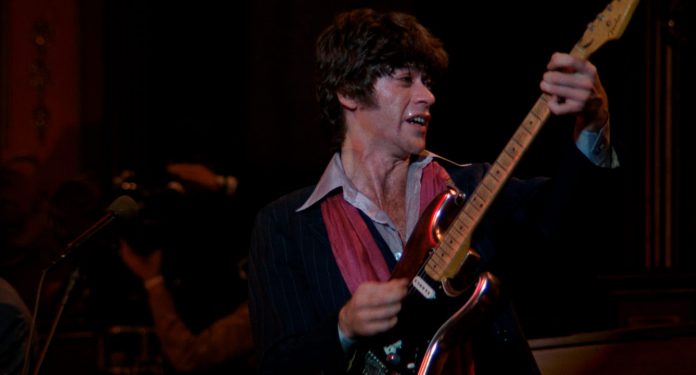 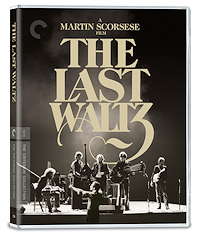 In addition to performing their own hits, The Band back over a dozen of their fellow musicians on some of their biggest hits, people like Joni Mitchell, Neil Young, Van Morrison, Dr. John, Muddy Waters, and Eric Clapton, all turn out to pay their respects to this unforgettable ensemble in the history books of rock and roll. This is a concert film not to be missed. The peppered in interview segments with Martin Scorsese and The Band also shake things up and form a blueprint for concert films/music documentaries that followed such as U2’s Rattle and Hum and countless concert video releases.

Anchoring this classic concert are the genius performances of “The Weight” with the Staples Singers, the sizzling performance of Van Morrison doing his hit “Caravan” and the closing number “I Shall Be Released” with all guest musicians chiming in. Neil Young’s performance of “Helpless” also gets special mention and see if you can spot the ‘traveling booger matte’ visual effect during his performance.

This is a new 4K digital restoration created from a scan of the 35mm original camera negative made in 16-bit 4K resolution made on a Lasergraphics Director film scanner. A 35mm print courtesy of Sikelia Productions was used as a color reference. The transfer was supervised by Martin Scorsese, Lee Kline, and Giles Sherwood. The 4K Ultra HD Blu-ray comes framed at 1.85:1 in an HEVC 2160p (4K UHD) Dolby Vision HDR encodement.  Like the 2018 Eureka Entertainment Masters of Cinema Blu-ray release, this 4K release has beautiful, filmic grain, now even tighter, crisper, and more detailed. Some of the low-level noise from the dim lighting seems to look less noisy now and shadows are more nuanced and detailed. The Dolby Vision (HDR10 compatible), which has core HDR metadata of MaxLL 902 nits and MaxFALL 58 nits, add good ‘pop’ to the stage lighting and vibrancy to the various colored lights as well, like the crimson, pale yellow and so on that are used to light the stage. There are also often inky backgrounds, such as during the ‘live’ performance of “The Weight” on the soundstage.

There are three audio options included for The Last Waltz, a DTS-HD Master Audio 5.1 track remixed from the original two-inch 24-track magnetic masters in 2001 by Ted Hall at POP Sound in Santa Monica, California under the supervision of Robbie Robertson. The stereo mixes and stems made by Robertson’s mixer Dan Gilbert were used in the creation of the 5.1 mix. There is also a 2001 stereo mix in LPCM 2.0 and the 1978 stereo surround mix included in DTS-HD 2.0.  The 5.1 mix is the way you want to go for this release although it sounds great whether you choose the 5.1 or the stereo 2.0. The DTS-HD Master Audio 5.1 mix has fantastic dynamics, good musical lows, and a punchy midrange. The LPCM 2.0 stereo track maintains all the plusses from the 5.1 track minus the ambiance of surround channels, so you won’t be placed in the performance space and feel that “at the concert” experience. The 2.0 surround lossless mix brings a little of that spaciousness from the 2001 5.1 mix, but the matrixed surround sound doesn’t quite hit the same way.

I would call this Criterion release and the UK release from Eureka’s LE Masters of Cinema Blu-ray a tie in the extras department given there is some crossover as far as the commentaries, the archival jam session, and the fact that the MoC The Last Waltz came with a 100-page bound collector’s book. This does have a thin booklet with essay, but the real bonus over the Eureka is the new interview with Scorsese and an archival CBC interview with Robertson and Scorsese.

One of the greatest concert films of all time gets a beautiful new 4K restoration and transfer and the boutique treatment on disc from Criterion with this release that is a must-have, must-own, must-watch, must-listen, reference quality release for any music lover.

The Last Waltz is out on 4K Combo and Blu-ray on March 29, 2022 from the Criterion Collection