The Legend of the Lone Ranger (1981) Blu-ray Review 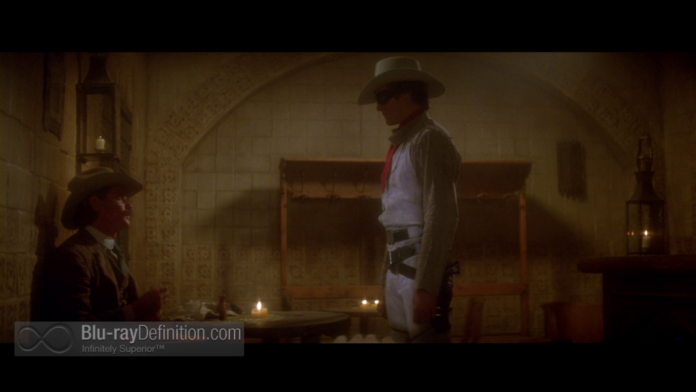 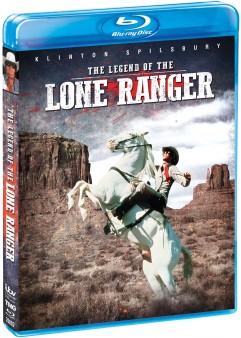 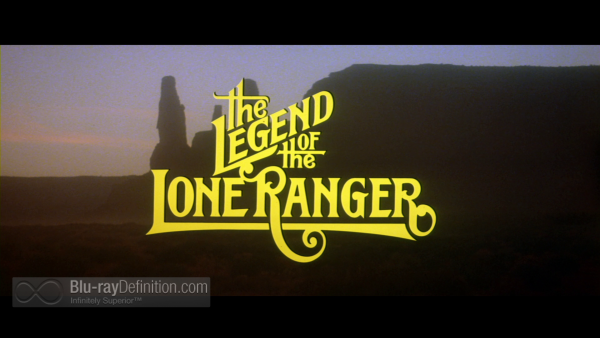 A straightforward and lackluster telling of the Lone Ranger origin story starring Christopher Lloyd and Jason Robards, director William A. Fraker’s film is mostly noteworthy only for its cinematography, courtesy of László Kovács, of Arizona’s famous Monument Valley.

Klinton Spilsbury plays John Reid, an orphan boy who becomes lifelong friends with the Native American boy Tonto (Michael Horse)after he saves Tonto’s life.  John grows up to become a lawyer and moves out West to Texas to join his brother, a Texas Ranger, where he plans to fight corruption, mainly violent outlaws like the Cavendish gang who were responsible for killing his parents. When John gets the opportunity to ride out with the Rangers to capture the very Cavendish gang, he takes it, but it turns out to be a trap, and all of the Rangers are killed, but John is saved and reunited with his friend Tonto. After being nursed back to health, John finds a new white horse, Silver, dons a mask, and rides off with Tonto by his side to avenge the Rangers, including his brother. He now must stop the Cavendish gang from pulling off one of their most outrageous plans, to kidnap President Ulysses S. Grant.

Christopher Lloyd stars as Butch Cavendish and Jason Robards as President Grant, the strongest performances in the entire film. Everyone else’s performances might as well have been out of a high school talent night, because they are so hammy it’s a bit hard to sit through. Making matters worse is the film is dotted with a cheesy voice over narration and little else to develop the story or the characters.

As previously mentioned, the strongest part of this film is its visual style, which utilizes Monument Valley as its backdrop. It’s not original in any way, this being one of the most common places to film westerns, but it works to elevate the film and at least make it wonderful to look at. 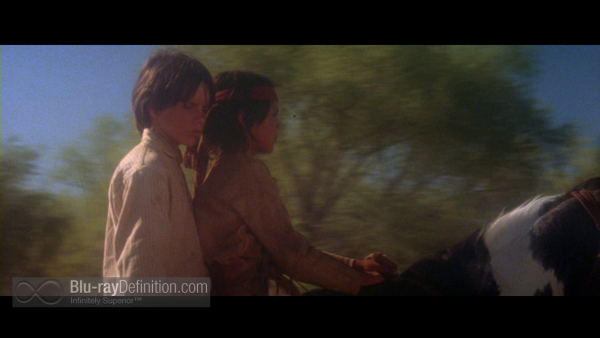 The Legend of the Lone Ranger was a 35mm anamorphic production in 1981 and it comes to Blu-ray in an AVC/MPEG-4 1080p encodement from Timeless Media Group. This is not a great looking transfer, partly due to the hazy filter employed for artistic purposes and partly due to this transfer, which is very soft and a bit grainy, in some spots gritty and almost tipping into noise. For the most part  the image is clean and overall it looks natural with good color, but just average contrast. 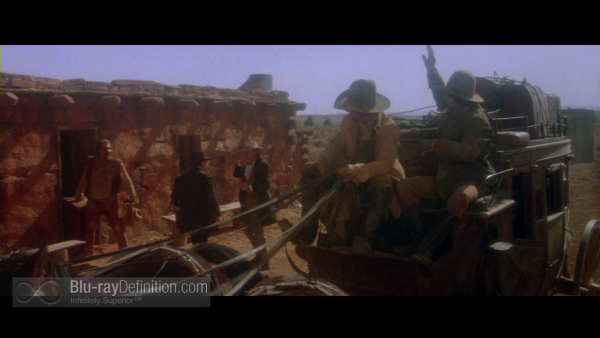 The Legend of the Lone Ranger comes with a simple DTS-HD Master Audio 2.0 (48kHz/24-bit) monaural soundtrack that is what it is, really. The sound is a bit boxy and limited in range, the sound effects sound just a little shrill, but ultimately it offers clear enough dialogue. 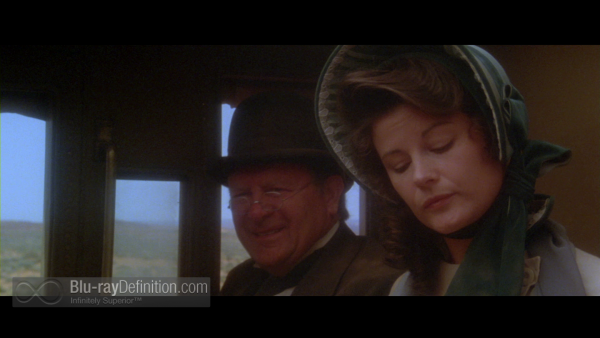 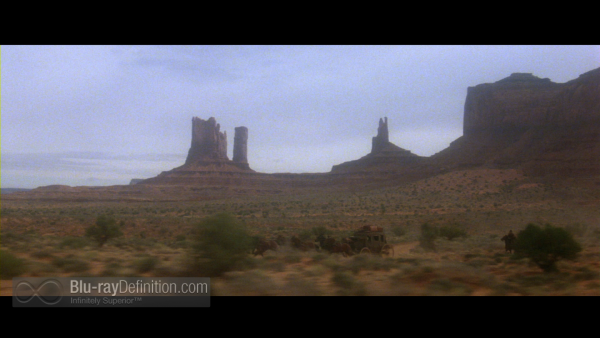 This 1981 film of The Legend of the Lone Ranger may be even worse than  Johnny Depp’s 2013 vehicle where he donned brown face and played Tonto; at least that film had a sense of humor. This film is just humorously mediocre. 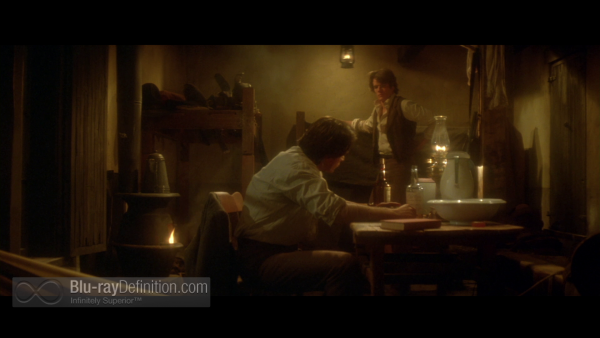 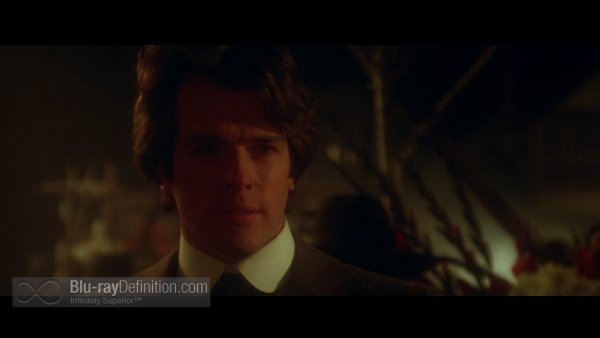 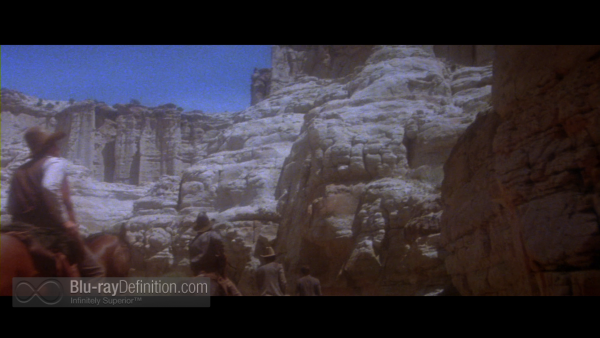 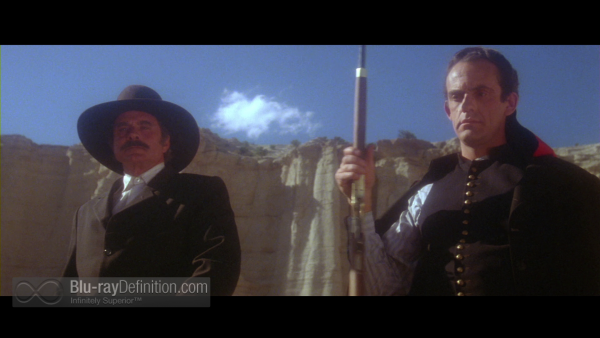 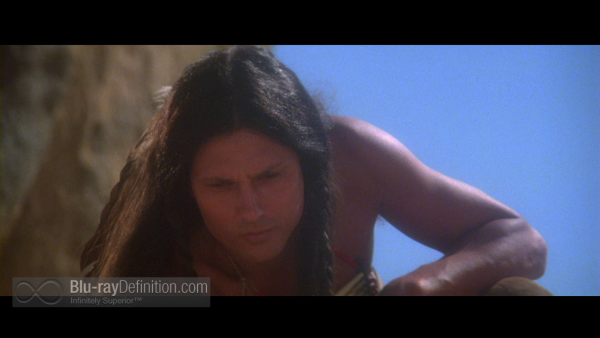 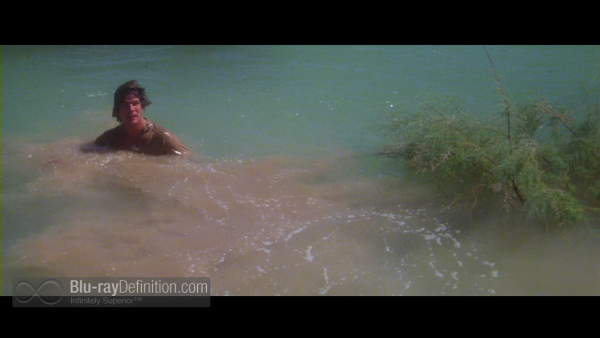 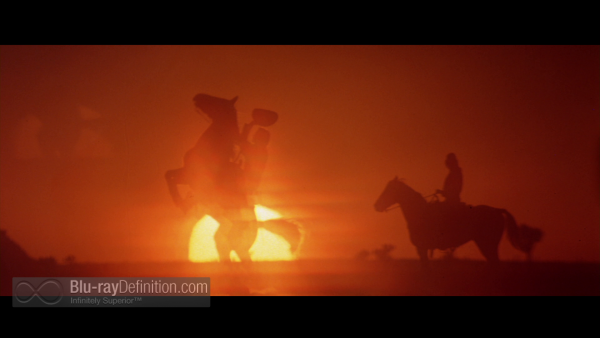 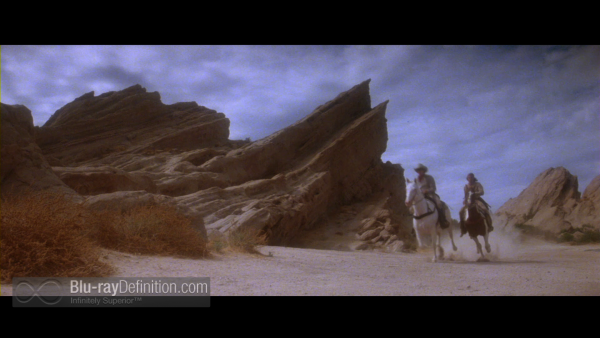 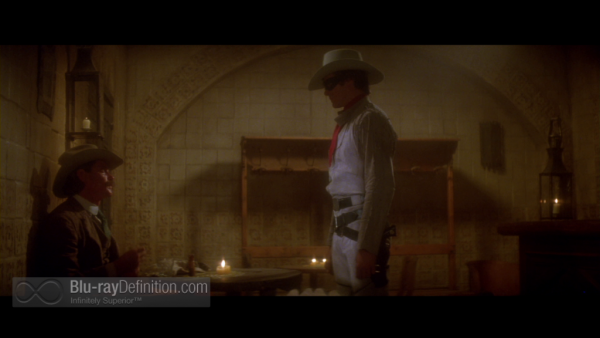 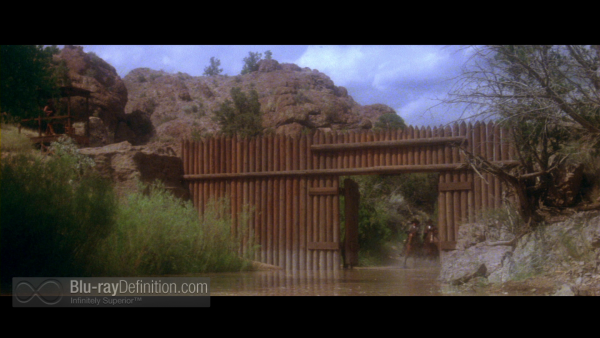 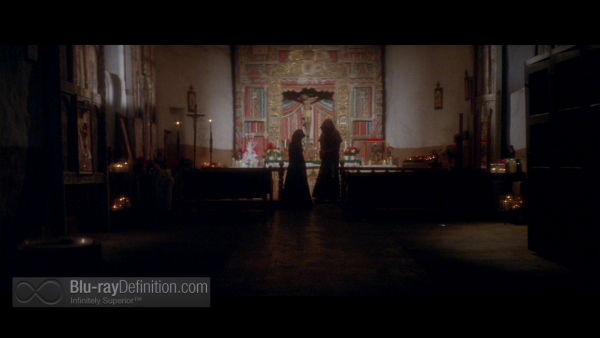 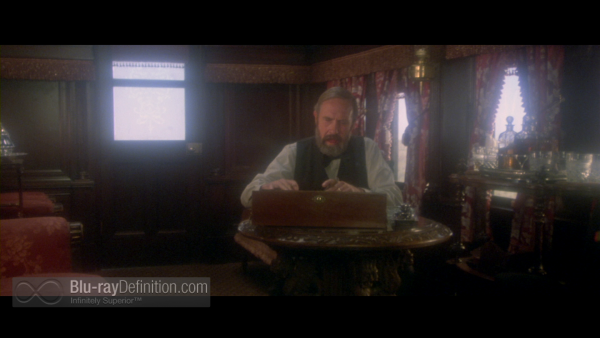 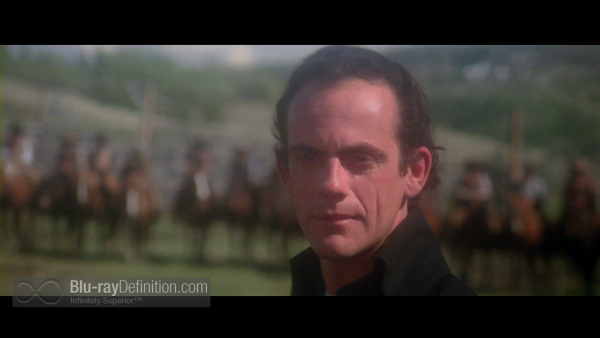 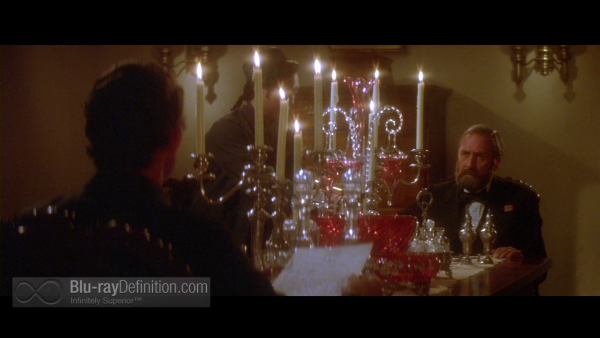 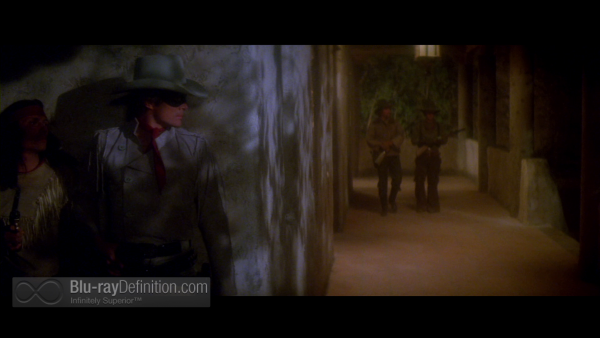