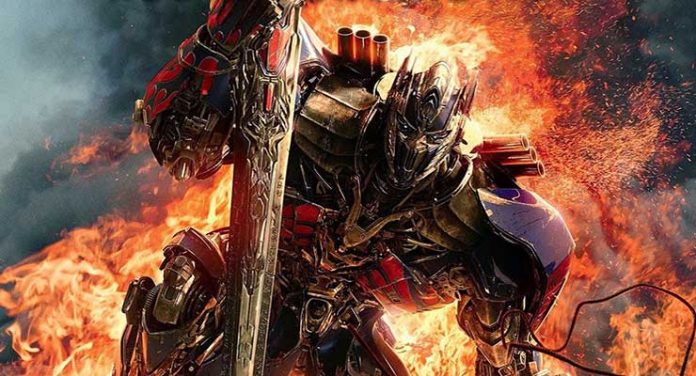 The Bay-Kruger team fires a dud with Transformers: Age of Extinction, the longest Transformers installment to date that feels even longer than its actual run-time.

It has been five years since downtown Chicago was destroyed during an epic Autobot-Decepticon showdown. A few Autobots have been granted sanctuary while the remaining Decepticons are on the run. Besides a new human cast, we get a bunch of new Transformers, including Hound (John Goodman), Drift (Ken Watanabe), Crosshairs (John DiMaggio), Lockdown (Mark Ryan), and Brains (Reno Wilson).

KSI director Joshua Joyce (Stanley Tucci) conspires with Attinger to melt down the remaining Transformers to make drones, resurrect Galvatron, and use the “Seed”  a device that contains Transformium, to “improve” humanity. Yeager infiltrates the company lab and discovers an overarching plan at work: Galvatron will use the KSI drones and the Seed to gain control of Earth. Cade informs Joyce who then agrees to turn over the Seed and moves his manufacturing to Sue Yueming’s (Li Bingbing) Chinese factory. There is the now much-anticipated fight to the death between the evil robots Megatron, Lockdown, Galvatron and the good Optimus. The outcome might be in doubt, but there is every sign that another Transformers installment waits in the wings.

In spite of improvements in sights and sounds, the lame script allows few opportunities for a good cast to get this film off the ground. The fireworks display at the end credits are a welcome sign that this one is finally over. 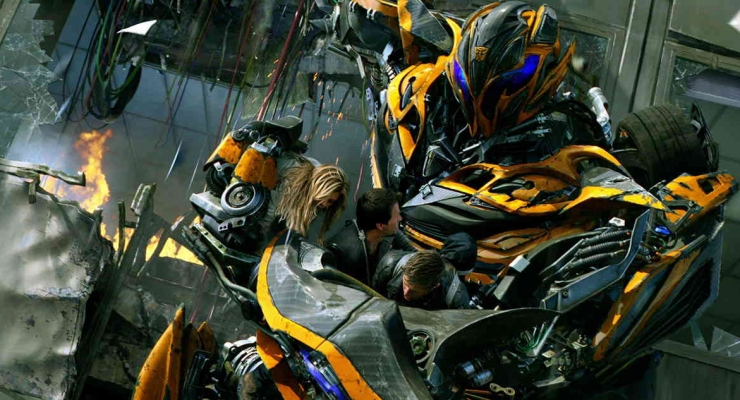 The 35 mm source for Transformers: Age of Extinction was captured by Arri Alexa cameras and Panavision lenses that received its HEVC 2160p (4K) HDR10 encodement from the 2K digital intermediate (DI). This is the best-looking 4K Ultra HD picture in the series to date with sensational colors and details. The Blu-ray is also first-rate, not surprising considering the 2K provenance of the original source. CGI effects are also as good as it gets.

Another Dolby Atmos soundtrack (defaults to a Dolby TrueHD 7.1) gives any object-oriented system a workout and uses this audio medium very effectively.

There are three discs and Digital HD UltraViolet.

From the standpoint of viewer interest, the supplements readily surpass the film content on Transformers: Age of Extinction and are probably the only reason to give this one a tumble. Transformers: The Last Knight may breathe life into a tired formulaic film franchise when it gets its inevitable 4K Ultra HD disc release, but I would not hold my breath.

Transformers: Age of Extinction is out now on 4K Ultra HD Combo Pack from Paramount.