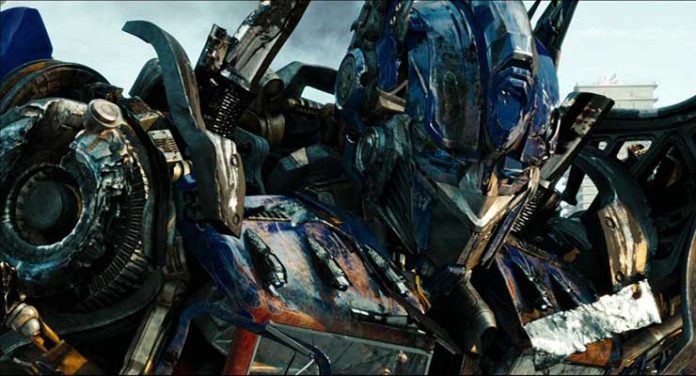 With two major box office smashes under their collective belts, director Michael Bay and writer Ehren Kruger return viewers to the world of Transformers with Transformers: Dark of the Moon. The Autobots have been routed by the Decepticons and, in desperation send the Ark, a Cybertronic spacecraft that crashes on the moon in 1961, laden with sacred pillars that can establish an interstellar bridge to Earth. The Apollo 11 team finds the Ark’s wreckage and their findings are  immediately quashed while the space program is shut down ten years later.

Director of National Intelligence Charlotte Mearing (Frances McDormand) visits the Autobot Headquarters, accompanied by Buzz Aldrin, who tells Optimus Prime about the discovery of the Ark. The Autobots must find the craft before Megatron and his minions obtain the sacred pillars. Optimus resurrects his mentor, the venerable Sentinel Prime (Leonard Nimoy) who later turns against him and joins Megatron.  Sam visits former FBI Agent Seymour Simmons (John Turturro), now a wealthy best-selling author.

Simmons contacts former cosmonauts Yuri (Eugene Alper) and Dmitri (Elya Baskin) and sees secret photographs from the dark side of the moon showing evidence of sacred pillars being dragged off by the Decepticons. The interstellar bridge is built making the Decepticon invasion inevitable. Gore has sold out to the Russians (and the Decepticons) and offers Sam a deal: either he undermines Optimus and the Autobots or Carly is gone.

The Decepticons have a secret plan for the fate of Earth that Sam must somehow detour to rescue Carly. Against all odds, Sam joins a small special ops force led by Colonel Lennox (Josh Duhamel) and joins the struggle to overcome the superior technology of the alien invaders that lays waste to downtown Chicago.

With a more coherent script than the previous installment, Transformers: Dark Side of the Moon steers its cast toward an apocalyptic Autobot-Decepticon confrontation. A frenetically paced final act gives Transformers fans all that they can handle. 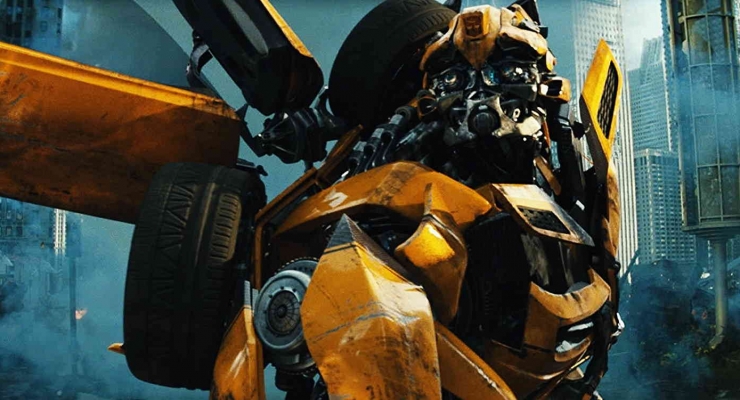 Using similar gear to the original Transformers film, the 35 mm source for Transformers: Dark of the Moon was captured by Arri Alexa cameras and a series of Panavision, Hasselblatt, Canon and Angeniuex lenses. The HEVC 2160p (4K) encodement is up-scaled from the 2K digital intermediate, using a Kodak Vision 2383 35 mm source and mastered in the HDR10 HDR (High Dynamic Range) format. As good as the first film was, this 4K Ultra HD picture is a noticeable upgrade with tremendous colors, facial details and a nearly holographic depth of image. The bonus Blu-ray is also stunning, if not quite at the 4K level. New cinematographer Ben Seresin keeps the visuals much in the same mode as his predecessor, that is to say, at a thrill-a-minute pace. The CGI effects continue to astound and are incredibly well-integrated into the texture of the film.

The Dolby Atmos soundtrack (compatible with Dolby TrueHD 7.1) on the Transformers: Dark of the Moon 4K Ultra HD disc is room rattling, thunderous, and uses the height channels to great effect during the numerous battle scenes and overflights. Your subs will get a tremendous workout so better be sure that they are up to the task.

There are three discs and an Digital HD UltraViolet.

The creative team regains their footing on Transformers: Dark of the Moon in an extraordinary watch-and-listen. While it was not easy to see my hometown done in by extraterrestrials, I was duly impressed by the result.

Transformers: Dark of the Moon is out now on 4K Ultra HD Combo Pack from Paramount