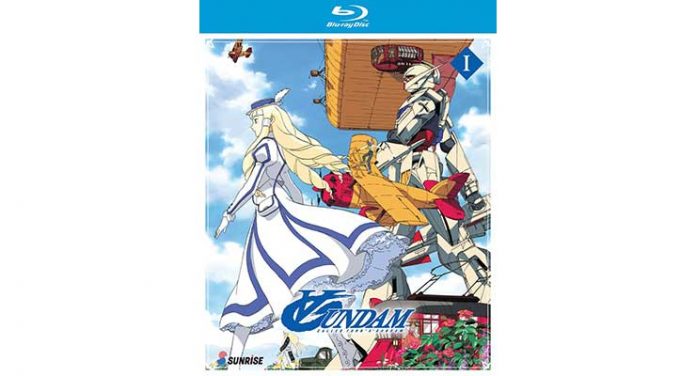 Turn A is arguably one of the great turning points of this beloved franchise, helping to bring together nascent plotlines and different timelines, mecha, and centuries into one cohesive, giant story arc. This first collection finally brings the ongoing tensions between the “Moonrace” and the “Earthlings” to a head in what we know will eventually become even wider in scope.

The first part of this series begins like so many of the Gundam entries, very earthbound, character-driven, and pastoral, before expanding into large-scale socio-political ideas that can be placed on top of things we deal with in the real world. Political maneuvering, the elite royalty and military like Dianna Counter or the Heim family versus the poor and middle class, different factions pit against one another, or the advanced societies against developing ones – these are all themes explored in this first set of 25 episodes alone.

Turn A was the last of the Gundams to mostly use hand painting on cels and the animation style looks breathtaking at times. For something gained, there always seems to be something lost. While today’s digital anime can certainly dazzle, and often does, there is something organic and visceral about this anime done on film that the more sanitized digital medium can’t quite capture. 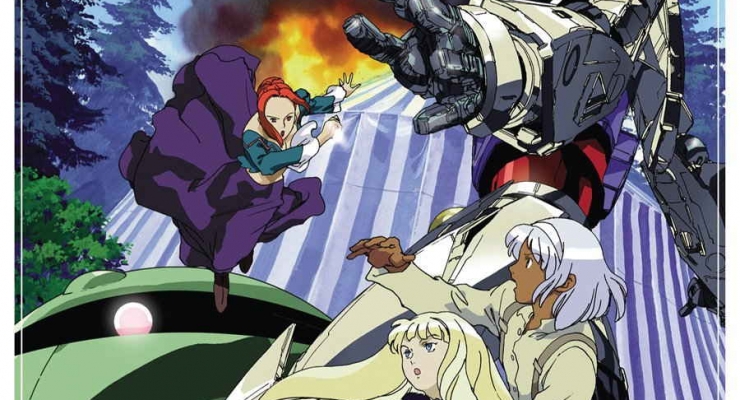 This done on film anime looks quite good given its age. Turn A Gundam arrives in an AVC 1080p encodement in its original aspect ratio of 1.33:1. It’s relatively clean apart from a few specs here and there and some frames that look a little grainier than others. It has been cleaned up nicely, but detail still remains. It hasn’t been overly smoothed over and colors look naturally saturated.

The original Japanese-language stereo mix is offered in LPCM 2.0 and it sounds good with a reasonable amount of dynamic range, strong stereo imaging and clean dialogue.

There isn’t much included on this first collection. Only the clean openings and closings, actually.

The classic mecha series Turn A Gundam gets off to a magnificent start in the first 25 episodes of Collection 1 from RightStuf. The action-packed and dramatic story arc is well served by a strong restoration on Blu-ray from Sunrise.