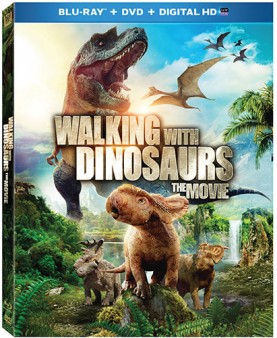 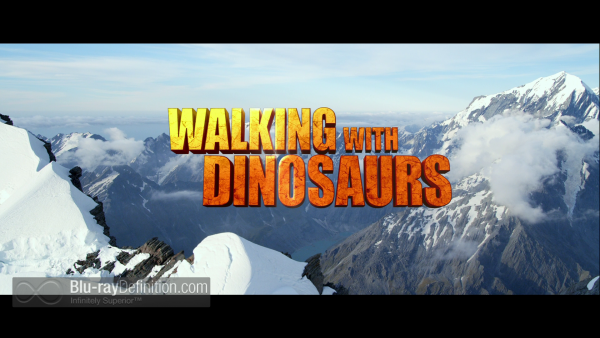 Based on the successful television series, Walking with Dinosaurs the Movie is an animated CGI adventure for the entire family that follows one small Pachyrhinosaurus named Patchi (Justin Long) and his brother on a harrowing journey of migration during a time when dinosaurs ruled the Earth. Patchi must grow from the runt of his litter and face the world head on, from the dangers of fires to predators and learn to gain courage and become the leader of his pack.

Directed by Barry Cook (Mulan; Arthur Christmas) and Neil Nightingale (Meerkats the Movie) with a script by John Collee (Happy Feet), Walking with Dinosaurs is decidedly aimed at younger audiences, even with little inserts of descriptions of each dinosaur by fellow kids along the way and very child-like voice acting from the cast. That said, the film is not for the very youngest ones out there as there are many strong scenes of peril, including predators attacking, Patchi being trapped under a tree, and more.

Still, the splendor of the visuals (the film was originally done in 3D) and the overriding sense of adventure, teamwork, and family values makes this one a fun, if somewhat light look at the prehistoric era it portrays. 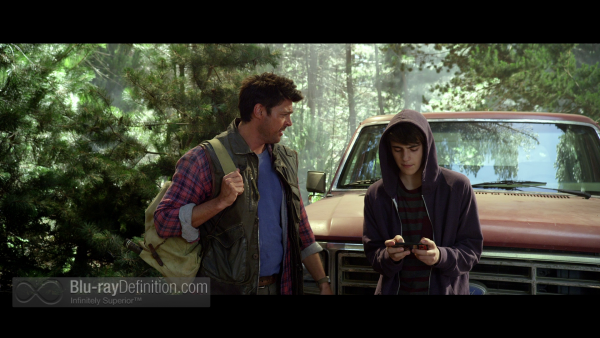 Walking with Dinosaurs may have looked even better had we received the 3D edition from Fox, but one can’t argue against the realism presented here even in this “flat” AVC/MPEG-4 1080p encodement to Blu-ray. Sure, sometimes the CGI dinosaur effects don’t always work, but the detail rendered in the skin and background landscapes looks breathtaking. 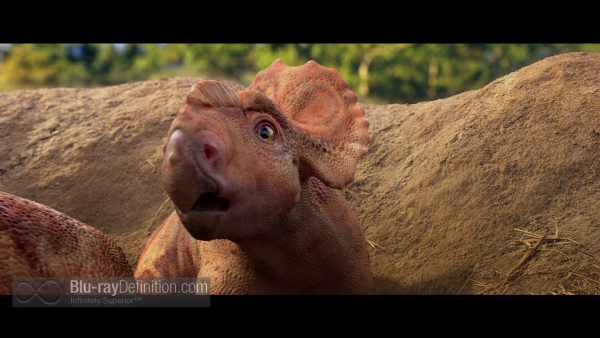 Accompanying the strong picture is an equally strong audio track in lossless DTS-HD Master Audio 5.1 (48kHz/24-bit). The low end extends well down into the lower registers, but is hardly boomy. It offers a rollicking foundation to all those herds migrating as well as a fully encompassing 360-degree soundfield of nature sounds. 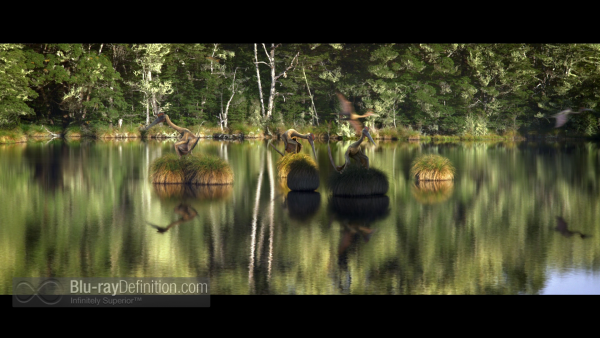 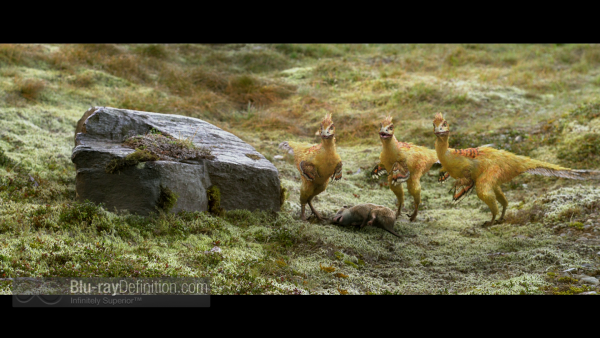 Awesome visuals and childlike wonder make Walking with Dinosaurs a fine adventure for older kids and the rest of the family. The Blu-ray captures is all nicely, so pop the corn and gather round the television for this one. 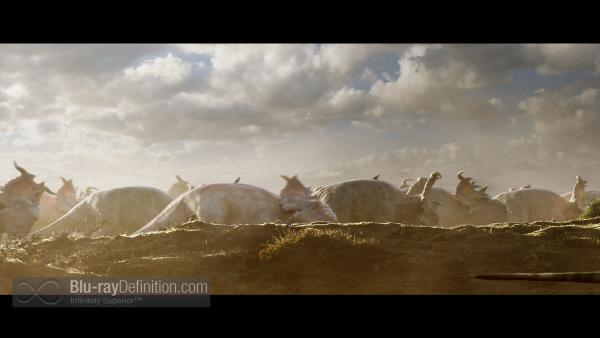 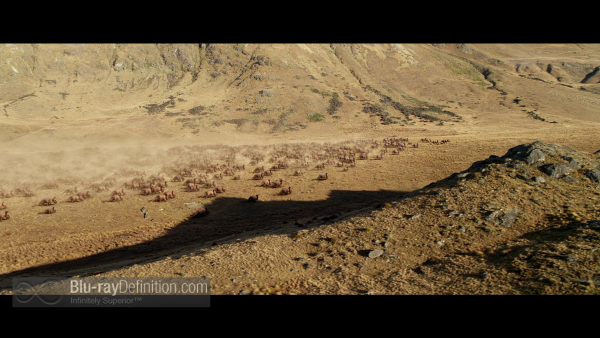 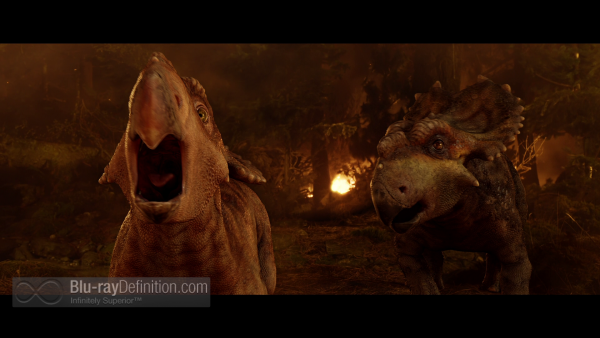 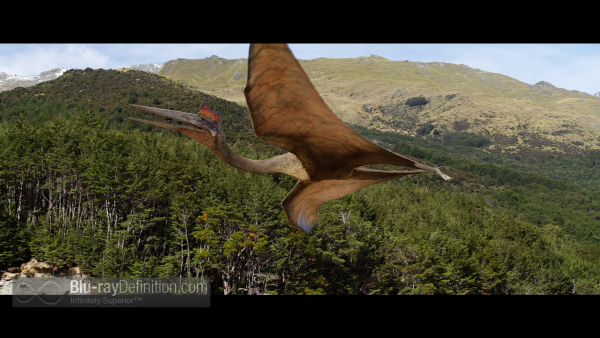 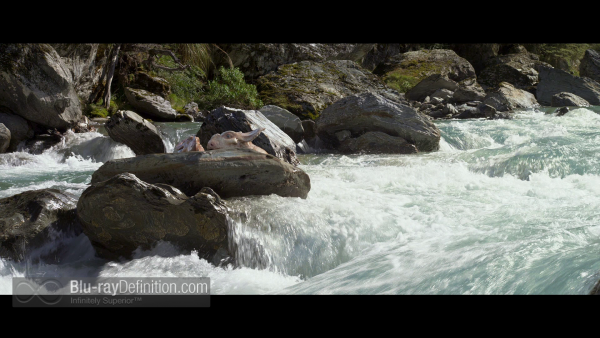 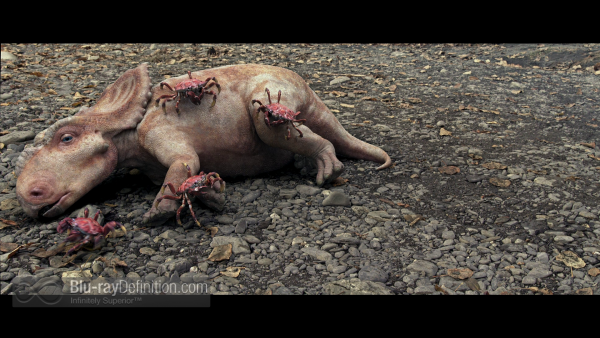 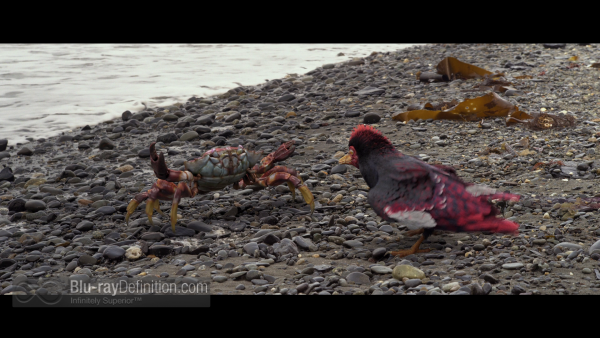 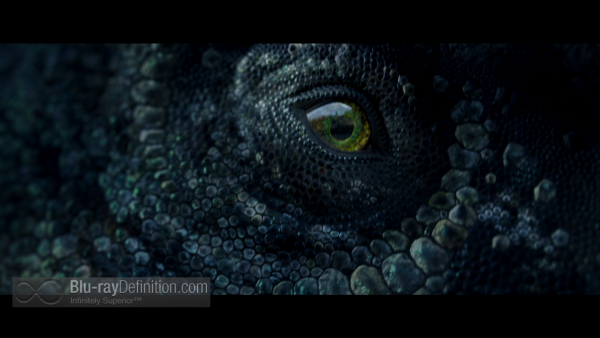 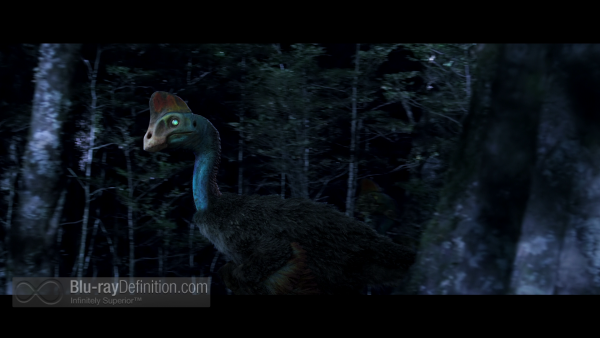 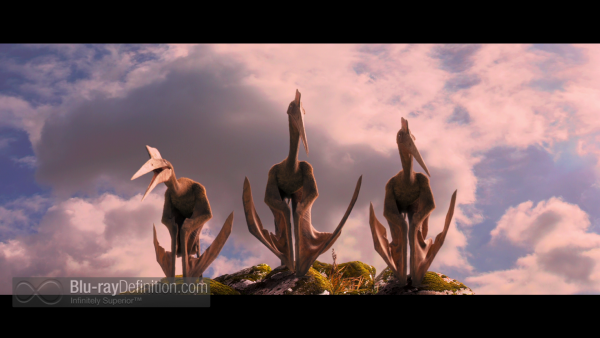 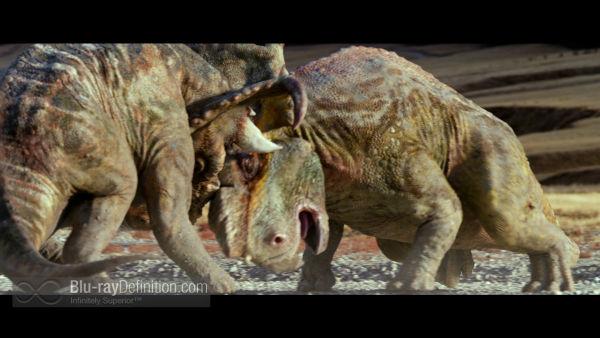 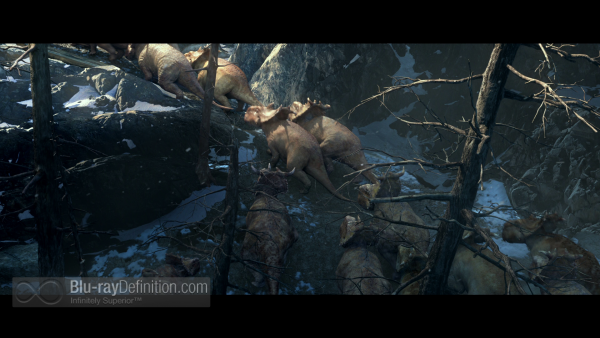 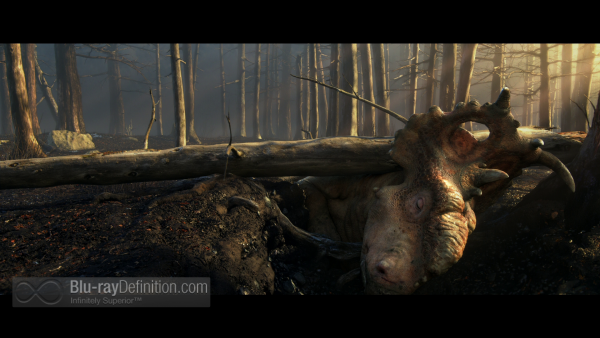 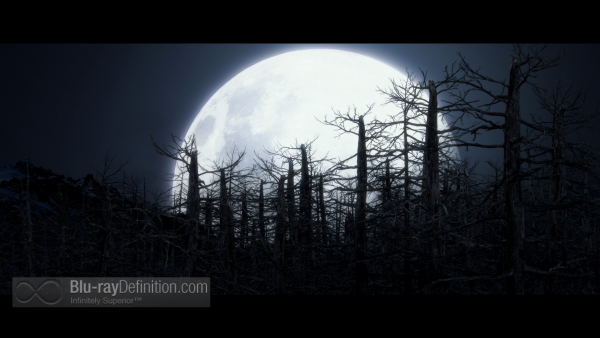 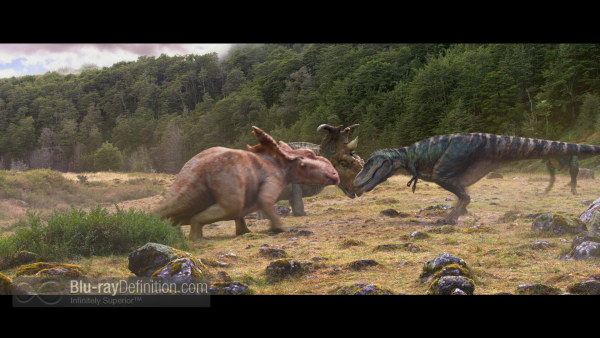