The Beatles: Get Back (Documentary Series Review) 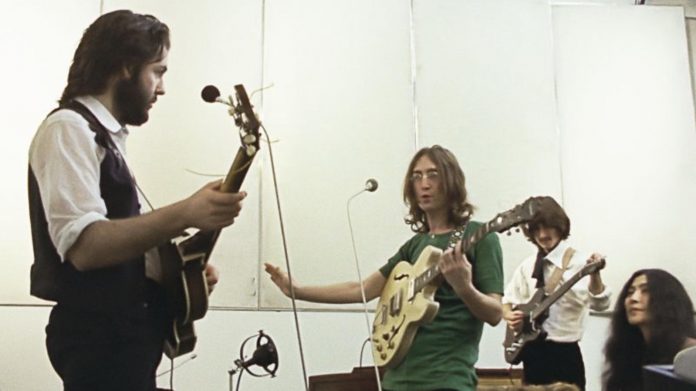 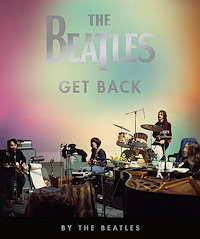 In January 1969, The Beatles had been performing together for nine years and, during that time, had set the pop music world on its proverbial ear.  The creative process chronicled during the last three weeks of that month would generate a new album but would also mark The Beatles’ final public performances as a group. “Let It Be,” the album’s eventual title, was actually recorded before their penultimate album— “Abbey Road” but due to a protracted editing process, it was released nearly a year later.

Noted New Zealand director Peter Jackson (The Lord of the Rings) curated more than 60 hours of films and 120 hours of audio recordings from Michael Lindsay-Hogg’s 1970 82-minute-long documentary about the making of “Let It Be.” Sessions were captured by handheld and tripod-mounted cameras loaded with 16 mm film and by a pair of Nagra tape decks manned by recording engineer Glyn Johns. Jackson had the sounds and images meticulously synched and reduced this vast archive to a three-episode series that still runs nearly eight hours.

Each episode covers a block of several days marked by events that affected the courses of both the recording sessions and the preparation for the concert performance. At the beginning, The Beatles try to select what new material will be included in the concert playlist as new songs are being composed on the fly. At the end of the first week, George leaves for lunch and does not return to the recording venue, the Twickenham Film Studios.  Paul and John must decide whether to go on without their bandmate or somehow manage to coax him back into the group or, if that fails, replace him.  George finally agrees to return but only if the recording is done at the Apple Studios in the basement of the company headquarters on Savile Row. Producer George Martin saves the day by replacing Apple’s inferior equipment with his own gear. When keyboard wizard Billy Preston, often dubbed “The Fifth Beatle,” enters the studio, the album finally begins to take shape.

During the group’s studio homestretch, they begin assembling the final takes for the 12-song playlist on “Let It Be” while deciding what to play for a final public concert on the studio’s rooftop. The 46-minute concert had five of the new songs, three of which appeared on the final version of the album, and it was briefly interrupted by police responding to complaints of disturbing the peace along Savile Row.

Get Back represents a significant technical improvement in sights and sounds over its predecessor as Lindsay-Hogg’s 16 mm images really pop and the Dolby Atmos soundtrack catches all the nuances of the Fab Four’s music making in the studio. I have never seen any Beatles documentary that delves so deeply into how the contributions of each group member made the whole greater than the sum of its parts. Throughout the extended documentary, despite rumors of friction among the group members, we witness amicable exchanges between John Lennon, Paul McCartney, George Harrison, and Ringo Starr while watching the genesis of a hit album. Some idiosyncrasies of each Beatle are revealed: Paul biting his nails, Ringo staring into space, John’s playing with his long hair, and George standing aloof in the background. What is also revealed is that these men were talented multi-instrumental players although, for purposes of performing, each kept mostly to his primary instrument. Peter Jackson also gives us glimpses of the women in their lives at that time—Yoko Ono, Linda Eastman McCartney, Maureen Starkey, and Pattie Boyd.  Although you could binge-watch Get Back, I would recommend seeing it in smaller portions because each episode runs as long as a feature-length film. Even if you, unlike me, were not standing in line in the cold chill of January 20, 1964, to buy the “Meet the Beatles” LP, you will still come away from Get Back, impressed by these collective talents that generated enough hit songs to last a lifetime that, for this group, was only ten years. For those who wish to capture the audio-only portion of the magic recording studio moments of Let It Be, there is a 50th anniversary remastered version available either as a multi-CD set or a 4 LP-1 EP set with a picture-filled book commemorating this unique occasion. Some longueurs in the recording studio aside, this series receives my highest recommendation.

Get Back is streaming in its entirety on Disney+