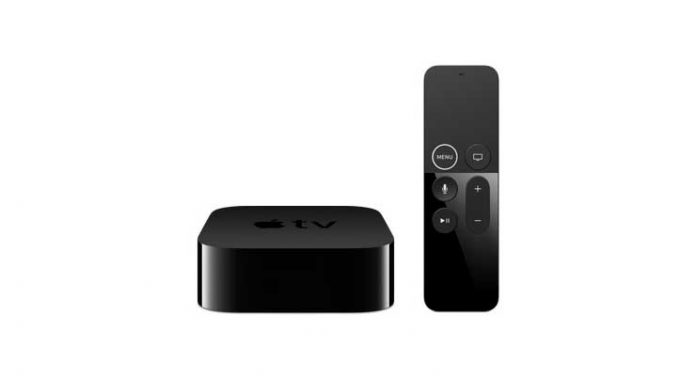 4K streaming devices are landing on the beachhead just like the Marines did on D-Day and consumers have choices that simply did not exist just a few years ago. Apple has been slow in marketing a 4K-streaming device and, in the interim, has been outpaced by Roku, Amazon, Google, and Nvidia. On September 22, 2017, there was a new kid on the block when the Apple TV 4K hit the retailers nationwide. I have owned every Apple TV beginning with Generation 1 and still have a 1080p Gen 4 Apple TV that remains in the current product line. While each new model has improved its sights and sounds, the growing amount of 4K-source material made it incumbent on the gang in Cupertino, California to pick up the pace but will this latest Apple TV make the grade?

The Apple TV 4K comes in two versions differing only in onboard storage capacity: 32 GB vs 64 GB. Your choice will depend on the number of apps and high-resolution downloads that you intend to store. With a price difference of only

$20, there is little penalty for getting more gigs in a device that you will keep for the foreseeable future. Realistically, both Apple TVs probably offer more storage space than most users will ever need. The Apple box also houses a remote control, a lightning-to-USB cable for recharging the remote, a power cord, and a very basic quick start-up menu.

The Apple 4K sports an enhanced A10X Fusion chip essential for managing high dynamic range color content and 2160p images, Bluetooth version 5.0, Gigabit Ethernet, and 802.11ac Wi‑Fi with MIMO/simultaneous dual band (2.4GHz and 5GHz). Like previous Apple TVs, the front panel is bare except for a power indicator LED. The rear panel has a power cord receptacle, and ports for Ethernet and HMDI 2.0a cables. The Apple 4K has HDR10 and Dolby Vision capability and will play soundtracks up to Dolby Digital Plus 7.1, but not Dolby Atmos or DTS:X at present.

The rechargeable remote looks exactly like its predecessor so if you have a Gen 4 like I do, your learning curve is flat. The remote’s upper panel has a swipe-and-tap screen followed by buttons for menu and TV/home, Siri voice commands, play/pause, and volume up/down. Once the remote is paired, the Apple TV 4K can also be linked to other i-devices like my iPhone 6.

Setting up the new Apple TVs requires a traversal of a number of menus that finally culminate in a home screen that looks exactly like the Gen 4.  Unlike most current streamers, Apple TV 4K arrives like a newborn baby, absolutely bare with no pre-loaded apps.  I went to the “App” store on the home page and 20 minutes later had downloaded thirty of the usual suspects including Netflix, Hulu, VUDU, ABC, NBC, HBO, Showtime, and Starz. As is often the case, many network apps require activation via your computer or i-device, and then you are good to go.

The iTunes store now has more than 1000 apps most of which are “free” but many entertainment apps will require either an established TV provider or a monthly fee. Switching between apps was seamless and the subscription 4K content looked mighty good. One area where the new Apple TV disappointed was its Walmart-owned VUDU pay-per-view app. You can watch titles that you already own in your VUDU library but you cannot buy or rent new ones. Apple’s rationale is that the iTunes store has a comparable video catalog so why then even offer this watered-down VUDU app? At least for the present, the Apple TV will not let you download and store native 4K content from iTunes. AirPlay streaming worked perfectly for the 1080p content that I had on hand; I understand that it also 4K compatible but I lacked the content to test this.

Comparisons with my Roku Premiere+ proved interesting. The picture quality running the same mix of 2K and 4K content through my Theta Casablanca IV processor gave a consistent edge to the Apple TV. The Premiere+ streamer does not offer Dolby Vision or Dolby Digital Plus 7.1 surround sound. The Roku remote has no voice control but does have dedicated buttons for Netflix, Hulu, Sling TV, and HBO NOW, and menu and play functions that are easier to navigate than the bare bones Apple stick. Depending on how much you value Amazon Video, Roku yes, Apple no. Ditto for fully functional VUDU. The Premiere+ has a micro SD storage slot; the Apple TV does not but it has greater onboard storage capacity. Since the Roku Premiere+ is an Android device, streaming from an Apple computer or i-Phone, can be done but its complexity will discourage most Mac enthusiasts from even going there.

For those considering a new Apple TV, the 32-gigabit version costs thirty bucks more than a Gen 4 but in return you get a much more powerful core processor, better connectivity and picture. Even if you don’t have a 4K television now, the Apple TV 4K  will give you some future proofing. Compared to the less expensive Roku Premiere+, your choice will depend on how much you value their respective differences.

4 / 5 Reviewer
{{ reviewsOverall }} / 5 (0 votes) Users
AppleBrand
www.apple.comWebsite
$179-$199MSRP
Summary
Apple finally enters the 4K streaming arena and delivers a device that competes with its Android alternatives, scoring points for picture and ease of use, but shedding points for price and depth of app library.
The Performance
Design/Ergonomics
Value
What people say... Login to rate
Order by: