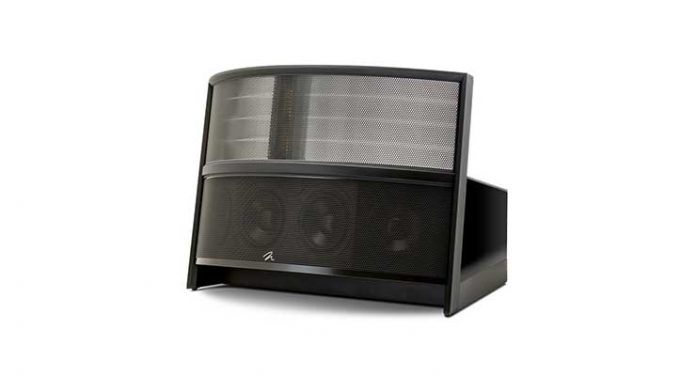 MartinLogan entered the top tier of loudspeaker companies after joining the electrostatic loudspeaker (ESL) movement, kicked off in the 1950s by JansZen and Quad offerings,  that began to flourish in the 1970s. In the early 1980s, Gayle Martin Sanders and Ron Logan Sutherland produced a state-of-the-art hybrid ESL panel mated to a dynamic woofer, and, standing six feet tall, the Monolith was born. Over the next three decades, MartinLogan has continued to push the sonic envelope with its tall ESL panels, extremely accurate subwoofers, high-performing surrounds, and, for home theater enthusiasts, superb hybrid center channels. As a long-time ML enthusiast, My reference home theater system is based on MartinLogan speakers: CLX (front channels), Stage X (center channel), EFX (surround channels), Balanced Force 212 (front subwoofers), Descent i (rear subwoofers). Pass Labs amplifiers provide the power: XA-100.8 monoblocs for fronts, X-250.8 for center, and X-150.8 for surrounds. As the literal heart and soul of a multichannel home theater system, the center speaker should not call undue attention to itself relative to its right and left front neighbors. Martin Logan has now developed a center speaker with enough electrostatic panel real estate and bass territory to blend seamlessly with the company’s line of high-performance “Masterpiece” ESL towers. It is intended to give the “illusion” of a much bigger speaker and is appropriately named the Illusion ESL C34A speaker.

Not your father’s soundbar

The Illusion ESL C34A has multiple drivers: two 16” x 8” (W x H) ESL panels, two folded motion XT tweeters, and four 6.5” Powered Force Forward™ woofers featuring a 24-bit Vojtko™ DSP Engine, and a Class D 250W amplifier.  By doubling the size of the ESL panel and the number of folded motion tweeters and dynamic woofer, the Illusion promised to be a much better match for my large CLX speakers than did its smaller predecessor, the Stage X.The rear panel has an RJ-45 Ethernet style connection (to tether other speakers), a mini-USB port for installing the Anthem Room Correction (ARC software), a light displaying ARC status (red/green), an on/off switch for ARC, WBT speaker terminals, a switch for mid-bass level (-2 dB, 0 dB, +2 dB), a speaker status light (red/green), a bass control knob (+ 10 dB below 75 Hz), and power cord receptacle. Since it takes two strong-armed guys to hoist this 90-pound speaker out of its extremely well packed carton, you had better hope that the ensuing sound would be worth the effort. (Spoiler alert, it is). Although the Illusion is intended for floor placement, I found that it performed well on my dedicated Sound Anchor stand four inches off the floor. Thanks to ML’s Devin Zell, the Illusion arrived with 100 hours of break-in time under its belt.

Out of the box and into my system

Replacing the Stage X with the Illusion ESL, I adjusted my Casablanca Theta IV surround sound processor’s level and time delay for this new speaker.  As one of ML’s new “Masterpiece” speaker series, the woofer response of the Illusion can be adjusted with Anthem Room Correction (ARC) software. An optional ARC kit is needed to transfer the software to the speaker and consists of the essential hardware (calibrated microphone, adjustable stand, and USB cables). Once it arrived, I downloaded the current software version from the ML website. Setting up the ARC is very simple:  USB cables are connected to micro USB ports on the rear of the Illusion and on a calibrated microphone. Both cables are next attached to a PC containing the ARC software. Several strategic microphone placements and measurements later, a smoothed frequency response curve is generated that will remain on board unless the speaker location is changed. Adding the room correction program yielded a bass response that was more than ample without being boomy.

I challenged the Illusion with a flurry of high quality Pure Audio Blu-ray discs beginning with a 2L recording of Kim Andre Arnesen’s Magnificat in spectacular DTS-HD Master Audio 5.1 (192kHz/24-bit) sound. The soprano soloist, directly in the center, floated airily above the massed chorus. The 2015 Blu-ray version of Stephen Sondheim’s masterful musical Into The Woods is blessed with a great cast and a DTS-HD Master Audio 7.1 (48kHz/24-bit) soundtrack. The voices are mostly in the middle and popped out with amazing clarity. As an opera fan, I am particularly partial to the Metropolitan Opera’s “Live in HD” productions and my season series’ seats are located in the house’s acoustic sweet spot. We were fortunate to be at the Met when Decca recorded Verdi’s Falstaff in December 2013; the addition of the Illusion center channel gave a well-balanced proscenium with exceptional vocal presence. Traveling across the “pond,” I sampled a Blu-ray Disc of a rarely performed Verdi opera I Due Foscari that we heard in Covent Garden’s Royal Opera House during October 2014. Once again, the “illusion” of the live performance was very close to what we got in our pricey orchestral stalls seats. While these are individual examples of what the Illusion center channel added to my system, I consistently got the same impression from all of the sound sources used for this review.

After three months of living with the Illusion center channel speaker, placed in an already top-tier home theater system, the improvement that it provided over my Stage X was evident in the natural spaciousness of the sound stage and a nigh-perfect blend with the acoustic properties of the CLXs.

I have had two earlier MartinLogan center channels in my home theater system: the Stage and the Stage X. This latest model is like nothing that I have ever heard. Okay, the Illusion C34A does cost $6999 (add $100 for the optional ARC kit), so prospective buyers will have to decide what center channel performance is worth to them. This speaker is relatively large and will not fit on a standard shelf so if space and price are issues, MartinLogan has released a new smaller center channel, the Focus ESL C18, that replaces the Stage X and is half the size and half the price of the Illusion. Still, for home theater owners wanting the very best in center channels and who have the requisite space and money, look no further, the MartinLogan Illusion ESL C34A has just landed in your media room.

4.7 / 5 Reviewer
{{ reviewsOverall }} / 5 Users (0 votes)
MartinLoganBrand
www.martinlogan.comWebsite
$6999.00 (ARC Kit $100.00)MSRP
Pros
Cons
Summary
The finest center channel that MartinLogan has ever built and quite possibly the best on the planet.
The Performance
Design/Ergonomics
Value
What people say... Login to rate
Order by: