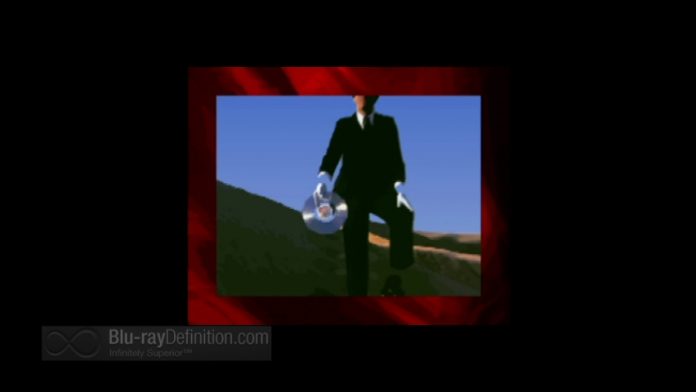 The obvious temptation in summing up Wish You Were Here would be to say that it is about loneliness, which wouldn’t be entirely accurate. Isolation and solitude are certainly pervading themes, almost palpably as a lone guitar resonates out to infinity until it is finally joined by other instruments almost five minutes into the first track, “Shine on You Crazy Diamond (Parts 1-5).”

But the bitter sting of insincerity is explored as well (note the repeated image of the handshake throughout the packaging), as the songs “Welcome to the Machine” and “Have a Cigar” echo the band’s frustration with the music industry. Pink Floyd co-founder and former bandmate Syd Barrett is widely believed to be the “crazy diamond” of the nine-part opus which bookends the contents of the album, as lyricist Roger Waters and cohorts David Gilmour, Nick Mason and Richard Wright continued to deal with the decline of their friend through song.

We are invited to revisit the album, their September 1975 follow-up to the seminal Dark Side of the Moon, in another of Capitol’s Immersion Box Sets, an indulgent five-disc package for superfans. As the name of the site suggests, we are most interested in the sole Blu-ray disc in the box, the substance of which breaks down neatly into two sections, Audio and Visual.

“Audio” presents the classic album Wish You Were Here in any of three sound options. It defaults to James Guthrie’s previously unreleased 2009 5.1-channel surround mix, or we can select the original stereo mix from 1975, which was remastered this year, or the vintage 4.0 quadrophonic mix. However many channels we choose, the quality is superlative, high-resolution audio at 96 kHz/24-bit. 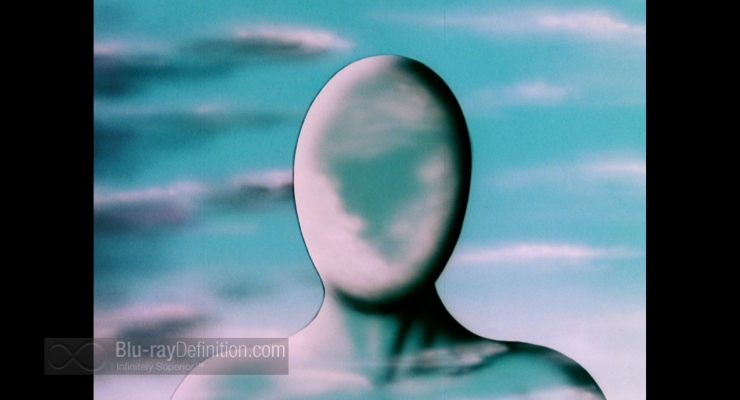 “Shine on You Crazy Diamond (Part 1)” (4:57) is essentially a slideshow of grainy static images, whereas “Shine on You Crazy Diamond” (7:48) is actual motion video, including some very arty animation, apparently a favorite medium of the band, with moderate film grain, but also some occasional vertical scratches. “Welcome to the Machine” (7:42) serves up still more animation in similar quality. All of these concert films are in high-definition, at 1920x1080i/60Hz resolution, in their original 4:3 aspect ratio with vertical black bars left and right.

The Storm Thorgerson clip (6:02) is in DVD quality, standard definition 720x480p/60Hz MPEG-2 inside a small window positioned in the middle of a broad black video frame. Thorgerson repurposes a lot of his album iconography as a starting point, and much of this program is comprised of very simple images and action but it is prone to lots of noise and flicker as well as chronic stair-stepping. Even the credits are difficult to read.

The screen is black when the album itself plays, and the blackness is 1080i/60 once again.

Dark Side of the Moon gave us an idea of how good Pink Floyd’s music can sound at high-resolution, particularly with an ambitious remix, and Wish You Were Here lives up to that same lofty standard. At this point in the band’s evolution they incorporated quite a bit of synthesizer and studio tricks to weave their soundscapes, and the true depth is finally revealed even as the experience is reborn in 5.1.

Voices are placed discretely in different speakers while the sound effects (or are they cleverly engineered musical instruments?) waft in mysteriously. We can appreciate the dip in quality when the end of “Have a Cigar” transitions to tinny radio playback in the right rear channel. In general the 2009 remix tends to favor this speaker, although the memorable cough of “Wish You Were Here,” followed by the arrival of the acoustic guitar, emanate from the center.

A large, lively crowd laughs all around us in the closing moments of “Welcome to the Machine,” and a transitional whoosh can be alarming at medium-high volume. Some channels fade out, others fade up, as the album seems to keep reinventing itself like a living thing.

The quad version put its effects in different speakers compared to the 5.1, elements of the mix playing out in a distinct fashion, the 4.0 lacking some of its modern brethren’s expansive depth and breadth. I will say that both multichannel remixes are a bit more conspicuous here than on Dark Side of the Moon, especially when we listen to the two back-to-back. The stereo is pure and traditional and wonderfully rich, just a bit tame after the multichannel mixes.

The three concert films offer 24-bit/48kHz uncompressed LPCM Stereo and a 5.1 Surround Mix, both appropriately engrossing. The Thorgerson short film, in LPCM stereo only but also mixed by James Guthrie, causes something of a disparity between the quality of the sound and the kinda-lousy image. An interactive audio System Setup function is supplied on the Blu-ray as well.

Perhaps in response to negative feedback on the Dark Side of the Moon packaging, all discs arrive in little cardboard sleeves this time, and most can be transferred to little pegs within the box. Of the five discs, four can be considered supplemental, bringing standard-definition video and remastered audio for the vintage clips, bonus tracks, and the complete original album on CD.

This is obviously a stunning multimedia package, but we are further tempted by a wealth of physical
Memorabilia:

As an album, Wish You Were Here stood in the shadow of the singular Dark Side of the Moon, and so too does this latest Immersion Box Set need to find a place on our shelf alongside the first. We may love Dark Side more, but that doesn’t mean we don’t love you almost as much Wish, and rightly so.