Twentieth Century Fox Home Entertainment today announced the release date and details for the long-awaited three-disc Extended Edition Blu-ray of Director James Cameron’s box office phenomenon Avatar. But before anyone gets too excited, just as previous reports had suggested, this version still doesn’t include 3D. For that, you’ll need to drop a lot more cash on a Panasonic 3DTV to get the Blu-ray 3D version of Avatar thank comes bundled with with it starting sometime in December.

The three-disc Extended Collector’s Edition Blu-ray will be released on November 16th in North America and November 15th in the rest of the world. The release will contain three versions of the film, the original theatrical release, a special edition re-release, family audio track with all objectionable language removed and new collector’s extended cut with sixteen more minutes including an exclusive alternate opening Earth scene. 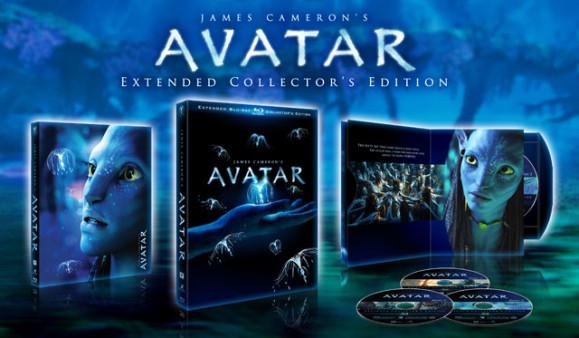 Additionally there will be a Three-Disc Special Edition DVD release as well selling at a suggested retail price of $34.98 U.S./$45.98 Canada