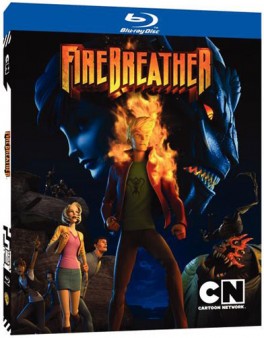 Firebreather is based on the comic book series by Phil Hester and Andy Kuhn and directed by Peter Chung (Aeon Flux). The story is action-intense animation about the clash of two worlds where dragons roam the Earth and past secrets are exposed. At the center of it all, teenager Duncan struggles to find his place as half-Kaiju and half-human.