Leading up to the official opening of the 2010 Consumer Electronics Show (CES) in Las Vegas this week, the CEA released some impressive numbers concerning Blu-ray and the economy. The now nearly-four-year-old high definition format continues to mature and showed strong growth in 2009, as Blu-ray equipped HTiB (Home Theater in a Box) systems were listed as one of the fastest growing products for the year, showing a 329% increase in sales in North America. 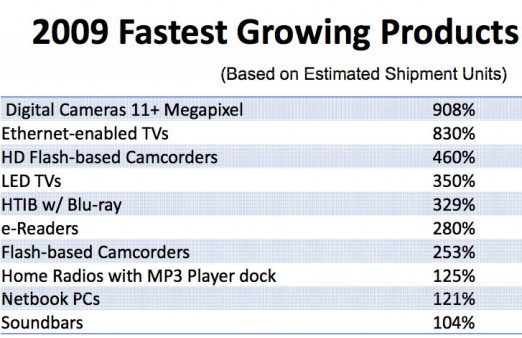 Additionally, the CEA added figures showing that Blu-ray products, along with LCD panels, are expected to help drive the global economy in 2010. Blu-ray is expected to capture nearly 30% of the video player market share for 2010 and contribute $14 billion $18.5 billion in sales to the global economy. This is more amazing when it is considered that the CEA’s numbers do not reflect Sony’s ubiquitous Playstation 3 gaming console. 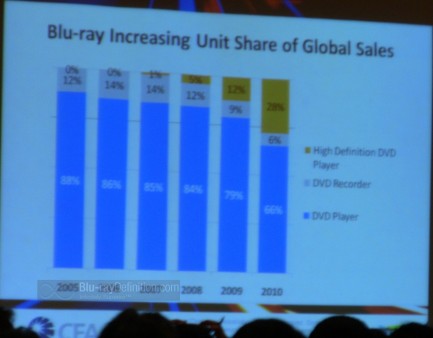