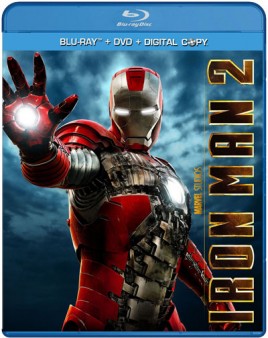 The Blu-ray/DVD combo pack is set to come fully loaded with interactive bonus materials including an in-depth, feature-length documentary of the making of the film, featurettes about Nick Fury, Black Widow and War Machine, a look inside the creation of Stark Expo, deleted scenes and an exclusive peek inside the Marvel Super Hero Universe through the S.H.I.E.L.D. Data Vault.

The supplements on the Blu-ray/DVD combo pack will include:

No other technical details or pricing information has been released at this time.