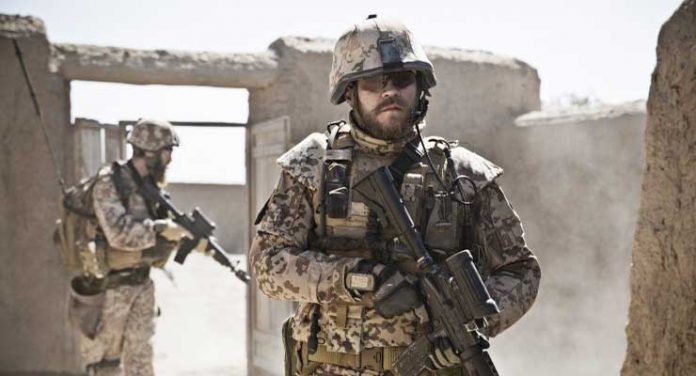 Company Commander Claus Pedersen (a very good Pilou Asbæk) is leading a team of men in the battlefields of Afghanistan in a war with the Taliban while at the same time attempting to keep his men safe. His wife back home, Maria (Tuva Novotny) is also fighting a war, trying to raise, on her own, two rambunctious young boys 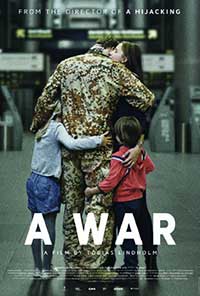 and a very curious little girl. But Pedersen’s engagement is in a fight for his and his soldiers lives. They get overtaken and are surrounded by Taliban soldiers and quick decisions have to be made in order for Pedersen to get his men out of there safely, and in one piece. These decisions may or may not be in the rules of engagement, but Pedersen is responsible for his men, including Najib (Dar Salim), a Muslim soldier, who is also the most scared of the team.

Back home, Maria is juggling her job and handling the school duties for the children, but things get more intense for her when one of her boys swallows some pills. She’s there to handle this crises on her own – her boy is fine but Maria has almost reached the breaking point.

Suddenly, and without any explanation, Claus is back home. He doesn’t initially tell Maria why he’s come back home, but he eventually comes around and tells her that he’s going up against a war tribunal after being charged with killing civilians back in Afghanistan. The decisions he made back in Afghanistan had grave consequences, not just for him, but for his family, and soldiers as well. What starts out as a war movie suddenly becomes a courtroom drama that never loses it’s intensity or suspense. 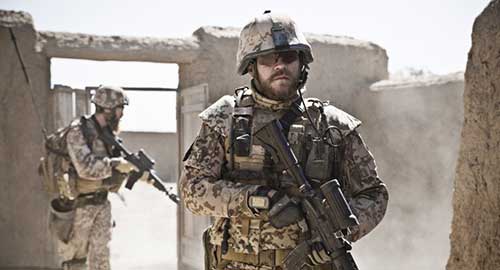 Director Tobias Lindholm (A Hijacking), who has also written the script, gives us a look at war and what it does to the men who are fighting, and the instantaneous decisions that have to be made right in the middle of battle. A War, in Danish with English subtitles, is one of the best war films in recent memory because it puts us up close with the soldiers and those who are left behind back home. A War has been shortlisted for the Academy Award for the Best Foreign Language Film, deservedly so.