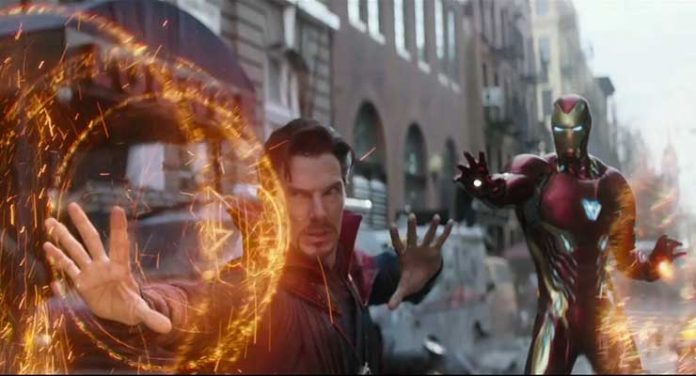 At long last Avengers: Infinity War is finally here! It has been ten years in the making and the culmination of 18 films in the Marvel Cinematic Universe. I’m no math whiz but that is like an average of two MCU films per year since 2008, which began with one of my favorite MCU films, Iron Man.

Fast forward to the present and Infinity War starts out at breakneck speed by showing us that it was indeed he and his legion that showed up on that giant ship that hovered above Thor’s ship at the very end of Ragnarok. Thanos (Josh Brolin) and his legion of minions have taken over it and are on the hunt for the Infinity Stones. Thanos and his crew make quick work of what’s left of the Asgardian people and he makes quick work of Thor (Chris Hemsworth) and the rest of the super-powered beings on that ship before heading off to various other locations in search of the remaining stones.

Infinity War is definitely one of those intergalactic-trotting type of films. Characters transcend time and space and get to do some really cool stuff while fighting each other. Back on Earth Tony Stark (Robert Downey Jr.) has to assemble a fragmented version of the Avengers while the rest of the Avengers II (You’d have to have seen Civil War) are elsewhere. The Guardians of the Galaxy are also back to cause some havoc. Let’s just say that if I were to list every single team and character in this then it would be an exercise in futility.

The name of the game is that Thanos is one of the most powerful beings in the universe and he wants the infinity stones to wipe out half of humanity. His motive for this genocide is to restore balance to universe. He can do this once he has collected the stones with the snap of his fingers. Our team of superheroes have to set aside their differences and go up against Thanos and his team known as The Black Order. 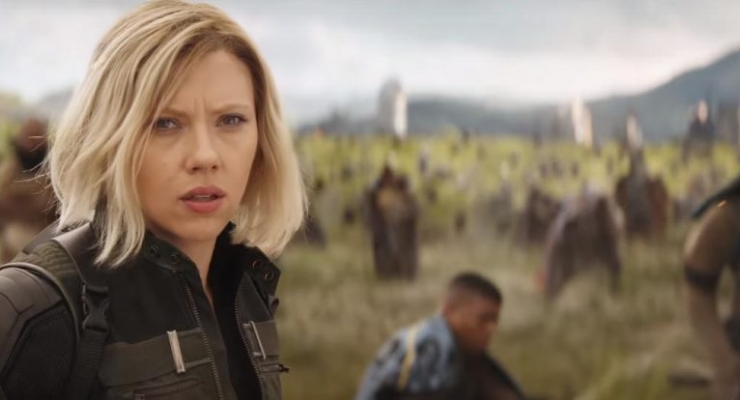 I should say that Josh Brolin as Thanos gives the character and intelligence and brutality not seen in any character so far – friend or foe. Thanos is huge and purple but past that you really do see his keen intellect, strength, speed, etc. He is definitely not a grunt. He captivates in every scene that he is in and the motion capture and CGI work on that character is first-rate. Speaking of CGI, there is tons of it that involve giant armies of various creatures, The Black Order, and the rest of the Avengers and Guardians teams – the A-game was brought.

In order to get everything that was packed into this film You probably would have had to have seen all of them just because there are throwbacks and threads that continue forward in Infinity War. One of my favorite threads that had some resolution was a bit of a carryover from the first Captain America film The First Avenger. Little things like that helped enhance the overall film.

Anthony and Joe Russo are back at the helm and they seriously take no prisoners with the events depicted in Infinity War. They get down and dirty and by the end – you could hear a pin drop amongst the audible gasps in my screening. I know folks had to pick up their mouths up from the floor, as well Kudos to Disney and Marvel for keeping everything under wraps this long. I’ve read that it will be one year before we continue into the next phase of the MCU.

It’s almost bittersweet to write up this review because It has been an exhausting ten-year thrill ride. Marvel Studios and Disney get these characters and each film just keeps on bettering or at least trying to better what came before it. To say that the standards of quality are high would be an understatement. Even the worst MCU film is still a “good” film. Well, maybe not Iron Man 2, but you get my meaning. With all of that being said – I have to plan my second viewing of Avengers: Infinity War at my local theater – an epic spectacle like this one demands it.

4.5 / 5 TheaterByte Rating
{{ reviewsOverall }} / 5 Users (0 votes)
Marvel Studios | Walt Disney Studios Motion PicturesStudios & Distributors
PG-13 (for intense sequences of sci-fi violence and action throughout, language and some crude references)Rating Certificate
USACountry
EnglishLanguage
149 Mins.Run Time
2.39:1 | 1.90:1 (IMAX version)Aspect Ratio
Anthony Russo | Joe RussoDirector
Christopher Markus | Stephen McFeelyWriter
27 Apr. 2018Release Date
The Film
Summary
In Marvel's biggest film yet in the Marvel Cinematic Universe, The Avengers and their superhero allies must band together to defeat the super-villain Thanos in order to save the universe. Avengers: Infinity War is one of the best films in the MCU. It bombards you with action and spectacle and may require a return to the theater for a second helping.
What people say... Login to rate
Order by: