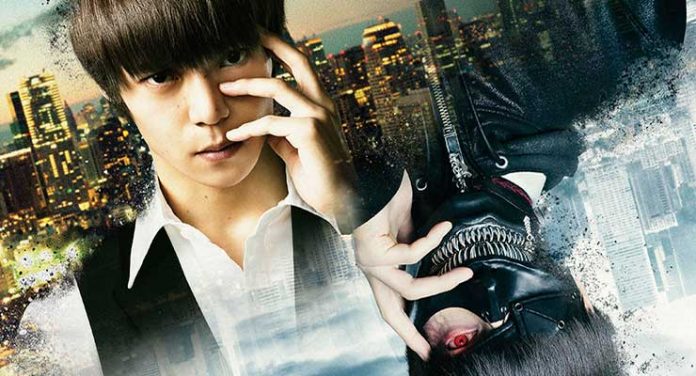 Funimation Films ran the live-action theatrical adaptation of Ishida Sui manga series Tokyo Ghoul in a limited engagement. Like many live-action productions of manga series coming out of Japan, they never quite live up to the anime productions which are able to accomplish much more with limited budgets and not have to worry about the limitations of being in the real world. This low budget live-action rendering of the supernatural fan favorite has a lot going for it. Number one is star Kubota Masataka who plays the protagonist Ken Kaneki, a Tokyo college student who is attacked by a “ghoul” —- supernatural creatures who, on the outside may appear just like humans, but have superhuman strength, hide often grotesque, monster like physical traits that they can summon at will, and must feed on the flesh of humans to survive — posing as his date. Kaneki survives the attack, but becomes a half-ghoul himself after undergoing a surgery transferring her remains into his body. Kaneki a first struggles to come to grips with his new state, refusing to eat human flesh, and must adapt to the new ghoul community as well as keep his ghoulishness hidden from his human friends. He must now also run from the authorities that pursue ghouls and kill them.

Many fans of manga, anime and their live-action counterparts will also recognize Kubota Masataka for his role as Yagami Light in the Japanese live-action series adaptation of Death Note, which was far more successful an adaptation despite its obviously lower budget than the Netflix Original feature film. His performance in both manga adaptations is beyond reproach, however Tokyo Ghoul, despite its best intentions collapses into an almost self-parody of a supernatural thriller after a while. 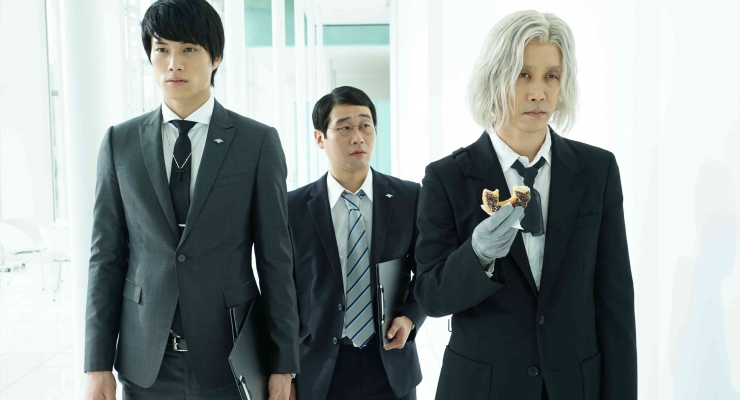 There is just not enough time to capture the scope of a manga series over 119 minutes, so writers resort to characters of good and evil and, in the final act, an almost Frankensteinian shot of Kaneki seeing his own reflection and confronting the reality of going full-on ghoul and perhaps losing his humanity.

The cinematography in Tokyo Ghoul is clever despite its low budget and the hindrance of what are some – at times – amateurish-looking CGI visual effects. Director Hagiwara Kentarô and director of photography Karasawa Satoru have made the most of limited means to make a visually engaging production, and one that is downright gruesome and visceral at times. The S&M zipper-face costume that marks the embracing of Kaneki’s ghoulish side has never looked as intimidating as when it is bloodstained and dripping with blood from its unzipped mouthpiece in a dark, shadowy fight sequence.

Ultimately, this Tokyo Ghoul will be for fans of this franchise only and won’t be likely to win over many but the most ardent otaku out there. Anyone who hasn’t read the manga or seen the anime series may very well be lost at some points and it doesn’t do much to build the world around the main character and the people surrounding him. Everyone else in this film are just one-dimensional archetypes on Kaneki’s journey to self-discovery. That said, one of the other great things this film has going for it is it hit theaters nearing the Halloween holiday in North America, but its run was so limited, the chances are most fans didn’t get a chance to see it and home video release isn’t scheduled until 2018. Bummer.