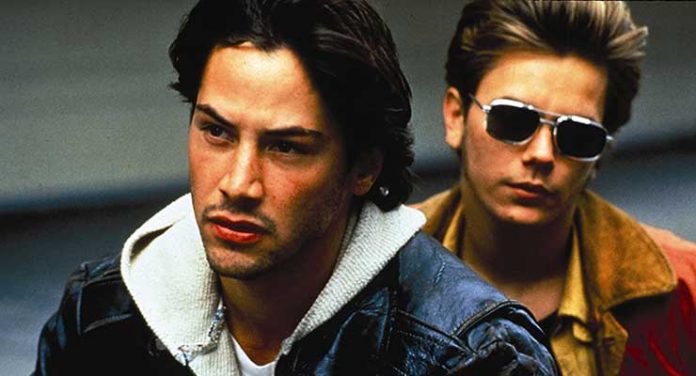 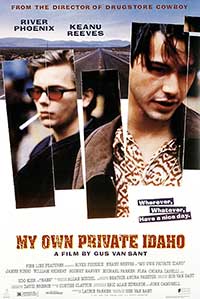 My Own Private Idaho revolves around two hustlers, Mike and Scott. We learn about their relationship with their parents and the different partners they occasionally engage with as male prostitutes.

The film follows the lives of two hustlers. Mike (River Phoenix) is haunted by the presence of his mother in his childhood memories, which is the content of his dreams during the narcoleptic episodes he occasionally. Most of the time, Scott (Keanu Reeves), Mike’s best friend, is there for him to pick him up. Scott in contrast to Mike does not intend to have this lifestyle forever, as he is supposed to inherit his family’s legacy at 21. So someone could infer that it is just a way to stand up to his father’s attitude towards him, as they are affluent and there is not a real need for money. In this way, the middle-aged gang leader Bob becomes a substitute for his real father. Meanwhile, Mike feels the urge to find his mother and embarks with his best friend on a trip that will lead them to Italy.

The movie gives insight concerning the work of male hustlers as well as the perversions of particular clients and the psychological traumas that those teens suffered from their parents, which led them to fall into this way of living. In any case, the viewer can do nothing but sympathize with them, and generally, the atmosphere is very melancholic. Some scenes felt like they were longer than what they should have been and the structure of the plot was somewhat perplexing as if I were watching someone’s dreams, but in my opinion, the technical parts and the acting made up for it.

One of the most remarkable aspects of this movie is the direction and sound design, as it makes it appealing and interesting from the very beginning. The cinematography was stunning with all the magnificent landscapes and the decoration of the houses/ hotels where the two protagonists meet with their clients. Also, the dreamy sequences and the memories of childhood are well made in terms of direction and cinematography with the impression of an illusion that is given to us.

Although it is very similar to the opening scene the ending of My Own Private Idaho it was very open and leaves the viewer full of questions, something, which others will appreciate and some others not. It is clearly a matter of taste.

My Own Private Idaho was originally released 20 July 1991 (Japan) 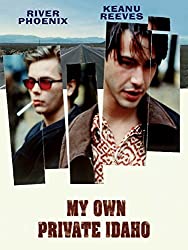