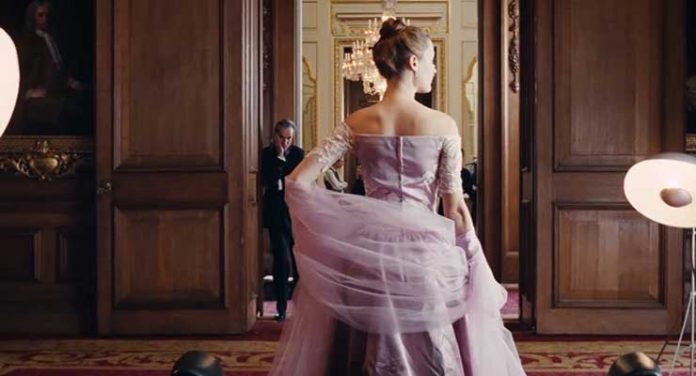 Phantom Thread is reported to be renowned actor Daniel Day-Lewis’s last big screen appearance and this fact alone generated considerable pre-screening buzz. Since writer/director Paul Thomas Anderson previously worked with DDL in There Will Be Blood, a film that landed Day-Lewis his second Academy Award, I fully expected there to be good karma between the pair.

Phantom Thread opens in 1950s London. Reynolds Woodcock (Day-Lewis) is a very successful high-society dressmaker and, with his sister Cyril (Lesley Manville), he operates a thriving business out of their posh London townhouse with a veritable army of seamstresses. Reynolds takes a much-needed work break to his rustic country house. Along the way at a coastal inn, Woodcock meets beautiful young immigrant waitress Alma Elson (Vicky Krieps) who almost immediately becomes his new muse. Much to Cyril’s discomfiture, Alma gets moved into their townhouse but her hopes of achieving a cozier relationship with Reynolds are thwarted by the latter’s workaholic lifestyle and his reluctance, as a confirmed bachelor, to allow any woman besides Cyril (and his late mother (Emma Clandon)) figure in his personal life. Phantom Thread’s dramatic turning point occurs halfway through the film when Alma intentionally gives Reynolds tea laced with poisonous mushrooms that makes him deathly ill. The young model then locks herself up in Reynolds’s bedroom to nurse him successfully back to health. A recovered Woodcock appears to have had a major change of heart and marries Alma but just when you were expecting a “happy ever after” ending, there are still plenty of plot twists ahead.

A “phantom thread” is defined as a hidden message sewn into each dress and one that is known only to the dressmaker. While lending itself to the film’s title, this couturier’s device has very little to do with the storyline. In spite of a generally favorable limited opening reception, I came away with major reservations about Phantom Thread. I have yet to see Oscar-winner Daniel Day-Lewis fail to thoroughly inhabit the character that he has been given. His impersonation of Reynolds Woodcock is no exception but this turns out to be one of the least inspired roles that Day-Lewis has received, as screenwriter Anderson takes every opportunity to beat viewers over the head to show that Woodcock is a most disagreeable man. Vicky Krieps has a pretty face and figure but is clearly out of her league when paired with DDL. Perhaps the best realized character is Lesley Manville’s Cyril whose hauteur and obvious disdain for Alma undergo a huge sea change when she recognizes the young woman’s apparent devotion to her brother. 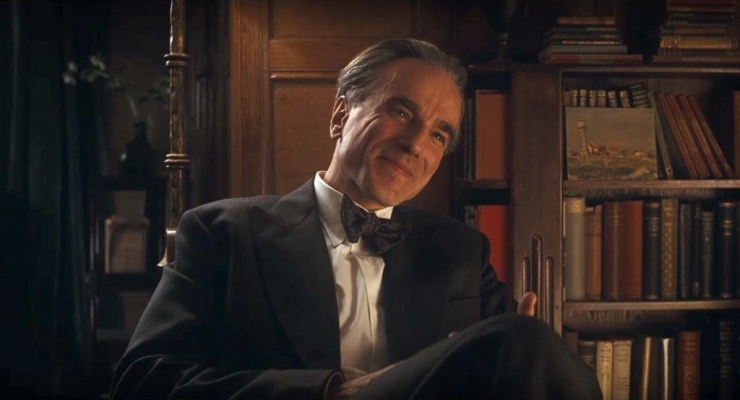 In fact, it is Anderson’s meandering and torpid script that is the principal weakness in an otherwise beautifully shot and gorgeously costumed period piece. I kept waiting for this English Gothic story to morph into modern version of My Cousin Rachel or into a darker version of Pygmalion, but to no avail. This lightweight film releases the little ballast that it had on board as it sails into theaters. A lone lighthearted moment occurs when Barbara Rose (Harriet Samson Harris)  passes out during her wedding reception. After Barbara is unceremoniously carried up to a bedroom, a disgusted Woodcock gets Alma to remove his specially designed gown from her comatose body. Phantom Thread saw lots of early release hype during the Christmas holidays and Day-Lewis and Manville have received Oscar nominations. I only wish that DDL had been afforded a better vehicle on which to ride off into the sunset of his storied film career.