In writer/director Jon Cvack’s feature film debut Road to the Well, Jack (Micah Parker) is a drifter doing odd jobs and briefly hooks up with the prostitute Ruby (Rosalie McIntire). His old friend Frank (Laurence Fuller) is a PhD-candidate reject and now works in a boring real estate job. Frank’s boss Tom (Tim Martin Gleason) who is banging Frank’s girl friend Jessica (Michelle LaFrance) is giving him a six-month transfer to Northern California. Frank reconnects with Jack at a bar where he picks up a girl who just happens to be Ruby. During some hot backseat sex in his car, a masked intruder breaks in, stabs Ruby to death, knocks Frank out, and dumps the dead body in the trunk.

Jack returns to the car and the two men must figure out where to bury the body and remove all of evidence of the crime. They begin a road trip to Frank’s new job and make some stops along the way that drive the drama forward. First stop is at a redneck’s house where Jack finds a knife to cut up the body and a suitcase to hide it. Next stop is a surprise visit to their old friend Chris (Barak Hardley) who is about to get married to Trudy (Caitlin Callogly), Frank’s old love interest.

Frank “borrows” Chris’s keys and the pair reaches Chris’s deserted cabin. The dramatic crux of this film occurs when Frank and Jack encounter an ex-Army chaplain Dale Miller (Marshall R. Teague) just before they leave to bury Ruby. They return to Miller’s place and he briefly entertains them with the titular story of the Man and the Well. The depressed Army veteran suddenly pulls out a gun, admits to his loss of faith, and now just wants to die. Jack obliges Miller and the body count reaches two. Chris unexpectedly arrives at the cabin and tells his two friends that he is planning a secret tryst with his girl friend. Some additional backstory concerning Jack is provided and, of course, the violence is far from over. 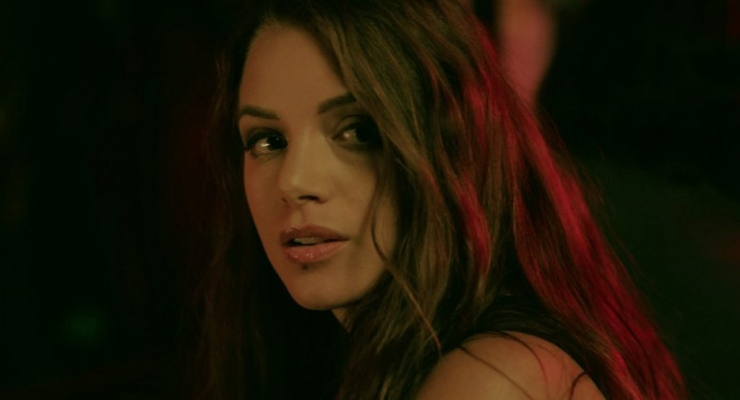 With Road to the Well, Cvack follows in the tradition of films like Blood Simple, Rushlights, and Wichita with a neo-noir thriller that begins slowly and gradually ramps up its tension. Cvack’s matter of fact approach almost makes us believe that we are witnesses to a new normal and that the principles of morality, spirituality, and humanity have become obsolete. There is a Coen Brothers vibe here and lead actor Micah Parker is a magnetic screen presence. This Chicago-based filmmaker provides dialogue with a natural tenor and pace that complements perfectly the action on the screen. The synergy between cinematographer Tim Davis and composer Conor Jones enhance this dark story of death in the California Sierra Mountains. Road to the Well was well received at a number of 2016 film festivals and certainly merits a watch now that it is available for viewing on demand.

3.5 / 5 TheaterByte Rating
{{ reviewsOverall }} / 5 Users (0 votes)
Candy FactoryStudios & Distributors
Not RatedRating Certificate
USACountry
EnglishLanguage
108 Mins.Run Time
1.85:1Aspect Ratio
Jon CvackDirector
Jon CvackWriter
4 Jun. 2016Release Date
The Film
Summary
A drifter (Micah Parker) and his old friend (Laurence Fuller) become embroiled in a murder mystery that sends the once estranged friends on a journey together into California's Northern Sierra mountains to hide the body. Road to the Well is a solid feature film debut from writer/director Jon Cvack with a Coen Brothers vibe that makes for an intriguing watch.
What people say... Login to rate
Order by: