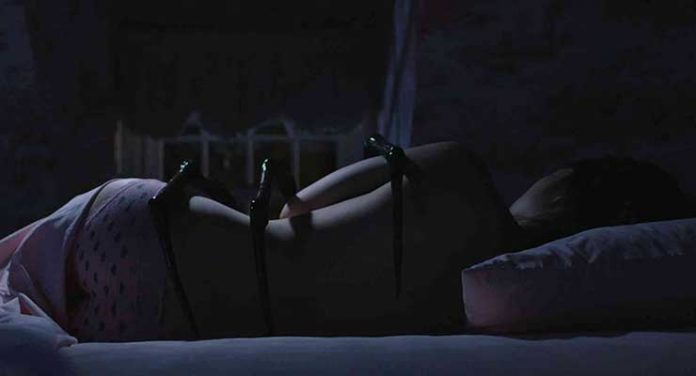 Director Owen Long’s debut film Seeds is a surreal Gothic horror/thriller that dwells more in the psychological realm than anything else.

Starring Ozark’s Trevor Long, the film starts out with a hyperactive, quick-cut scene of debauchery gone wrong by the protagonist Marcus Milton (Long). He calls up a friend or fixer to take care of what seems to be the body of a dead woman – possibly overdosed – in his shower. Marcus quickly retreats to his family home on the New England coast to recover and get some well-needed peace and relaxation. But something strange is possibly lurking in his old house. The electricity isn’t working properly, the fuses keep blowing, and Marcus generally feels strange. Marcus’ solace is interrupted even more when his brother leaves his beloved sixteen-year-old niece Lily (Andrea Chen) and his nephew Spencer (Garr Long) for him to take care of over a long weekend. Marcus finds himself forced to protect his uncomfortably seductive niece from a growing, monstrous force within the house and within himself.

Depending on how one interprets Seeds may ultimately be what determines how one feels about it as a story. If it is taken strictly on its surface as a film about a man possessed by a strange creature driving him to on monstrous impulses, then the story is easy to digest. However, one could easily see this premise as a ruse to cover for a story about what is a typical male fantasy about a coquettish teenage girl leading a much older man to commit an act he normally would not. What makes this film even harder to swallow if the latter is the scenario is that it’s not between two unrelated people, it’s between a man and his niece, but perhaps Owen Long, who directed from a screenplay by Steven Weisman based on Long’s original story, felt it would go down easier because it was an Asian girl and a white man? It’s difficult to tell. 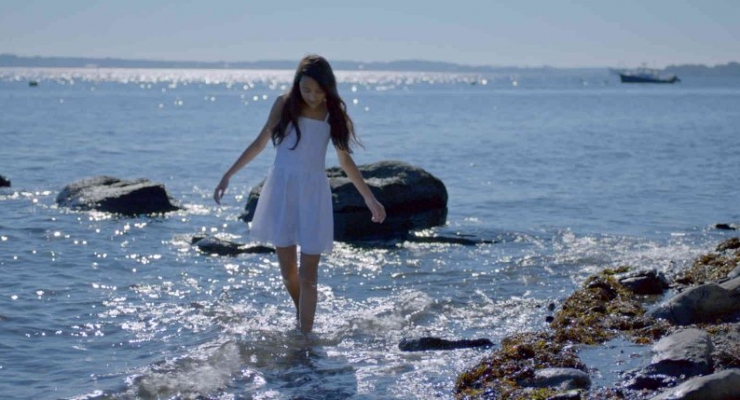 The central idea of a ‘force’ or ‘creature’ dwelling in the house or possessing Marcus is so muddled in Seeds, that it’s very difficult to read the film as anything but a surreal story about a pedophile, a misguided young woman with a misplaced crush on a man who was big influence in her life, and a group of male filmmakers who lack the sensitivity to handle such a complex subject.

But the film isn’t all bad. The acting, despite the subject matter, is actually really good. Long puts in a superb performance and Andrea Chen, who is actually thirty-one-years-old, amazingly plays a convincing teenager, and it’s unsurprising giving her ‘advanced’ years that she is able to capture the subtleties of innocence and seduction. The visual aspects of the film are also quite eye catching, but Long does overdo the visual effects and slow motion cutaways to the point that it tends to confuse the story more than enhance it.

3 / 5 TheaterByte Rating
{{ reviewsOverall }} / 5 Users (0 votes)
Dark Star Pictures | Uncork'd EntertainmentStudios & Distributors
USACountry
EnglishLanguage
90 Mins.Run Time
2.35:1Aspect Ratio
Owen LongDirector
Owen Long (story) | Steven Weisman (screenplay)Writer
13 September 2019Release Date
The Film
Summary
A man fights a monstrous force as he tries to protect his precious niece in his family home in coastal New England. Director Owen Long's first film, Seeds is visually striking and contains some good performances, but ultimately confuses its plot to the point where one doesn't know if it is a monster movie about a man possessed or simply an excuse to tell a story about a tortured pedophile and a flirtatious teenager that tempts him.
What people say... Login to rate
Order by: