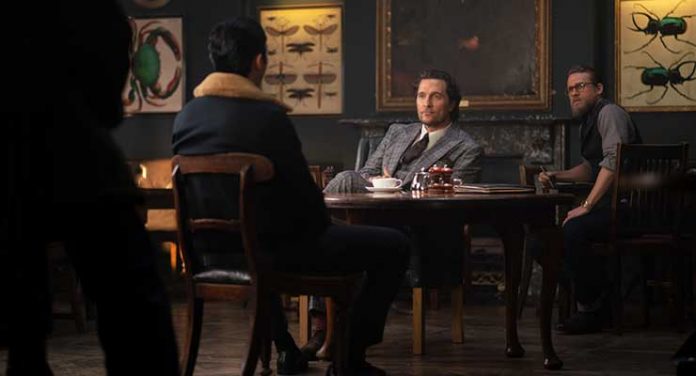 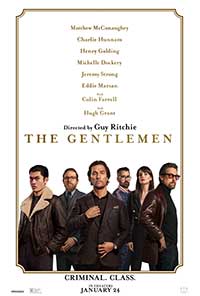 Guy Ritchie returns to the caper film filled with miscreants and schemers afters years away from the genre with The Gentlemen. In fact, it has been twelve long years since Guy Ritchie’s Rock N Rolla, which I adore, and consider it my favorite of his gangster films. Nonetheless, Ritchie has kept himself busy with large feature films like Sherlock Holmes (and its sequel), Man from U.N.C.L.E., King Arthur: Legend of the Sword, and Aladdin. To say the man is anything but busy would be a major understatement.

The Gentlemen stars Matthew McConaughey stars as Mickey Pearson, an American by birthright, who has cornered the marijuana market in merry-old England. Young Mickey always excelled in math and sales, so it was natural for him to gravitate towards the big leagues of the drug trade. Since he has a high profile among those from the underworld who would try do him harm, he must also navigate through various hordes of other gangsters who would want to buy him out.

Watching Mickey’s back is none other than King Arthur himself, Ray (Charlie Hunnam). Ray is an expert in tactics, logistics, and fluent in various firearm operations. Ray definitely has Mickey’s back. One gangster in particular, who goes by the name of Dry Eye (Henry Golding), really wants to take over the cannabis trade that Mickey has cultivated. He wants it by any means necessary. This hostile takeover brings everyone out from the bush and into the limelight. The colorful cast of characters includes The Coach (Colin Farrell), and Fletcher marvelously played by a cheeky Hugh Grant. In fact, Grant was so good in this that I can only hope and pray that he gets some sort of recognition. He was beyond suave and sleazy in his role. 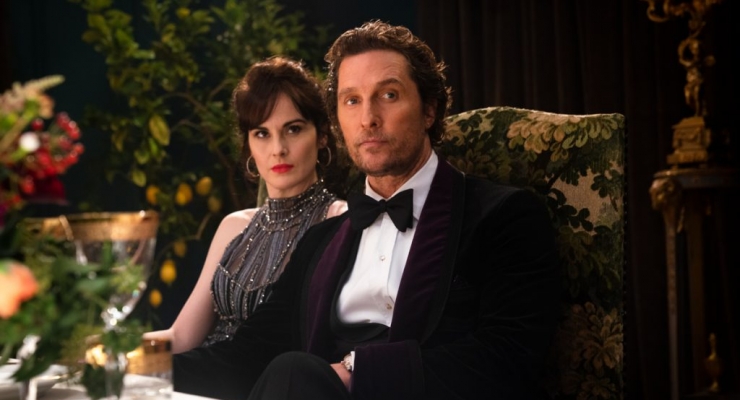 Michelle Dockery and Matthew McConaughey in The Gentlemen (2019)
7 Photos

Anyways, you take all of that and put in a blender and you get The Gentlemen. I had a shit-eating grin for most of its running time due to how effortlessly the film played out. I saw The Gentlemen with a great crowd and we all laughed and hollered. Twelve years is a very long time between gangster flicks, but considering this is a much lower budgeted film than Guy Ritchie’s last film, he certainly has not lost any of his luster for making cool gangster films with his signature panache.

The Gentlemen has bursts of ultraviolence spread throughout and liberal and hilarious uses of the c-word, so for those that are sensitive to harsh language, well, you’ve been warned. Please don’t let that turn you off. Guy Ritchie and company are back in full force. I know we’re still in January but The Gentlemen is one of the best films of the year.