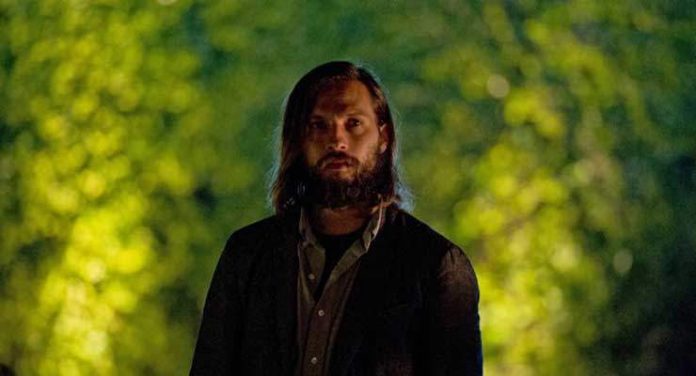 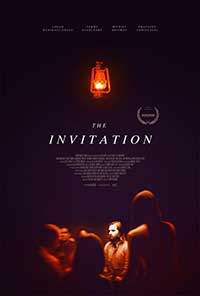 The Invitation opens ominously when a car driven by Will (Logan Marshall-Green) and girlfriend Kira (Emayatzy Corinealdi) accidentally kills a coyote en route to a lavish dinner party at the Los Angeles Hills home of ex-wife Eden (Tammy Blanchard) and her new husband David (Michiel Huisman). Will and Edie’s breakup dates back to the death of their son Ty (Aiden Lovencamp) and her subsequent disappearance for two years. Will has unresolved grief issues; Edie

Things turn to the dark side when David shows the group a video of a terminally ill woman whose “final” journey is arranged by the charismatic Dr. Joseph (Toby Huss). By way of foreshadowing, are we about to enter the inner world of a cult? In true  chiller film tradition,  we are told that “there is nothing to be afraid of.” After  a slowly paced hour and twenty minutes,  the final fifteen minutes generates a maelstrom of apparently senseless violence that will shock and appall the audience. In a perfect expression of how appearances may be deceiving, Bobby Shore’s cinematographers take us into a world where the unthinkable rises to an entirely higher level and the ending becomes a terrifying new beginning.

followed by sheer fright as the action unfolds in what would ordinarily be considered a safe haven. While The Invitation has its share of B-film effects and the script has lacunae that would have been filled up in a more polished production, its build up to a whirlwind finish is thrilling and makes for a watch that will leave most viewers breathless. Perhaps the moral of this story is that we should definitely think twice before accepting that out-of-the-blue invitation to revisit old friends and lovers that have been justifiably left behind!