The Ones Below (TheaterByte Movie Review) 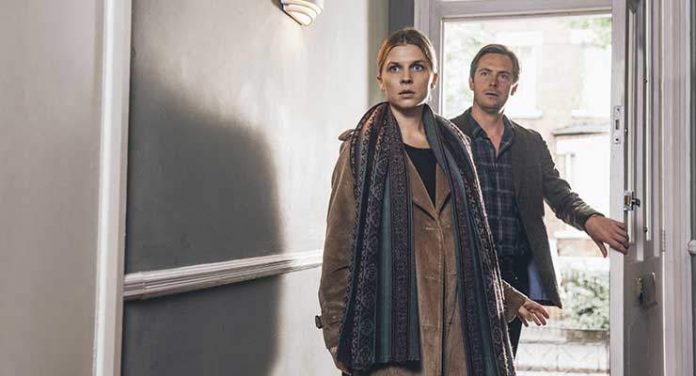 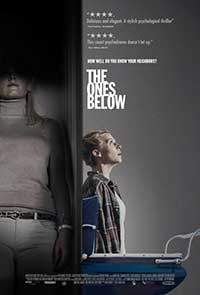 Following the release of Roman Polanski’s classic horror film Rosemary’s Baby, nearly fifty years ago, the movie industry on both sides of the Atlantic has frequently mined the dark side of procreation. Writer/director David Farr (The Night Manager, Hannah) has crafted what appears to be a rather mundane tale of a young well-to-do couple, the Pollards, Kate (Clémence Poésy) and her husband Justin (Stephen Campbell Moore) who reside in a nice London flat while expecting their first child. An effervescent Finn, Theresa (Laura Birn), and her much older English husband Jon Bailey (David Morrissey) move in to the recently vacated apartment below that of the Pollards and become “the ones below.” By sheer coincidence, the Baileys are also eagerly awaiting the arrival of their first child. However, as this somber, often disturbing film unfolds, any notion of a bright, cheerful ending will soon disappear.

As the two couples share a cozy dinner at the Pollards’ flat, the story of each 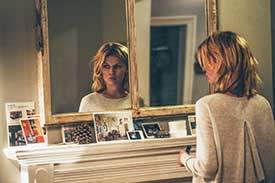 marriage is revealed. We find out that Theresa and Jon struggled for years to have a child while for Justin and Kate the decision to delay their pregnancy was due more to their uncertainty about balancing a child and careers.  Jon temporarily leaves the flat, and Theresa begins to imbibe lots of wine. Theresa leaves Kate and Justin,  loses her balance, and  tumbles  down the darkened stairwell, eventually losing her child. The relationship between the two couples deteriorates as “the ones below” blame  the accident on Justin’s failure to replace a burned out light bulb in the hallway earlier on the evening in question. 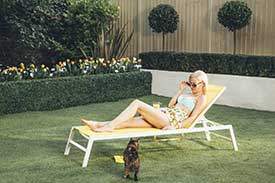 After returning  from the hospital, Jon and Theresa decide to move back to Germany (where they had previously lived) so that they can restore the pieces of their shattered lives. Kate’s son Billy is born, and, in spite of the fact that her cold-hearted mother Tessa (Deborah Findlay) rarely visits, Kate begins to adjust to the continual demands of motherhood. Some weeks later, Theresa and Jon move back in and try to reestablish a good relationship with Justin, Kate, and baby Billy. When Justin and Kate visit a graveside memorial for Kate’s brother,  they leave Billy in Theresa’s care.  Kate returns to their apartment, and thinks that everything is all right (and, of course, we will find out that it is not).

Our heroine, stressed out by Billy’s constant fussiness, verges on the brink of a mental breakdown (aided by contrived lapses similar to those that Charles Boyer inflicted on Ingrid Bergmann in the classic film, Gaslight). As Kate’s grip on her own sanity ebbs, 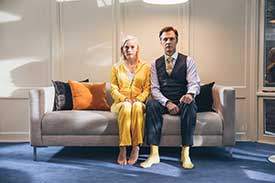 there are clear hints that something far more nefarious is in the works and the Baileys may not be the decent people that they once seemed to be.

A psychological drama par excellence, the crew that created this film put all of its pieces perfectly in place. Farr’s script takes a penetrating look into the dark side of human nature; his directorial pacing creates progressive tension, layer by layer, that ultimately will make viewers squirm in their seats. Ed Rutherford contributes a probing, detail-oriented  cinematography that, as an example, turns two pairs of shoes on a doorstep into Hitchcock-like harbingers of doom. The Ones Below is blessed with a first-rate cast delivering performances that could hardly be bettered. While this film is still screening, it can also be viewed on various digital outlets.