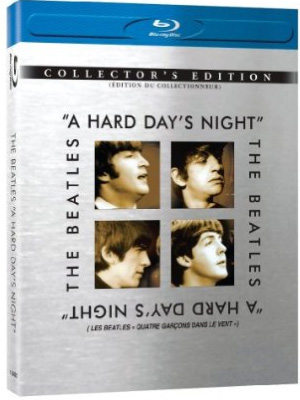 A day in the life of The Beatles, that’s the basic premise of this fun, comedic romp written by Alun Owen and directed by Richard Lester (How I Won the War; The Bed Sitting Room).  Planned before Beatlemania was in full swing and released just as The Beatles had become a bona fide worldwide phenomenon, this quick-paced surrealist comedy that took cues from Lester’s earlier film, The Running, Jumping and Standing Still Film, is often credited, deservedly so, for inventing the music video genre. 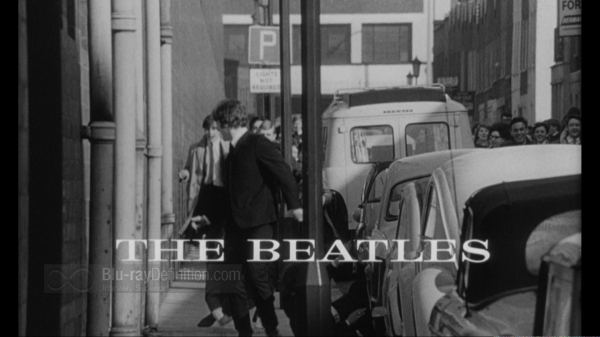 The “Can’t Buy Me Love” sequence was innovative in the way it was edited in time to the music with many quick cuts, and the use of multiple cameras during the band’s performances to focus in on them closely playing their instruments is a technique still in use today.

But that is not the extent of A Hard Day’s Night. As with a large portion of Richard Lester’s work, the film, thanks in big part to the brilliantly satiric screenplay from Alun Owen, poked fun at the stodgy upper class of British society as The Beatles wreaked havoc on London whilst making their way to a gig at an unspecified television variety show. Full of cheeky quips and classic one-liners, A Hard Day’s Night is not only the birth of MTV, but one of the pre-natal forms of Monty Python, this coming three years before Lester’s more obvious Python precursor, The Bed Sitting Room.

All these many years later, it would be difficult to not see the film as a document of the era as well. A record of a more innocent time, before the free love, psychedelic Beatles would come to the fore and the 1960s would derail into an era of turmoil, perhaps foretold in the pent up emotions of the screaming girls at those Beatles shows so skillfully reproduced in A Hard Day’s Night. 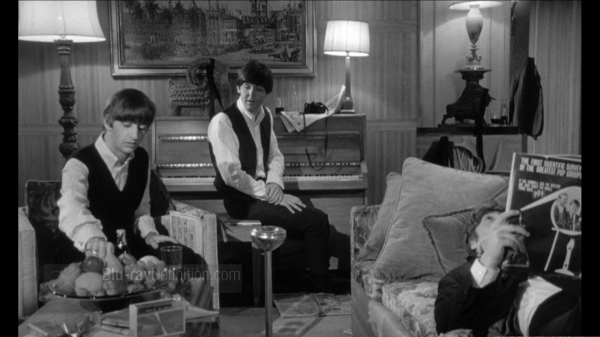 So far, I have found Alliance titles to be hit or miss and A Hard Day’s Night is no exception. The film has bemusedly been transferred at 1080i/60 to Blu-ray. There are some ever so slight issues with combing apparent and video noise is also present, occasionally overwhelming the film-like look of the natural grain structure.

The film’s detail is a bit on the soft side and there are some obvious specks of dust, dirt, and scratches that pop up from time to time. Black levels are not very deep and they tend towards inconsistency as well. Overall, although there are moments when this transfer of A Hard Day’s Night looks very strong and film-like, I have no doubt that a new transfer from Miramax to Blu-ray Disc could easily surpass this. 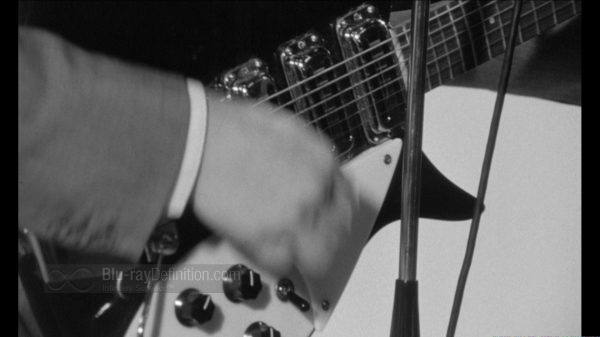 Although the English DTS-HD Master Audio 5.1 (48kHz/24-bit) soundtrack remains mostly monaural, and sounds a bit muffled during dialogue sequences, it absolutely excels during The Beatles’ musical performances. Surround channels and front left/right channels are used for ambience, but the musical performances sound open, dynamic and lively. 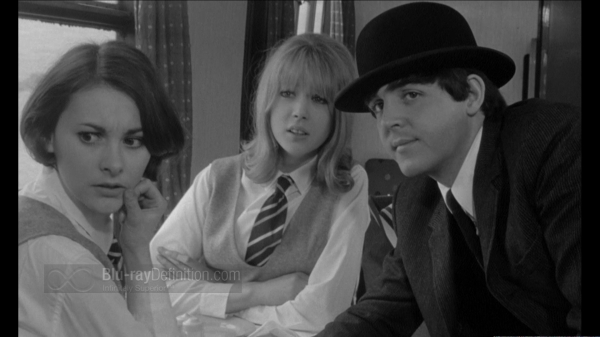 For the supplements it seems Alliance has done nothing more than transfer over all of the standard definition supplements from the previous Collector’s Edition DVD. Even with that being the case, there are hours of interesting supplements here that will keep Beatles fans occupied and the included twelve-page photo fold-out is also a plus. 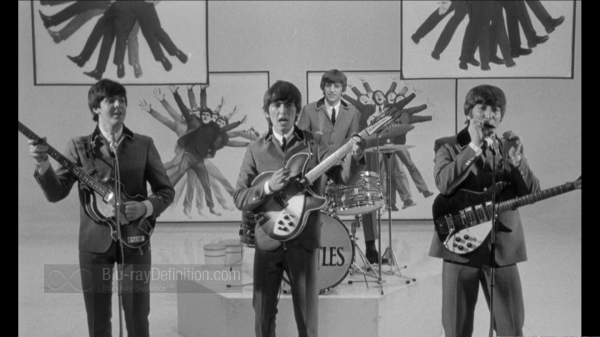 Watching and listening to The Beatles right at the early days of Beatlemania is an interesting exercise in rock and roll history for sure. A Hard Day’s Night set the bar for music videos and British comedy. This Blu-ray release, however good the sound may be, might not be worth jumping into just yet. I’m positive a better 1080p transfer can be made of this film, so if you’re willing to have some patience then pass this one up, otherwise go right ahead, because it’s certainly not the worst Blu-ray release out there either.