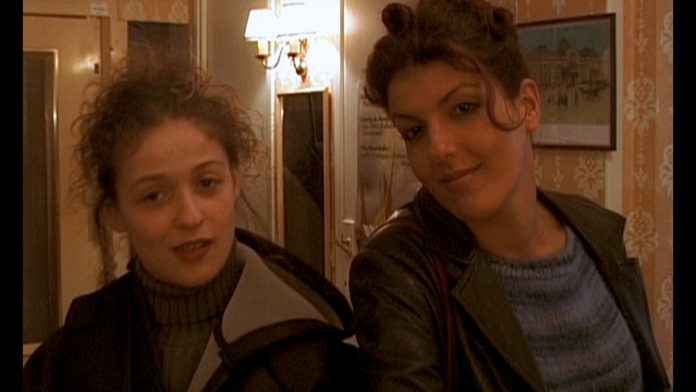 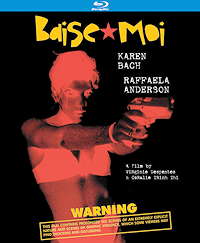 Baise-moi, the controversial French indie film from 2000, wears many monikers from feminist revenge thriller to graphic anti-porn. The title, which literally translates to “kiss me” but has a further slang meaning of “f**k me”. The translation in the U.S. of “Rape Me” is completely wrong although rape does play a role in the film. One of the lead characters, Manu (Raffaela Anderson) is raped in one of the most brutal scenes of the film. After she shoots a man dead with his own gun, she later makes the acquaintance of porn addicted call girl Nadine (Karen Bach) who earlier that night strangled her overbearing roommate to death. The two women then go on a violent road trip that involves sex, murder, and robbery.

Now, while there is much to be said and liked about the film from an empowerment perspective as well as the immediacy of its gritty indie production, its narrative is what makes it not standup very well. It seems too disjointed at times. There’s not enough character development and there’s too much coincidence and hard breaks from one scene to another. For instance, how Manu and Nadine just happen to meet is completely random and their total acceptance of each other’s violence having hardly known each other seems strange. Still, this is a film that does manage to draw you into its chaotic world. 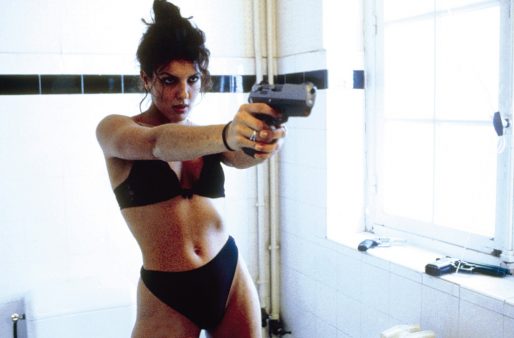 Baise-moi was shot on video so there’s nothing much that can be done to make this low budget indie look any better than it has ever looked. There’s a high amount of video noise and soft detail with low contrast. That said, this Blu-ray, framed in the original 1.66:1 and encoded in AVC 1080p is a minor upgrade over the previous DVD releases thanks to more efficient compression and higher bandwidth.

The audio track for Baise-moi is a French DTS-HD Master Audio 2.0 stereo mix. The low budget indie production doesn’t always have the best clarity and since I am not a native French speaker, I can’t really speak to how intelligible it always is, but it sounds generally fine and the musical soundtrack of French hardcore punk, European electronica and what not comes through with a lot of punch.

The audio commentary, making of, and Q&A for this film really do bring a lot of deeper insight to what is a much misunderstood and controversial film. I recommend giving them all a go.

An infamous arthouse classic from 2000 that gets a good bundle of enlightening bonus features. If you’re a genre fan than definitely pick this up.

Load more
Manu (Raffaëla Anderson), a survivor of a terrible, goes on a killing spree when she kills a man with his own gun and steals his money then meets up with Nadine (Karen Bach) a sex worker who strangled her overbearing roommate to death and together the two women go on a road trip involving sex, robbery, and murder in this explicit feminist arthouse classic from 2000.Baise-moi (Blu-ray Review)