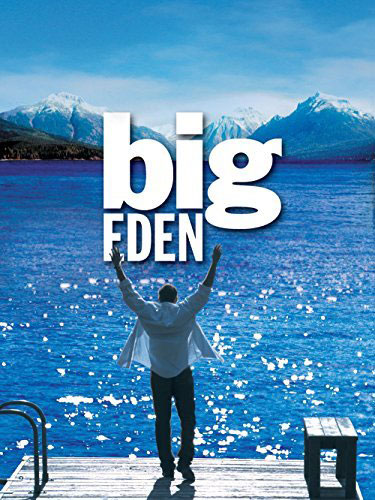 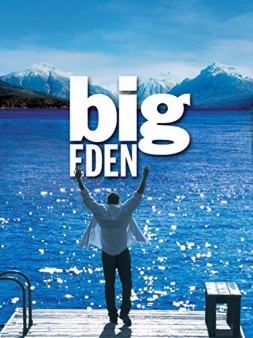 The award-winning gay romance film Big Eden is celebrating it’s 15th anniversary by being re-released on VOD and Blu-ray. It’s a film that takes us back to the simpler times; pre-9/11, a time when the hardest thing one had to most worry about was being single in a large city.

Henry Hart (Arye Gross), a very successful NYC painter, and eternally single, finds out that his grandfather, who lives alone back home in Big Eden, Montana, has had a heart attack. So foregoing a big opening for his latest artwork, and much to the behest of his very pregnant assistant Mary (Veanne Cox), Henry jumps on a plane to be with his grandfather Sam Hart (George Coe).

Going back home, to a state with beautiful lakes and mountains, brings back lots of memories for Henry. First of all, it’s where he met his first love Dean (Tim DeKay), a man who ended up leaving town and getting married. It’s taken a while for Henry to forget about him, including years of therapy. Back home is also where lots of his old friends still live, including Grace Cornwell (Oscar-winning actress Louise Fletcher), now a schoolteacher who was the one who informed Henry of his grandfather’s condition. Henry goes back home to a place that accepts his sexual orientation, times have changed and so has the community. Local busy body Widow Thayer (a very funny Nan Martin) makes it her job to nose into other people’s business and arranges teas for local people to ‘meet.’ Once she sees Henry back in town she arranges a tea lunch for Henry with the local single women, but when she realizes he’s gay, she arranges a tea lunch with the local gay men. But it’s not any of these men that Henry is interested in. He’s back in town specifically to take care of his grandfather and is not interested in dating any of them. But soon enough he finds out that the very good looking Dean has moved back to town with his two sons. Seeing Dean again brings back memories from the past, and also questions as to why they never got together. Meanwhile, Widow Thayer has volunteered to cook dinner for both Henry and Sam as Henry claims that, being a New Yorker, he simply doesn’t know how to cook. So for the first few nights Thayer makes and brings over dinner, but it’s local store owner Pike Dexter (Eric Schweig) who volunteers to take over the cooking duties. He buys recipe books to make the most delicious meals, meals that he delivers to the Harts but always saying that they come from Widow Thayer. When Pike delivers the dinner, he quickly leaves, never staying to join Henry and Sam when asked to. Pike is something of an enigma in town, he’s quiet, reserved, but at the same time tall and strong. Pike seems to be hiding something, is it something about Henry’s homosexuality perhaps? Henry stays on in Big Eden as his grandfather continues to improve, he appears to be in no rush to get back to New York. Will Henry decide to stay in Big Eden permanently and leave the big city behind? Do Henry and Dean finally hook up? Why is Pike to mysterious? And what does Widow Thayer have up her sleeve next?

Director and writer Thomas Bezucha crafts a beautiful romantic film with characters who could be from anyone’s hometown. The actors are all wonderful in their roles. And it’s a credit to Bezucha and his team that the setting is perfect. Every last detail is thought of and captured on film, and certain shots are set up perfectly, from the beautiful landscapes to the items in the local grocery story. Plus the country and western soundtrack gives the film a perfect flavor. It’s a must that you watch Big Eden as it takes us back to a simpler time. It’s one of the most romantic gay films of all time, and proves that yes, you can sometimes go back home again.

Big Eden is available for the first time on Blu-ray, new HD version for VOD, which includes new bonus materials.