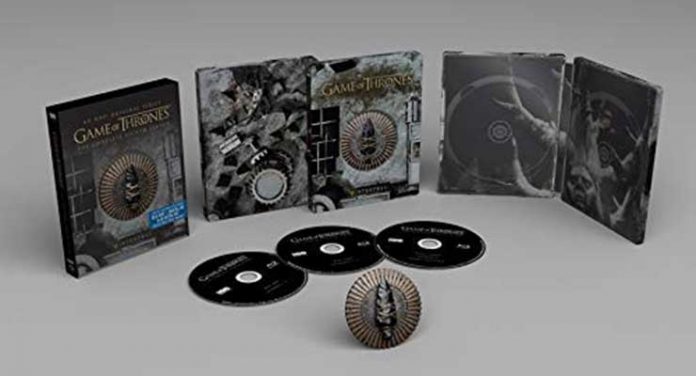 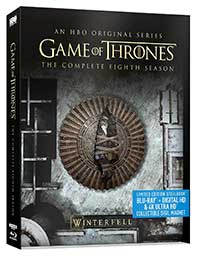 Season 8 of Game of Thrones is the final season of arguably the most popular series of the modern era in television, but it is hardly the best season. The issues with the season are well documented by now from random cups of takeaway coffee forgotten on set showing up in scenes to entire storylines that were just abandoned or quickly wrapped up in less than satisfying ways. It was not without its flashes of greatness, however. Arguably, the highlights of the season are episode 2 (“A Knight of the Seven Kingdoms”) where Jaime Lannister (Nikolaj Coster-Waldau) arrives at Winterfell and faces up to his past and the characters come to terms with their possible deaths as they prepare to do battle with the Night King and his army of the dead. A particularly poignant scene finds a number of the characters gathered together for a maudlin night of tale-telling and drinking; then there is episode 3 (“The Long Night”), where the big battle that had been alluded to from the very first episode finally comes to pass. Of course, the outcome of the battle and how it was ultimately resolved was also the cause of much controversy, with many fans saying it just seemed too easy in the end. From there, the season definitely took a downward turn as much of the momentum was lost and the story just seemed to want to wrap up very quickly. For example, the Lord Varys (Conleth Hill) about his unease with Daenerys (Emilia Clarke) was over before it even started. Normally, we would have had an entire season of plotting and intrigue, but none of this is very surprising when you have a shortened season (8 episodes) coming off of another shortened season.

In the end, Season 8 may have spawned petitions for a redo, even confused and confounded some fans, but it is the series finale we were given and there are moments here that are sublime, and some that were telegraphed seasons ago – who could not guess John Snow’s lineage before this season aired? If you want the complete GoT experience, then you will have to include this imperfect yet still reasonably enjoyable season. 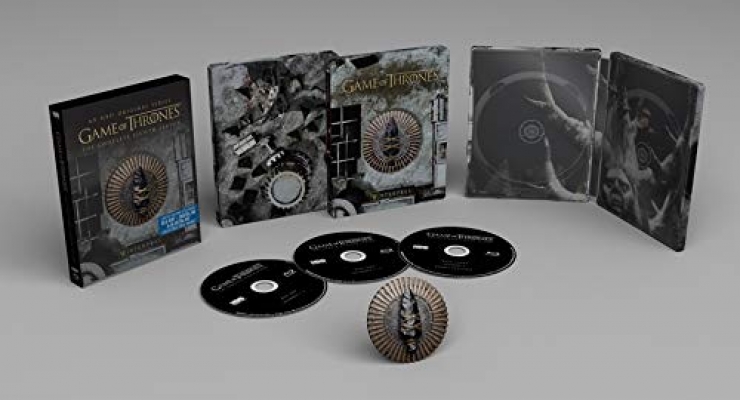 Game of Thrones has been shot digitally on the Red Epic Dragon since season 5. Season 8 comes to 4K Ultra HD Blu-ray in a 1.78:1 HEVC 2160p (4K) encodement with Dolby Vision HDR. Flames ‘pop’ wonderfully off the screen and we get excellent shadow details throughout the season. Remember all the complaints about how dark episode 3, “The Long Night” was? Well, the episode is certainly still shadowy, but it is hardly lacking in detail here thanks to the Dolby Vision. Shadows are nuanced, the gamma seems just right, with inky blacks and ‘pops’ of moonlight and torchlight. In other scenes, such as in King’s Landing, the image looks lusciously warm with a great palette of colors.

Game of Thrones Season 8 on 4K Ultra HD and Blu-ray gets a fantastic lossless and immersive Dolby Atmos audio mix. As with everything in this entire season, the mix is really shown off in episode 3, “The Long Night” where the battle against the dead at Winterfell takes place. Dragons flying overhead result in deep, resounding low end that will give your subs a workout, and there are excellent sound balance and dynamic range.

All the on-disc extras except the In-Episode Guide appear on both the Blu-ray and 4K discs. We get an excellent selection of making-of featurettes, behind-the-scenes, interviews, and of course the Histories & Lore that has defined this series on disc from the earliest release. Also included in this steelbook release is a collectible Winterfell sigil and digital code.

I wish HBO would release more seasons of Game of Thrones in 4K with HDR, if not on disc, then at least digitally, because this season looks spectacular. If we could see some of the superior seasons (Season 1 has also been reissued on 4K Ultra HD) in such quality it would be a joy. In the meantime, fans with the capability should scoop this up.