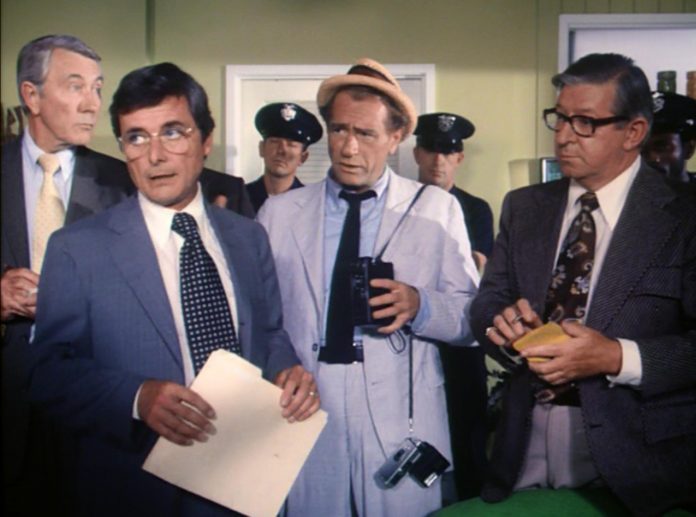 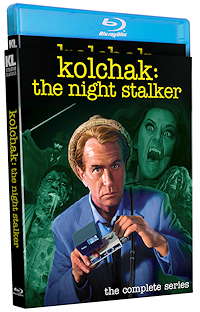 Set in Chicago, the story follows wire service beat reporter Carl Kolchak (Darren McGavin) who finds himself investigating and ultimately solving many murders in and around the city, which happen to involve supernatural and sci-fi forces that run the gamut from vampires and werewolves to murderous AI robots and ancient cannibalistic Aztec gods.

Chris Carter, creator of The X-Files, counts Kolchak: The Night Stalker as one of the major influences on that series and there are many similarities one can point to, from the obvious investigations of the supernatural, to the cinematography of both series, which favor the dark and shadowy streets, graveyards, and other eerie locations.

Kolchak is not without its faults, however. The voiceover narration by McGavin can sometimes be a bit annoying and it can become too much of a stretch to believe that this straw-hat wearing reporter whom no one seems to like is going around Chicago solving all of these supernatural cases while butting heads with the police and his editor every week. Still, the series does improve over the course of its twenty episodes, but apparently it didn’t improve enough to keep it on the air. Its low ratings had it off after just one season. This, however, is very much cult favorite fan material and the kind of series you get your bowl of popcorn out and binge over a weekend.

Kolchak: The Night Stalker comes in a 1.33:1 AVC 1080p encodement from Kino Lorber. This series likely looks better than it ever has in comparison to old broadcasts, the streaming versions, and previous home video editions. That said, this HD transfer still suffers from softness and a bit of noisiness in the darker areas and one can also spot a few hints of scratches and other bits of source damage here and there.

Kolchak: The Night Stalker comes with its original monaural audio mix in DTS-HD Master Audio 2.0. Though the level of the audio is a bit on the low side, there isn’t much to complain about with the audio on this Blu-ray release. It seems in keeping with the sound of a mid-1970s television production. Dynamic range is narrow, the low end is somewhat non-existent, but the dialogue is clean and there isn’t much noise or clipping and sound effects sound good.

There are a ton of bonus features included in this release, including an audio commentary for all twenty episodes, fourteen newly remastered original episodic TV spots, and an essay. The audio commentaries are a boon to fans. I particularly enjoyed the commentaries from Mark Dawidziak and the co-commentaries by Kim Newman and Barry Forshaw.

An enjoyable Watergate era paranormal series that was ahead of its time, packed with bonus features and in a serviceable Blu-ray transfer from Kino. Fans will enjoy the hours of audio commentaries and TV spots. Recommended.

Kolchak: The Night Stalker is out on Blu-ray October 12, 2021 from Kino Lorber

Load more
A beart reporter in Chicago is drawn into investigating crimes that involve the supernatural in this cult fan favorite 1974-1975 TV series reissued on Blu-ray from Kino Lorber. Brandon A. DuhamelKolchak: The Night Stalker (The Complete Series) (Blu-ray Review)