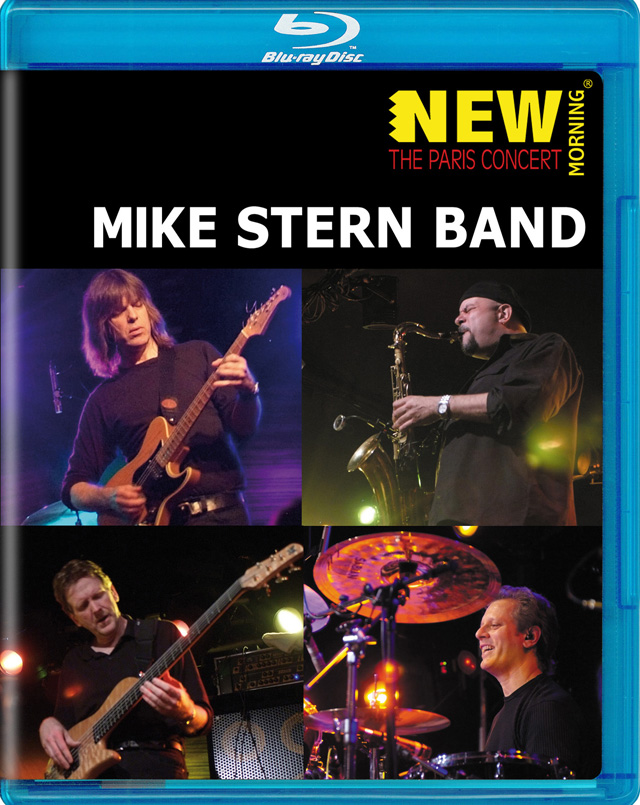 Jazz guitarist Mike Stern has spent his career working with some of the legends of the Jazz world. From Miles Davis, George Coleman, and Joe Henderson to Jim Hall and David Sanborn, the sound of his axe has graced the bands of many a Jazz icon. But Stern is more than just a sideman. Stern has also made a significant contribution to the genre as a bandleader, composer, and recording artist and is one of the most well respected contemporary Jazz guitarists in the industry today. 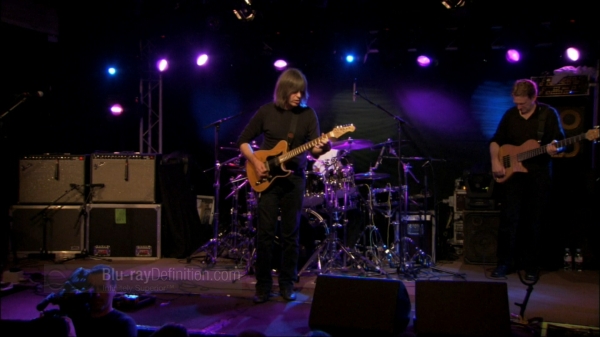 Stern’s music is an amalgamation of New Age, Rock, Blues, and Traditional Jazz, with Pop overtones. Imagine a slightly less watered down, instrumental version of Sting, or a slightly softer version of a jazzy Jeff Beck, and you’ll understand the music of Mike Stern. If one were to visualize his tone, it might be like diamonds falling through black silk. It is clean, round, and crystalline.

In the spring of 2008, the four-time Grammy nominee performed at Paris’ New Morning with his band, consisting of Bob Franceschini on tenor sax, Dave Wecki on drums, Tom Kennedy on bass, and of course, Stern handling the guitar duties. This Blu-ray Disc release from Inakustic captures that mesmerizing performance from the Mike Stern Band on that night in Paris.

Highlights from the performance of all-original tracks include “Wishing Well,” “KT” and “That’s All it Is.” 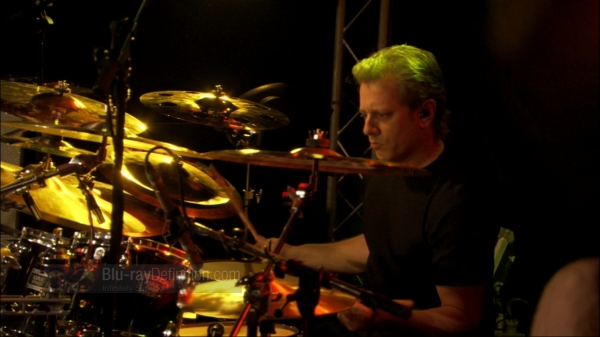 Originally captured in high definition at the New Morning in Paris, this Blu-ray release arrives with a 1080i/60 VC-1 video encoding from Inakustik. Although the low light levels of the stage setting tend to raise the levels of video noise, the picture looks relatively clean and stable with deep blacks, strong shadow delineation and no motion artifacts. Background and distance detail is a little soft, but close-ups reveal a high amount of detail, from scratches on brass instruments to individual strings on guitars. It’s an overall classy presentation for this superb music. 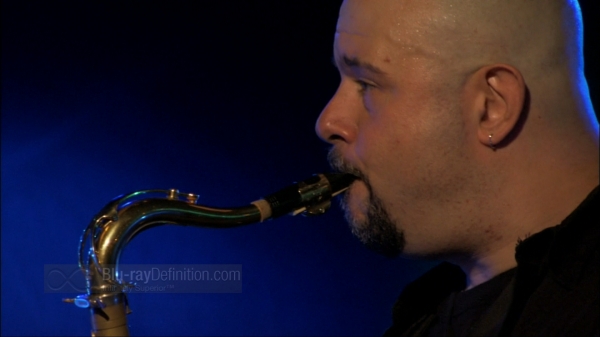 Audio quality is typically strong for this release, falling right in line with the previous two releases from Stanley Jordan and Yellowjackets that I have reviewed in this series from Inakustik. In the DTS-HD Master Audio and PCM 5.1 mixes (48kHz/16-bit) instrumentation is nicely balanced, bass is deep, but tight and musical, and high frequencies are relaxed. The surround channels add have an appropriate amount of ambience added to widen the soundstage just enough to capture that live, Jazz club presence. Dynamics are preserved and the midrange is punchy and clean without being boxy.

The Dolby 2.0 mix is mastered at a much louder level and dynamics are much less well persevered there. Instrumental separation also breaks down into a more chaotic sound and things sound a little shriller. 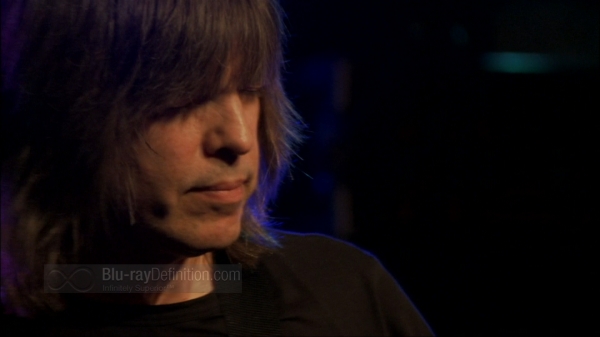 This Mike Stern Band: New Morning release is absolutely barebones offering not a single extra bit of material to supplement the main program. It would have been nice to have at least one or two bonus performances. 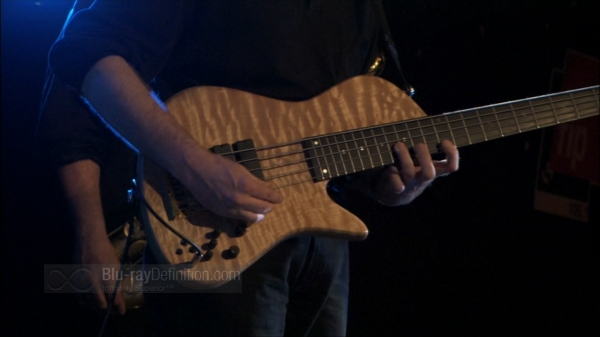 Mike Stern is that special sort of musician who defies categorization. Sure, if one is lazy, they can generally lump him into the Jazz category and be done with it, but his music is so much more than that. He is not exactly Fusion, not quite New Age, not particularly Rock, and not all Jazz — he’s just enjoyable, soulful music. This is another must own release for any music lover from Inakustik who have so far more than impressed me with their opening salvo of releases here in the U.S.