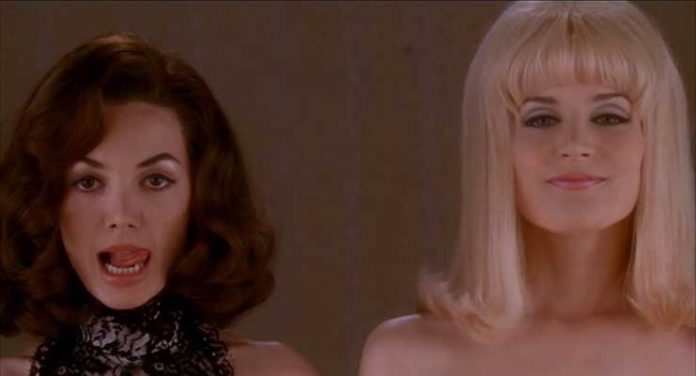 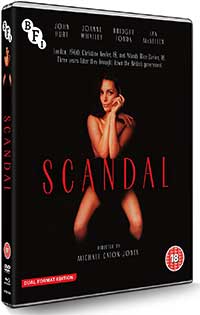 Scandal, the first feature film from British director Michael Caton-Jones, hit theaters in 1989 and told the real-life story of the so-called ‘Profumo Scandal’ of 1963 which rocked British politics and brought down the then ruling Conservative party. The film itself ran into controversies of its own given its handling of politics and salacious topics like prostitution and freewheeling nude scenes which would make it a difficult film to get made in today’s climate.

The story begins when well-connected doctor Stephen Ward (played marvelously by John Hurt) becomes smitten with exotic cabaret dancer Christine Keeler (Joanne Whalley). Ward plucks the working-class Keeler from her life as a dancer and has her move in with him, giving her a Pretty Woman-style makeover that even includes redoing her bleach blonde hair to her natural and sultry dark brown. Soon Christine is meeting and also dating many of Stephen’s powerful, Conservative Party connections, including Secretary of State for War John Profumo (Ian McKellen). When a violent incident at Stephen’s flat with Christine’s black musician boyfriend brings her relationship with Stephen and subsequently John Profumo to light, it sends a scandal shooting through the government that threatens their rule and their freedom.

The film screened at Cannes and Venice film festivals and Bridget Fonda was nominated for an Oscar for Best Supporting Actress for her role as Christine Keeler’s friend and partner in crime Mandy Rice-Davies, although I can’t honestly say what was so special about her performance other than a bad English accent that warranted the nod. 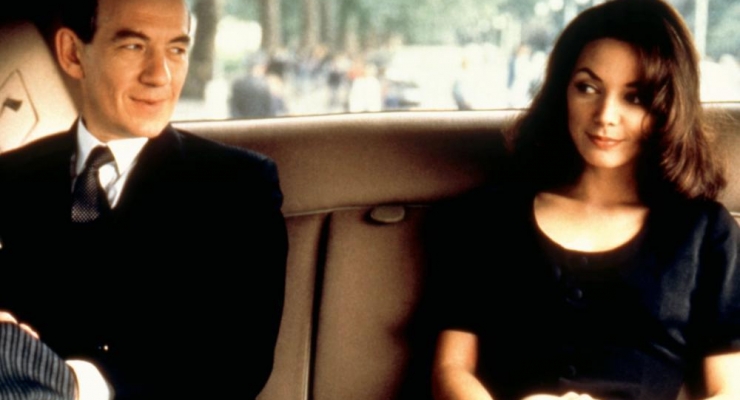 Scandal comes to Blu-ray for the first time worldwide from the BFI in a new restoration taken from the original materials encoded in a 1.85:1 AVC 1080p transfer. The opening credits look troubling given the amount of film softness and incidents of source damage like bits of scratching and some dirt that show up, but after the credits pass, things really turn around and we get a pristine, crisp, and natural-looking film grain, good black levels and rich, balanced saturation.

An English LPCM 2.0 stereo track is the only option, but it is solid and works well for the material providing clean dialogue, good stereo imaging and a decent amount of dynamics given the dialogue-driven nature of the film.

BFI includes an excellent selection of bonus materials, as usual, including two audio commentaries, new interviews with the director and producer, and two short films.

This lavish, titillating, and controversial film helped close out the 1980s with its scandalous telling of an actual political and sexual scandal that rocked the British government only a decade and a half before. BFI brings the film to Blu-ray in an excellent new restoration packed with high-quality bonus features.