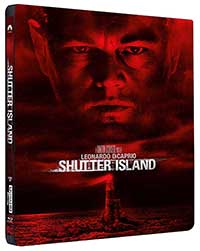 Martin Scorsese directed the psychological thriller Shutter Island, based on the novel by Dennis Lehane, and made no secret of the obvious influences alluded to in the film to the works of Hitchcock and other film-noir genre films.

Set in 1954, Leonardo DiCaprio stars as U.S. Marshall Teddy Daniels who travels to an eerie, rocky island off the coast of Boston, Shutter Island to investigate the disappearance of a murderer who escaped from the asylum for the criminally insane being run on the island by a mysterious psychiatrist names Dr. Cawley (Ben Kingsley) and his German colleague Dr. Naehring (Max von Sydow).

From the moment Teddy and his new partner Chuck Aule (Mark Ruffalo) things at the facility don’t seem right. They are greeted by the hostile Deputy Warden McPherson (John Carroll Lynch) and they are very specifically warned away from a certain ward in which they are denied entry without first getting express permission from Dr. Cawley, the implication being they will not get permission and it is far too dangerous anyway because that is where the most maniacal of their wards.

The deeper Teddy gets into the investigation of the facility and the missing killer, the stranger things start to become for him as the situation begins to lead to him flashing back to his time during World War II. He soon begins to lose a grip on his own reality and suspects that Dr. Cawley and the workers at the asylum may be doing something to him in order to brand him as insane and keep him from leaving in order to coverup what they are really doing to their patients.

This may not be one of Scorsese’s greatest films, but there are so many things to love about Shutter Island that it is obvious cult favorite material. The dynamic noir lighting, the twists in the plot, and the heightened acting performances are all delectable. Scorsese feels freed from any burden of living up to expectations of comparisons to himself here and is just reveling in the joy of genre that he loves and seems to have a great handle on.

Perhaps most brilliantly with Shutter Island is how Scorsese ends it with an ambiguous ending regarding the truth about Teddy after a prolonged and intense finale. We are allowed to interpret one way or the other what Teddy is really doing at Shutter Island. 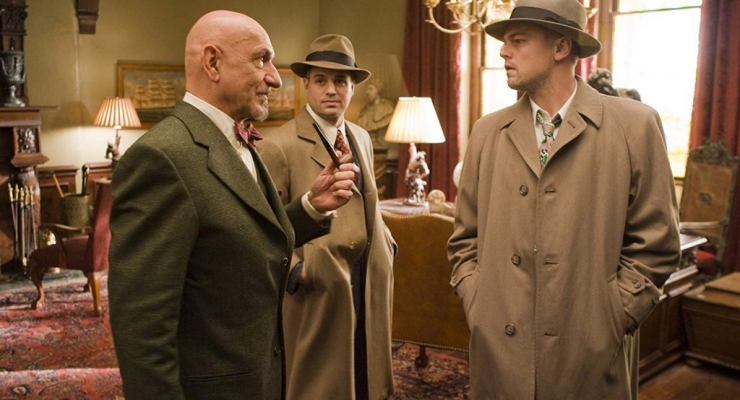 This 10th anniversary edition of Shutter Island arrives in a 2.39:1 HEVC 2160p (4K) encodement with Dolby Vision HDR from Paramount. The film was originally shot on 35mm and some scenes on 65mm on various Arri and Panavision cameras and that filmic look is carried over. While the grainy look of the film is maintained, the grain structure looks more refined in this 4K Ultra HD release and the Dolby Vision adds a good amount of ‘pop’ and color nuance to an often desaturated palette through the warm glow of lamps, the flashing of lightning against the amorphous grey sky, and brilliant flames in a fireplace.

This 4K Ultra HD release of Shutter Island may not come with a new Atmos or DTS:X remix, but the DTS-HD Master Audio 5.1 mix is fantastic, nonetheless. There’s lots of atmosphere, solid sounds from the surround channels, and clean dialogue. Stereo panning is wide, and the score is wonderfully balanced into the sounds of the film.

Collectors who love steelbooks will appreciate the steelbook packaging and artwork, but there is no included digital copy code.

It is disappointing that this set does not include a digital code, but what is not disappointing is the excellent 4K transfer of this atmospheric neo-noir, psychological thriller from Martin Scorsese.