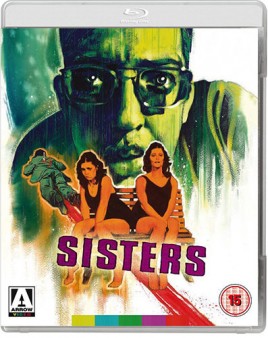 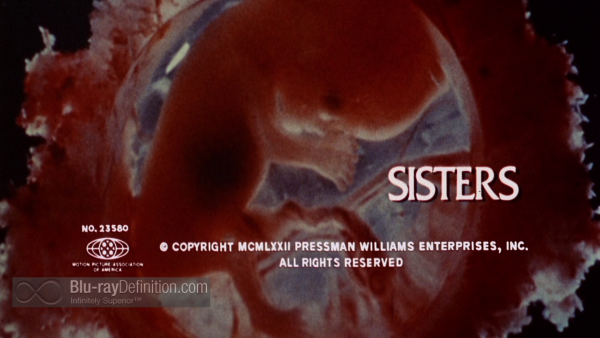 Brian De Palma’s 1973 psycho-thriller Sisters (originally released in the UK as Blood Sisters) is the weird Hitchcockian work that launched the filmmaker down the path of his signature style in the horror/thriller genre, which would later lead to such classics as Carrie, Dressed to Kill, and Blow Out.

A bizarre twist on the horror genre inspired by a LIFE magazine story, Sisters includes a pair of French Canadian conjoined twins from Quebec (both portrayed by a perfectly unhinged Margot Kidder), a “race murder”, and a strange insane asylum.

Danielle (Margot Kidder) meets potential boyfriend Philip (Lisle Wilson) after appearing on the TV show Peeping Toms and invites him home for a nightcap. This act invokes the ire of her estranged twin Dominque (also Kidder). From across the courtyard, Grace (Jennifer Salt), spunky reporter for a local Staten Island paper, witnesses one of the twins stabbing Philip to death gruesomely and calls the police, but when they all arrive on the scene, no evidence whatsoever can be found. Of course, ever the inquisitive reporter, Grace can’t leave the incident alone and she decides to investigate on her own without the police’s help. It puts her in danger’s path and leads to strange revelations from the twins’ past.

With influences from everything including Psycho and Rear Window, and a score from Bernard Herrmann (Citizen Kane; Psycho), Sisters is De Palma’s coming out party, where he began to define his key signature style. We see in this film how he already begins to play on the riff, so to speak, of the split screen, the angular shots, and the twisting plot lines.

While the story underpinning Sisters may not stand up well without all the aural and visual tricks that De Palma so effectively laces it with, it is a fine romp nonetheless, showing that the director, early on, knew how to both build suspense and shock, from a peek around a corner, to the interracial daliance that gets the story kicked off, which, in 1973 (and as we saw from the uproar over a recent Cheerios commercial, even today) was surely an in your face statement. 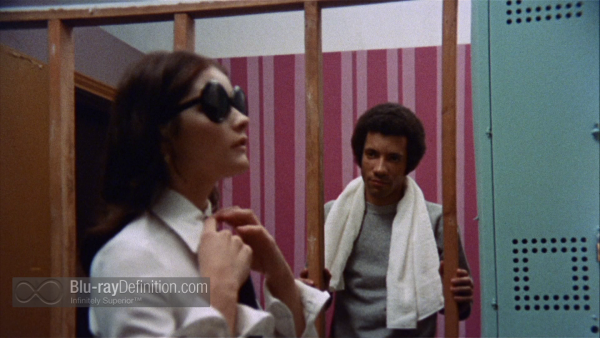 A new digital transfer from Arrow Video, Sisters comes to Blu-ray in AVC/MPEG-4 at 1080p with lots of natural grain and texture. Contrast is strong and colors, especially the primaries like reds really stand out. Although nicely saturated, flesh tones look natural. Grain haters may not like the look of this film, but it seems consistent with these early De Palma works being released by Arrow, and looks quite good given age and production. 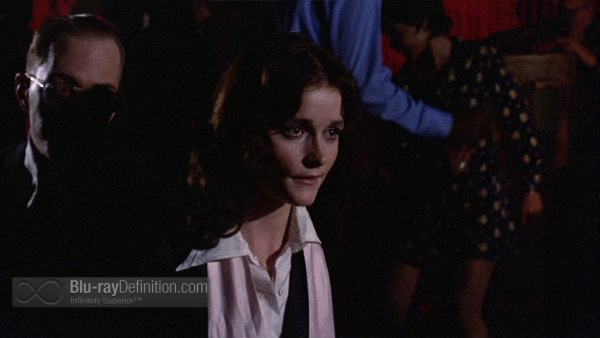 The original monaural soundtrack is included in English LPCM 1.0 (48kHz/24-bit). It sounds quite boxy and scratchy, with lots of audible in-source clipping. It’s not one of the better sounding catalogue releases. 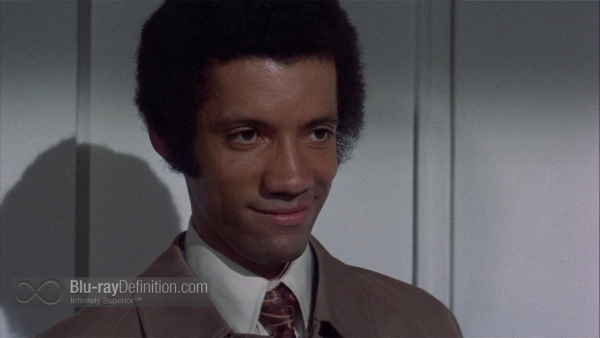 In typical Arrow Video fashion, we get an abundance of new interviews, featurettes, and artwork, plus a fine booklet with a new essay and De Palma’s own original 1973 essay from the Village voice. 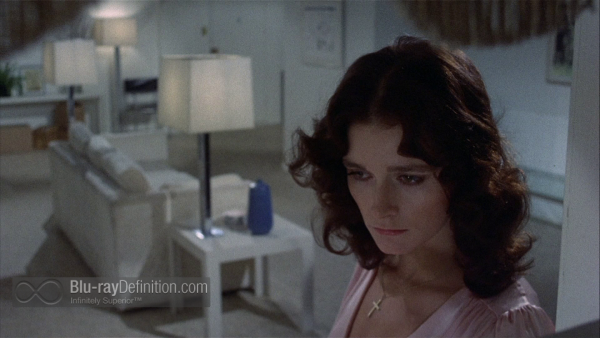 Sisters is great Hitchcokian fun with the De Palma style stamped on it. It doesn’t rise to the same level of quality or originality of some his later works, but it makes for a fine bit of late night escapism, especially in this new Arrow version on Blu-ray (and DVD). 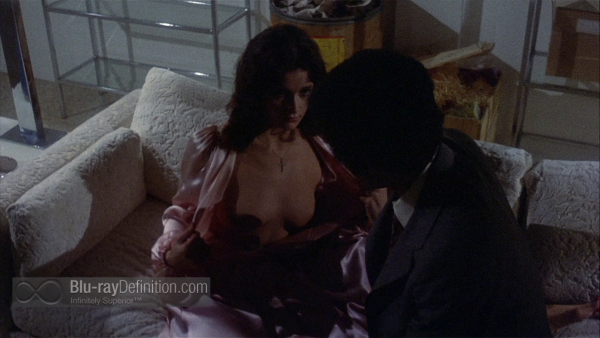 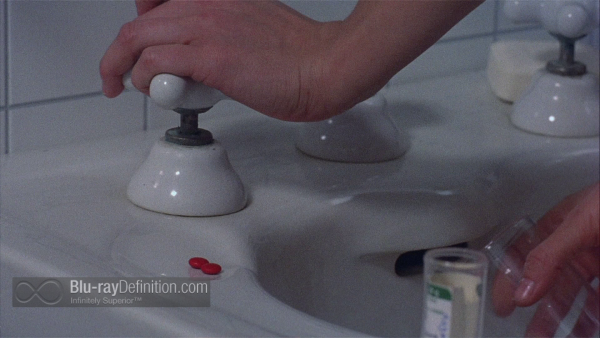 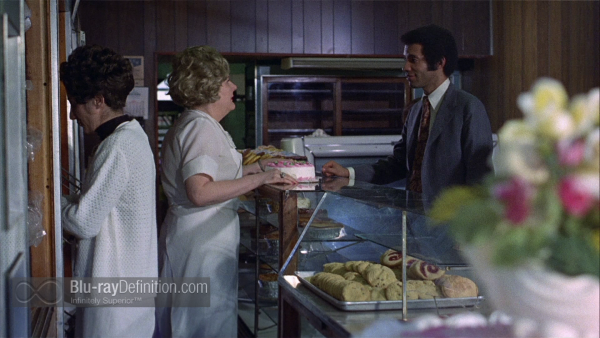 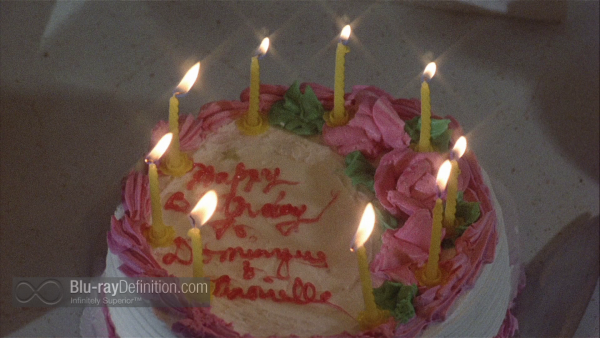 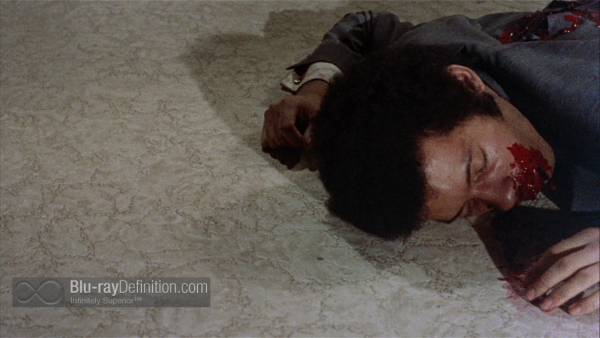 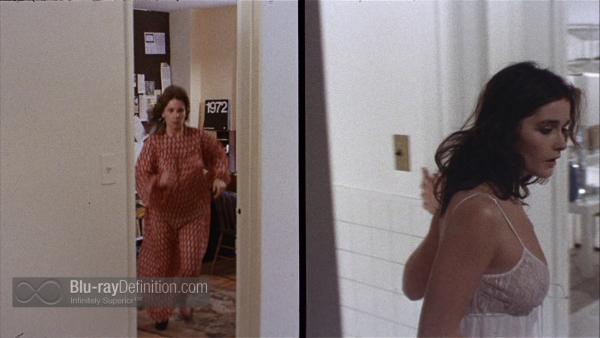 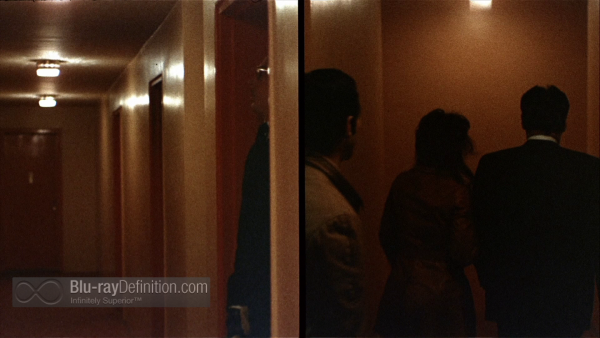 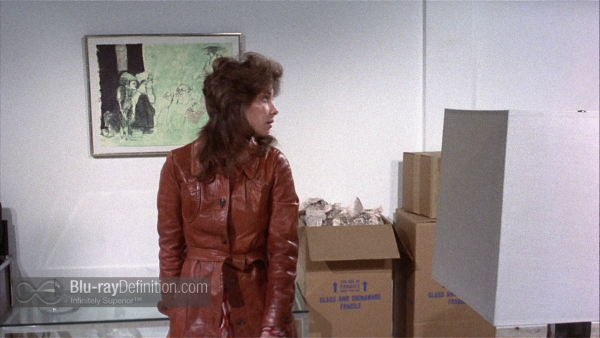 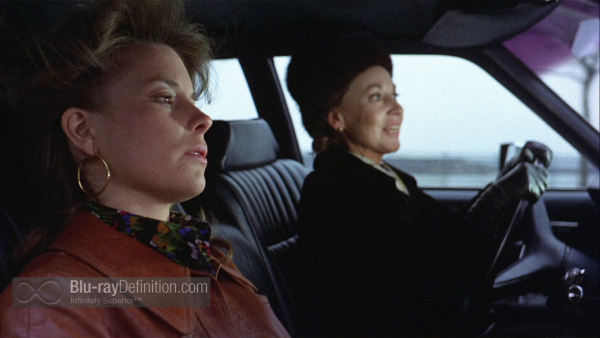 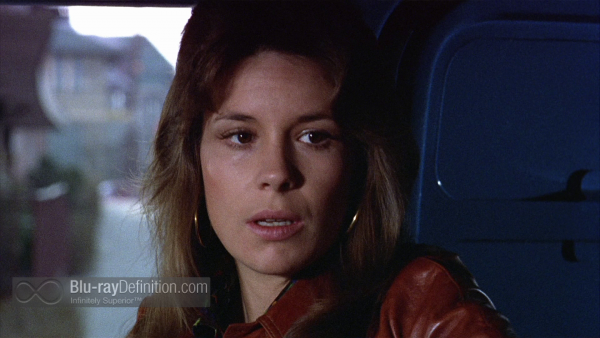 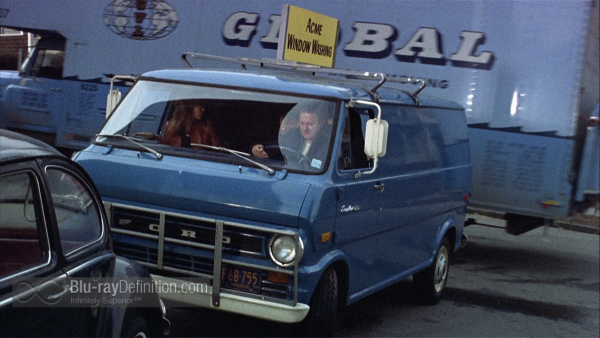 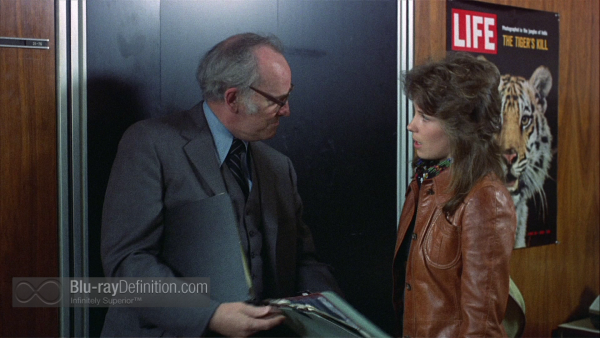 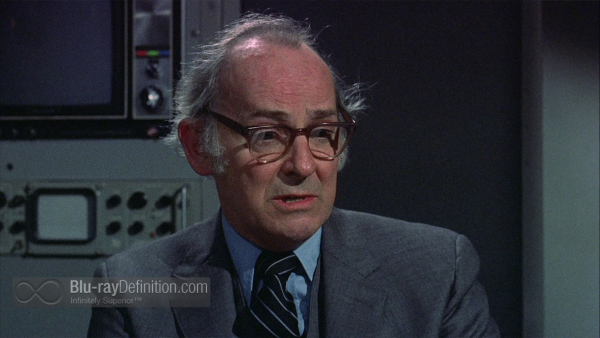 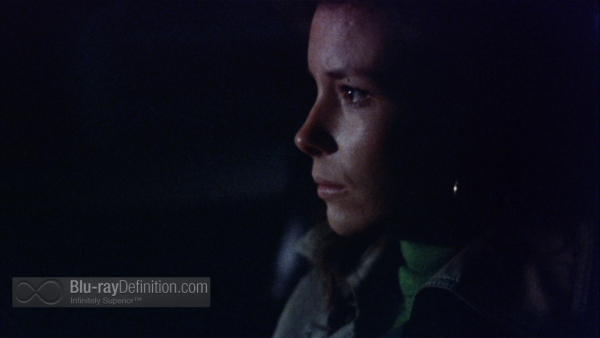 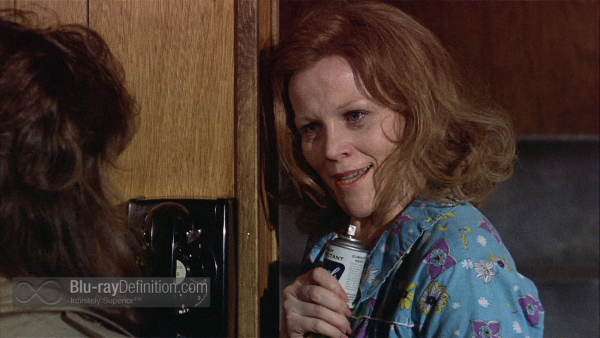 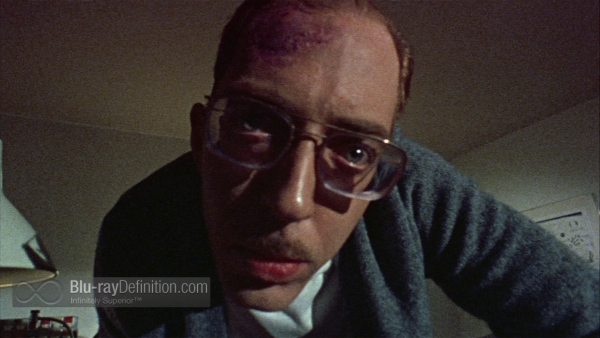 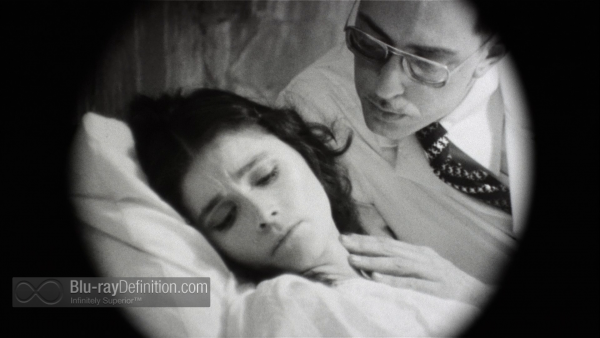 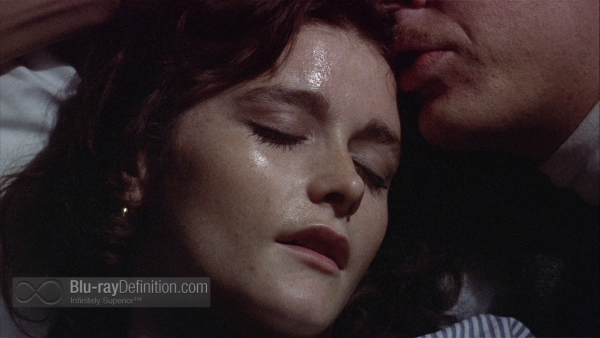 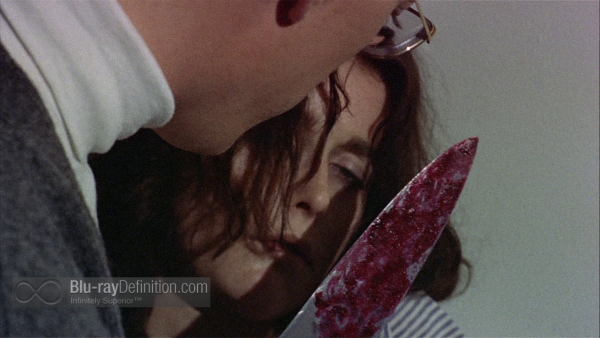 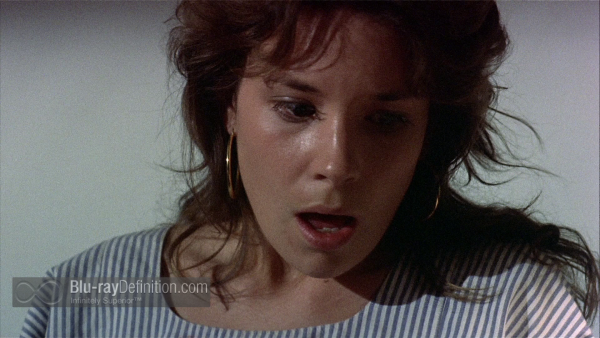