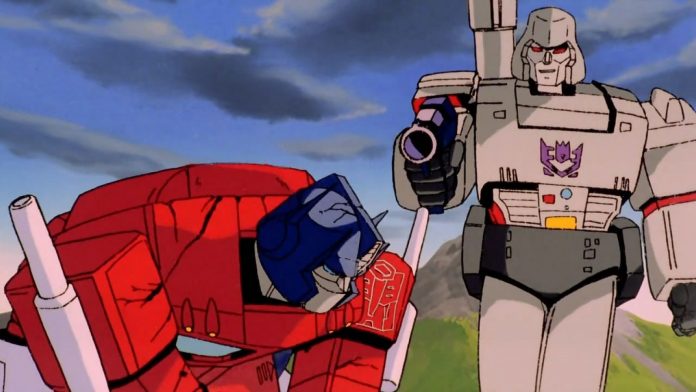 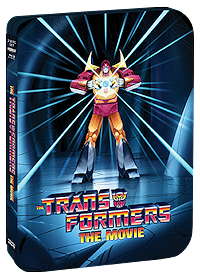 The Transformer the Movie is the original animated feature-length film featuring the toy line. Forget Michael Bay. This is the one to watch. The film from 1986 collected the voice talents of Orson Welles in his final voice acting role as the Omicron and a cast that included Casey Kasem, Judd Nelson, Leonard Nimoy, Eric Idle, and Peter Cullen with a bombastic 1980s rock soundtrack of power ballads and arena rock from the likes of Weird Al Yankovich and Stan Bush. It pits the heroic Autobots against the villainous Decepticons and Unicron in an action-packed film that is spectacularly animated. The opening sequence alone with the best works of Ralph Bakshi or Hayao Miyazaki. Beautiful colors, detailed artwork, and magnificent character designs are only one part of what is also a heartfelt ride.

The Transformers the Movie is a new 4K restoration from a 4K transfer of the original film elements and is brought to 4K Ultra HD Blu-ray in a 1.85:1 HEVC 2160p (4K UHD) encodement with Dolby Vision. It has a MaxLL of 962 nits and a MaxFALL of 41 nits. While the Dolby Vision on this release doesn’t really add much brightness or even a lot more vibrancy to the colors, the overall look of the 4K transfer on the 4K disc looks very good. They have cleaned the image up just enough but haven’t scrubbed it clean so we can still see grain structure. Colors look very vibrant, especially laser beams and things of that nature. Comparing the also restored Blu-ray that is included, the image is very close and so is the coloration. There is a little less crispness in the grain on the Blu-ray and in some places the blacks may look a little bit inkier on the Blu-ray, but it’s very, very close. The 4K disc wins mostly on the grounds of being widescreen.

The Transformers the Movie comes with English DTS-HD Master Audio 5.1 and DTS-HD Master Audio 2.0 stereo. I reviewed the 5.1mix and it is a wonderful representation of the ‘80s power ballads, glam metal, and sound effects that populate this movie. There is aggressive panning across the front following the action with lots of dialogue and effects often shifting across the soundfield. The lows are pretty deep in the LFE and dynamics are wide.

This is a classic animated feature film that is packed with an all-star voice cast, eye-popping artwork, and a story with a lot of heart. The 35th anniversary SteelBook is definitely recommended for collectors and fans.

The Transformers the Movie is out on 35th Anniversary Limited Edition 4K SteelBook August 3, 2021 from Shout! Factory