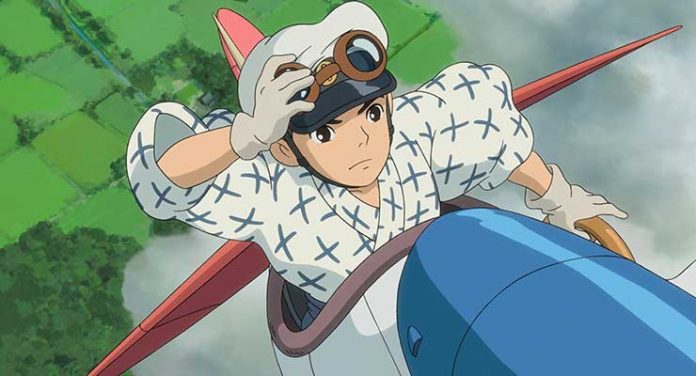 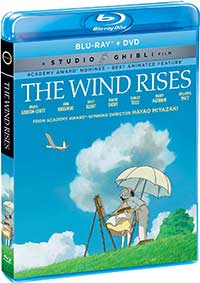 Purportedly Miyazaki Hayao’s last film (the famed anime director has made the same claim in the past concerning his 1997 film Princess Mononoke and sure enough, the director is currently working on a new film, How Do You Live?), The Wind Rises (風立ちぬ)  is a fictionalized biopic on the life of Horikoshi Jiro, the aeronautical engineer who designed the Mitsubishi A5M and A6M Zero fighter planes that would be used by Imperial Japan during World War II. Beyond being a simple biography or docudrama, however, The Wind Rises is an examination of creative inspiration and also the loss of innocence. It may be one of, if not the most mature work of Miyazaki-san’s career, and if it is truly to be his last, it is a fitting final work, and a wonderful flip side to the more fanciful lightheartedness of his last work, Ponyo.

The Wind Rises is beautiful, often elegiac, sometimes inspirational and a little romantic, about love and art, and despite not being a fantasy, it is one hundred percent Miyazaki in its visual aesthetic and maturity of storytelling. It would have made a fitting end to a career, if in fact it had been his final film.

The film is accompanied on this particular release with a star-studded English dub featuring Stanley Tucci, Joseph Gordon Levitt, William H. Macy, and Emily Blunt. They do an excellent job, better than average for most anime dubs.

The Wind Rises is provided on Blu-ray in an AVC 1080p encodement framed at 1.85:1 from the original 2K master. This looks just as good as the UK release from StudioCanal I reviewed a few years ago that was a part of their Hayao Miyazaki. It is clean, free from noise, posterization and aliasing, and has excellent colors that aren’t oversaturated.

This Shout! Factory/GKIDS Blu-ray release of The Wind Rises comes with both the original Japanese-language monaural audio mix and the star-studded English dub in DTS-HD Master Audio 2.0. You really can’t go wrong with either one. Although they are mono-only, there’s excellent dynamic range and separation of sound effects from dialogue and score, good balance and tonality so the midrange is punchy and high frequencies natural. Dialogue comes through clearly as well. I would say purists should go with the Japanese mix, but Miyazaki has gone on record saying he prefers non-Japanese speakers watch the dubs of his work so to be able to better appreciate the animation. Take your pick.

This is a small but superb collection of extras that offer up lots of interviews and behind-the-scenes footage. There’s also an exclusive booklet that contains a director’s statement and an essay on the film and the Japanese and war.

A dramatic and visual masterpiece from an animation legend, The Wind Rises may be somewhat too meticulous for younger audiences, but for those older lovers of animation who have been devotees of Miyazaki for years, they are sure to enjoy this latest phase in his career. This Shout! Factory release is pure reference quality and has a strong collection of bonus materials. Highly recommended.

The Wind Rises is out on Blu-ray Combo Pack September 22, 2020 from Shout! Factory & GKIDS